Back to the grind post Memorial Day and Ryan’s first birthday! I took the weekend off from phones and computers for the most part and I’m so glad because I really got the savor the last few days of Ryan’s first year without checking my phone and checking out. Sometimes it’s really nice to just be, as much as I love social media and reading blogs.

Anyway, here’s to another What I Ate Wednesday! This is actually our eats from Ryan’s birthday, thought it would be fun to be able to check out what we did on his birthday. Alex was at work so it was a pretty low key day. My mom came up to take the birthday boy toy shopping. Without further ado, here’s our day in pictures!

Good morning little boy! Ryan’s up later than normal at 8:30 due to teething all night. He’s smiley though so after a nursing and a change he’s in his jumpy chomping dried apples and watermelon. 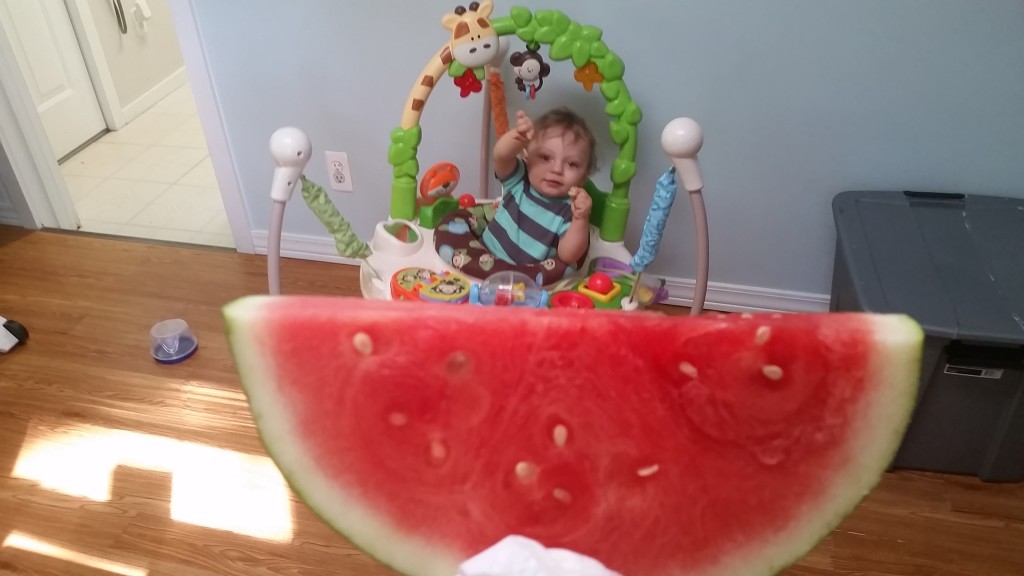 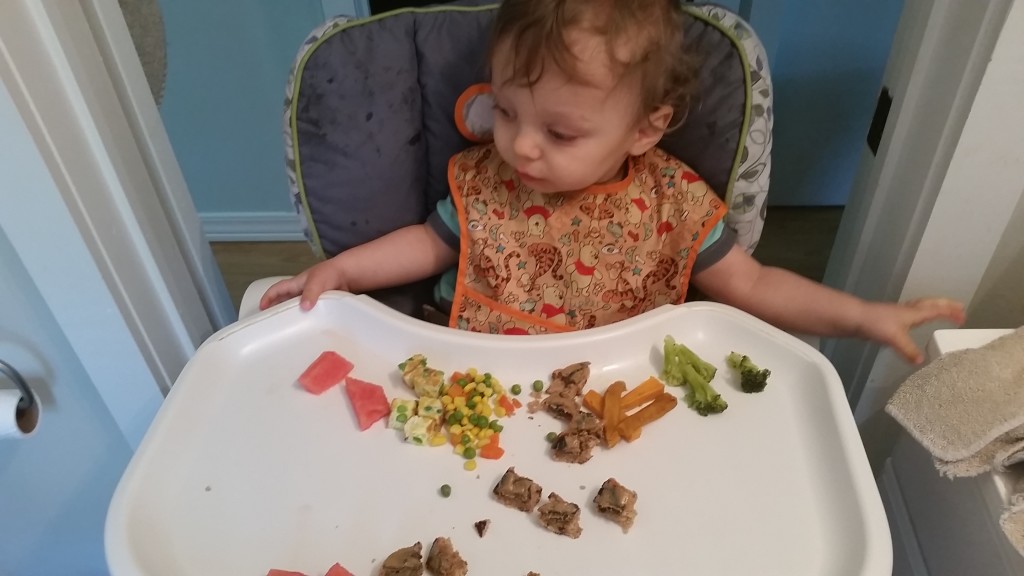 Breakfast: Watermelon forever for the momma. I sprinkle mine with salt and eat so much that I’m too full for any other breakfast. Pancakes, veggies, watermelon and eggs for the birthday boy.

After breakfast was playtime, where the little boy was moving so fast and furious that every picture I took of him was a blur. Also, he didn’t want to put on clothes after breakfast, and who am I to make a birthday boy unhappy?

A nap later, Gammie (my mom) was here and ready to hang!

Lunch: I made my mom and myself chicken taco salads (chicken, avocado, tomato, onion, cucumber, olives, homemade salsa, chicken, greek yogurt and homemade avocado vinaigrette) and Ryan had bits and pieces as well. Salads make BLW and meals SO easy – take what you’re having, cut some up and give to baby. Easy Peasy. No picture of Ryan’s food because he gobbled it as it came to him. 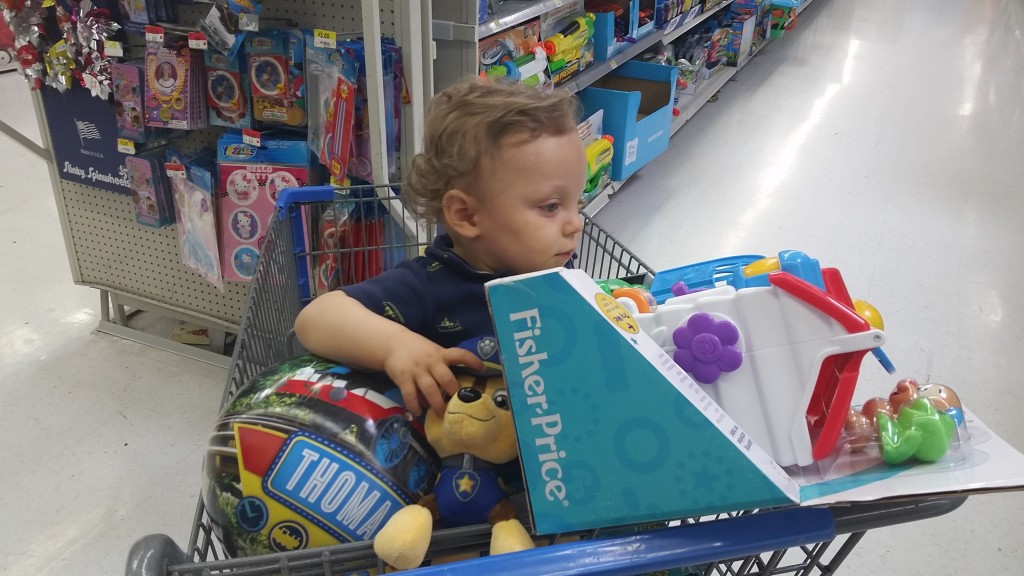 Next was a trip to the store where he got VERY spoiled. #onlygrandchild

Followed by a trip to the grocery store and saying goodbye to Gammie. An unpictured free Panera iced coffee may have happened in between. 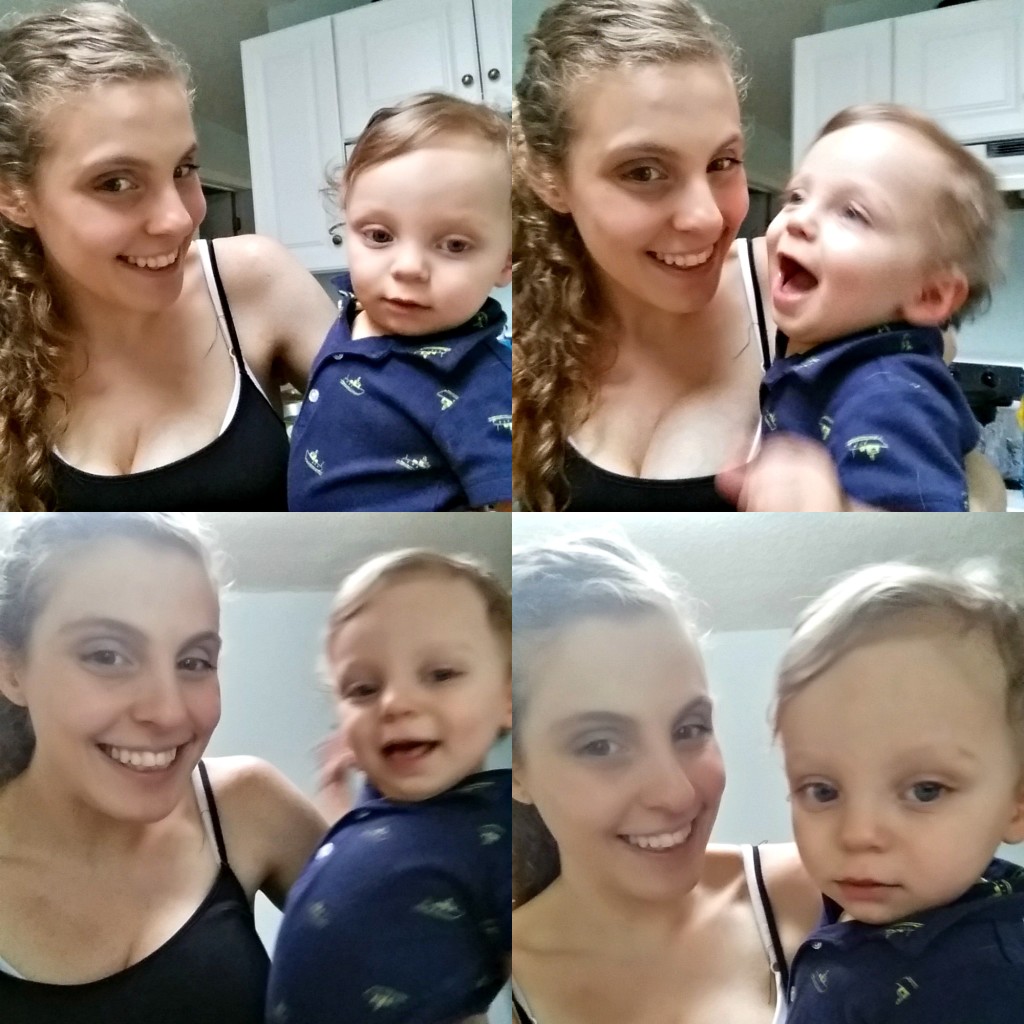 After his nap, Ryan plays with his walker while I get dinner together.

Dinner: Grill food for me means minimal clean up. BBQ chicken kabob of half a chicken breast, mini potato kabob (boil mini potatos until tender, coat in olive oil, salt and pepper and throw on the grill to get crispy) and a charred corn cob. Ryan gets all of his favorites for dinner – seasoned chicken (chicken cut small with paprika, garlic powder, black pepper and a litttttle bit of salt cooked in a non stick pan) watermelon, tomatoes, olives, eggs, sweet potatos, apples. 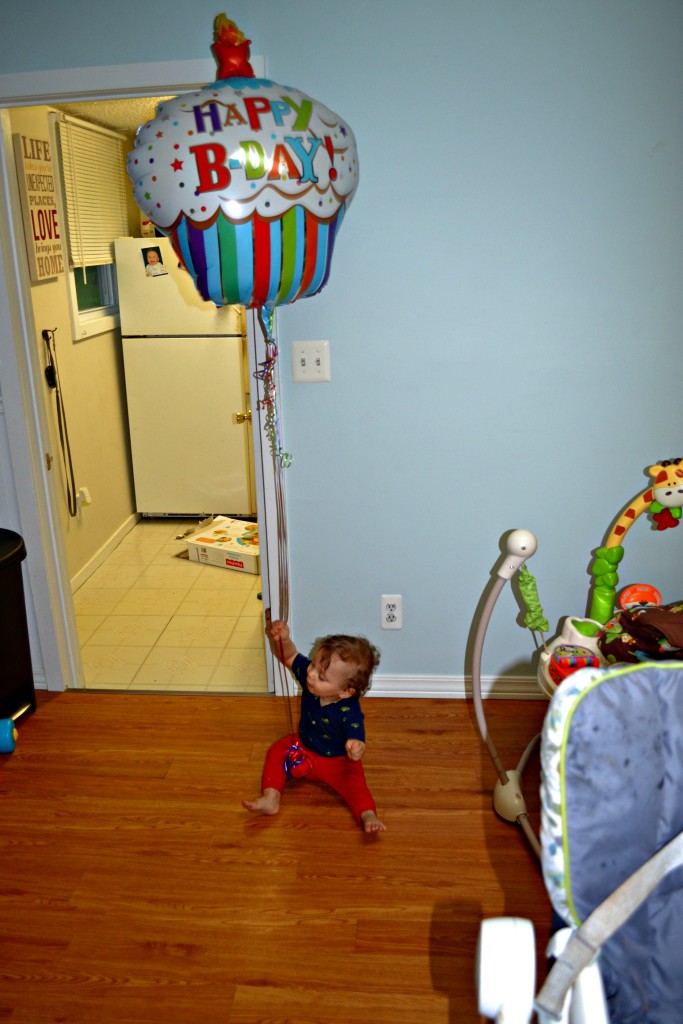 A little playtime with his birthday balloon, a tub, and bedtime for the little birthday boy and a snack for the momma. More watermelon and a coconut Chobani. Dip the watermelon in the yogurt=amazing.

So, a great, low key first birthday for my favorite boy. I’m feeling so sad and so happy that he’s already a year, it’s the weirdest feeling.

I hope you guys all have a great Wednesday!! Linking up with Peas and Crayons for What I Ate Wednesday!

Do you like salt on your watermelon? Whats your favorite greek yogurt flavor? Let me know in the comments!