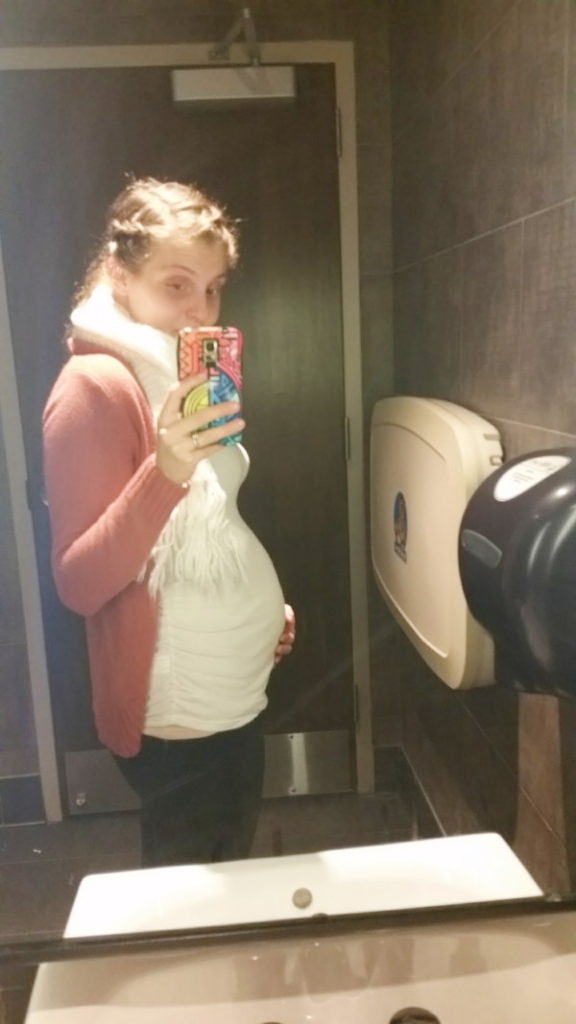 Aversions: Anything I have at home, pretty much. It’s really getting old. Everything sounds “meh” to me, and I can’t ever seem to decide what I want to eat.

Sleep: Depends on the day. Weaning is.. going. Sunday night Ryan slept until 7 am (with 2 wake ups, though pretty short ones) and it was pretty much magic.

Anything Else? We find out the gender TOMORROW. Tomorrow, you guys. It’s been weird going so long this time without knowing – with Ryan we got an elective at 15 weeks. I am very interested to see if doing so makes the pregnancy feel shorter. I remember that when I told everyone I was pregnant ASAP and then found out the gender early, the second half felt super long without any fun surprises. 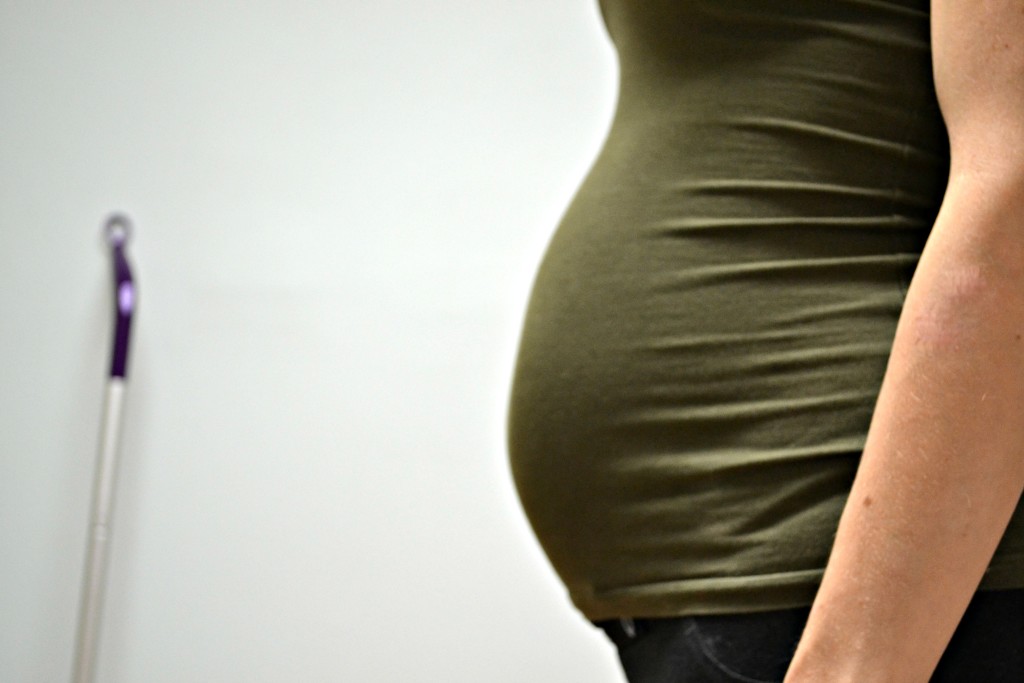 I really want to touch on something quickly before I head off. I was going to make this a Thinking Out Loud post but then time got away from me and I didn’t really want to write/post it after we found out the gender (though I’m not going to share it here for a bit until I let everyone in my family etc know :)) because it may not seem genuine depending on the outcome.

I just really want to say, for all of you moms and moms to be out there – it’s okay if you’re hoping for a girl. Or a boy.

When I was pregnant with Ryan, I liked to peruse pregnancy message boards, and if you’ve ever been on one, you know just how brutal those women can be with one another. At least once a week someone would do a post entitled. “Hoping for a Boy!!” and get the crap beat out of them (virtually, obviously) by other moms who felt the need to guilt them.

They remind the woman that she should be happy to have a baby at all – not everyone is as lucky. That she selfish for wishing for one over the other. Even that she doesn’t deserve a child at all, and that they feel badly for the child they will raise. Uhm. What?

Just because a woman envisions one sex over the other doesn’t mean that they don’t love, appreciate and deserve that child. I’m hoping for a girl – my gut says girl. I have a beautiful, wonderful little boy, and would love to give him a little sister. I would love to watch a little girl grow up, to answer her questions only a mother can answer, and to one day watch her become a mother. That doesn’t mean I wouldn’t love another boy. I think brothers sounds so fun (and challenging!) and I’m well aware that girls bring on the hormones in the teen years. I’m not ungrateful for whatever sex baby is growing in me. I’m just hoping for one over the other.

So yes, while we all just want happy, healthy babies, it’s okay to daydream about dressing a little girl up in headbands and tutus or watching a little boy play catch with his daddy. It doesn’t make you a bad mother because you admit it. It doesn’t make you ungrateful for your pregnancy or the life that you’ve been blessed with. And anyone who even slightly disagrees or tries to make you feel bad about it doesn’t deserve an input in your life, your pregnancy, or the life of your baby.