Turkey pudding cups are super simple but are so much fun to look at and eat. Make them for your next Turkey Day get together or just to celebrate the season!

I know that we’re still not quite at Halloween yet, but forgive me, because I made these and immediately wanted to share them with you. I’m not going to lie – I really wanted to start this post with something along the lines of, Yo, Halloween, I think you’re great, and Imma let you finish, but these Turkey Pudding Cups are too cute to put off any longer. But I restrained myself – you’re welcome. (Side note – that happened SEVEN YEARS AGO.) 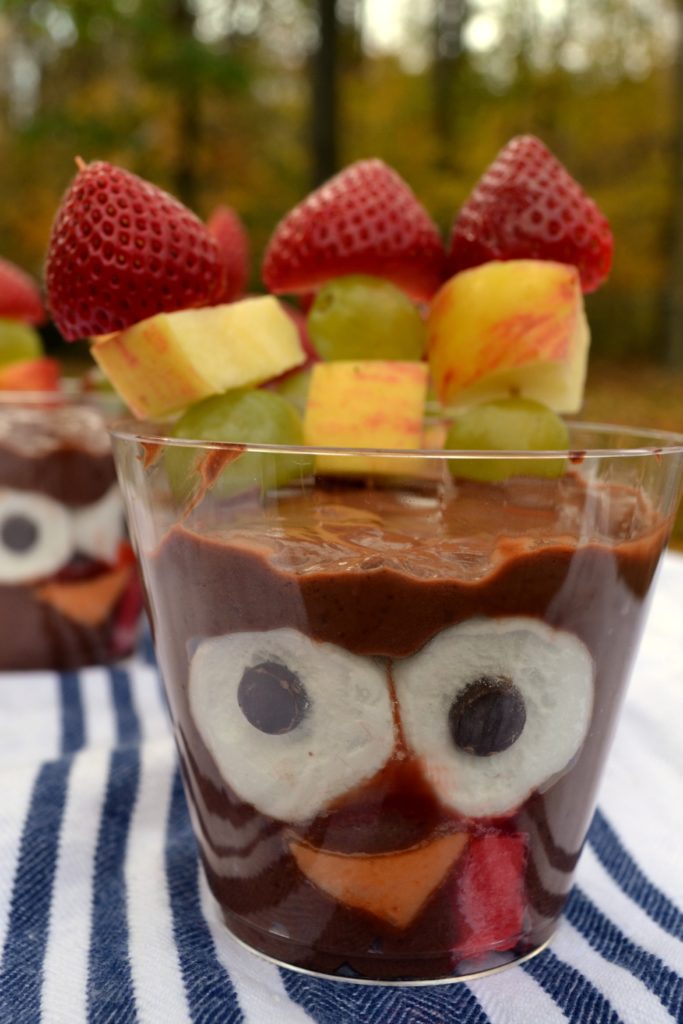 Anyway, like I said – I couldn’t wait to share these a minute longer. In fact, I thought of these, went to the store the same day, bought the stuff, made, and photographed them all in the same day because I was pretty excited about it. If only I could have thought of a better name.. But have no fear – there is not actual turkey in these pudding cups – that would be weird and gross. Instead, these festive snacks are made of chocolate pudding, candy and fruit and are sure to please pudding lovers of all ages. 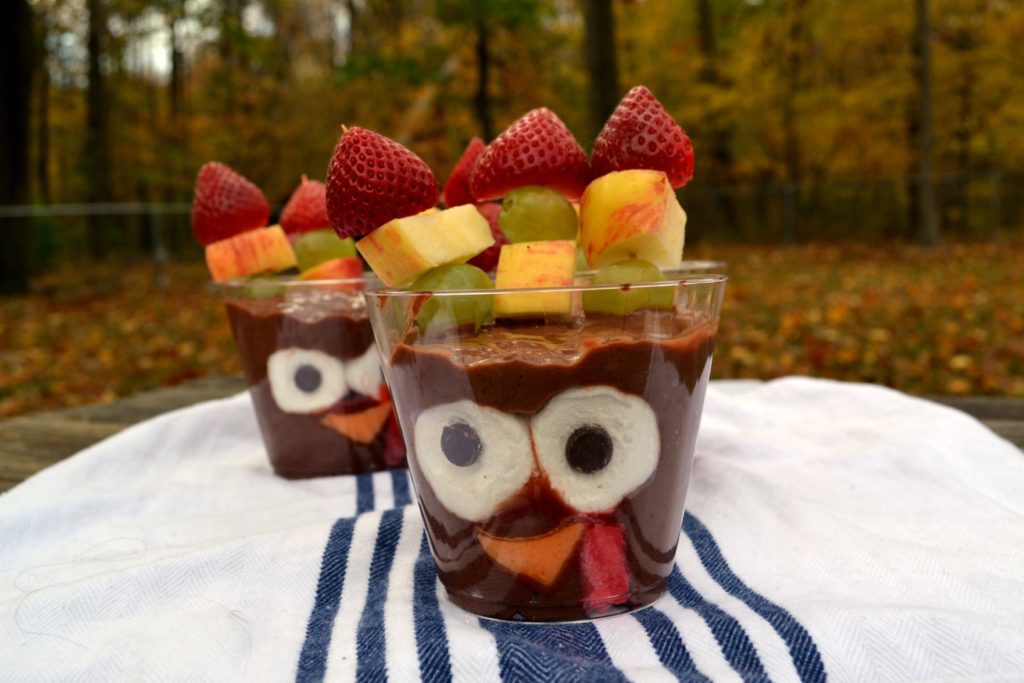 Prepare all of your pieces first – take one large marshmallow in half and stick a chocolate chip into the center of each half on the sticky side. Cut an orange fruit chew candy in half on the bias to create a triangle. Finally, cut an orange fruit chew candy to create a small rectangle. I also experimented with a piece of strawberry but it was much more difficult. I think a red Mike and Ike cut in half would also work.

Grab a clear plastic cup and line up your decoration to the inside. Press firmly without cracking the cup (oops.) to make a turkey face. I suggest starting your decoration further down the cup than you think you’ll want.

If you’re like me, whenever you see these pudding cups on Pinterest you think, man, that’s a lot of pudding. When I was making these I thought I would only get 1 or 2 from a single box of instant pudding (you can obviously use homemade!) But have no fear! Stuff the center of the cup with extra marshmallows of fruit, like bananas. That way you bulk it up without having to use 8 gallons of pudding. 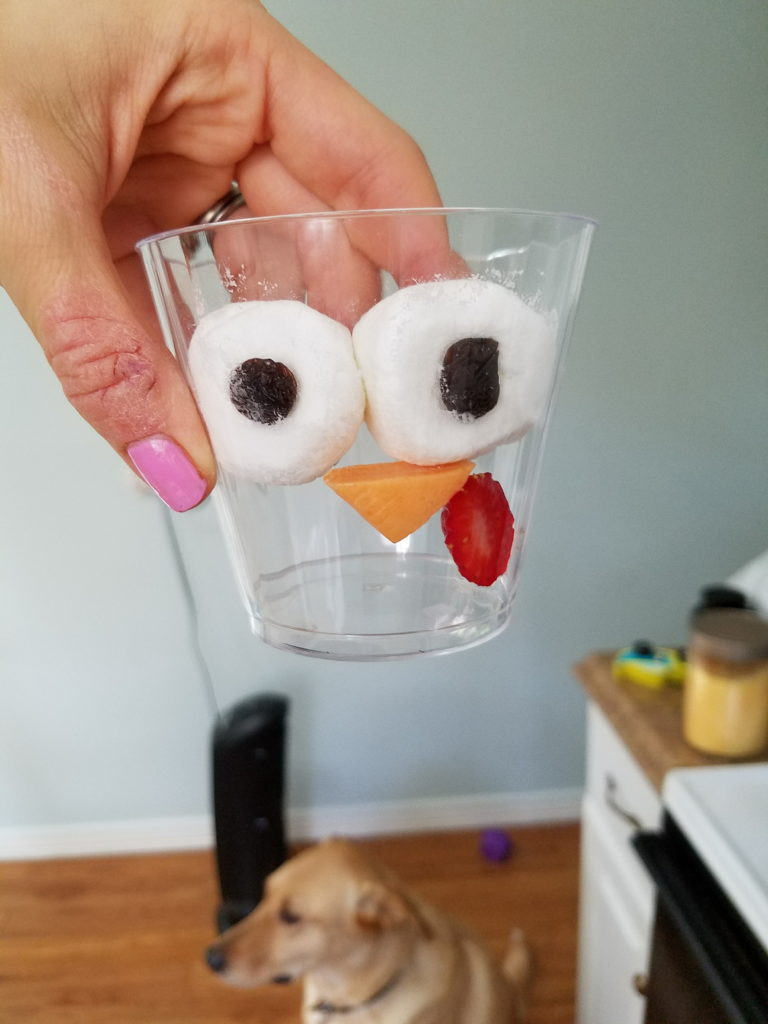 Once your face it on, tip the cup to the side and gently top the face with pudding so as not to disturb the decoration. Then fill cup (around fruit/marshmallow filler if using) with pudding. Turkey pudding cup! 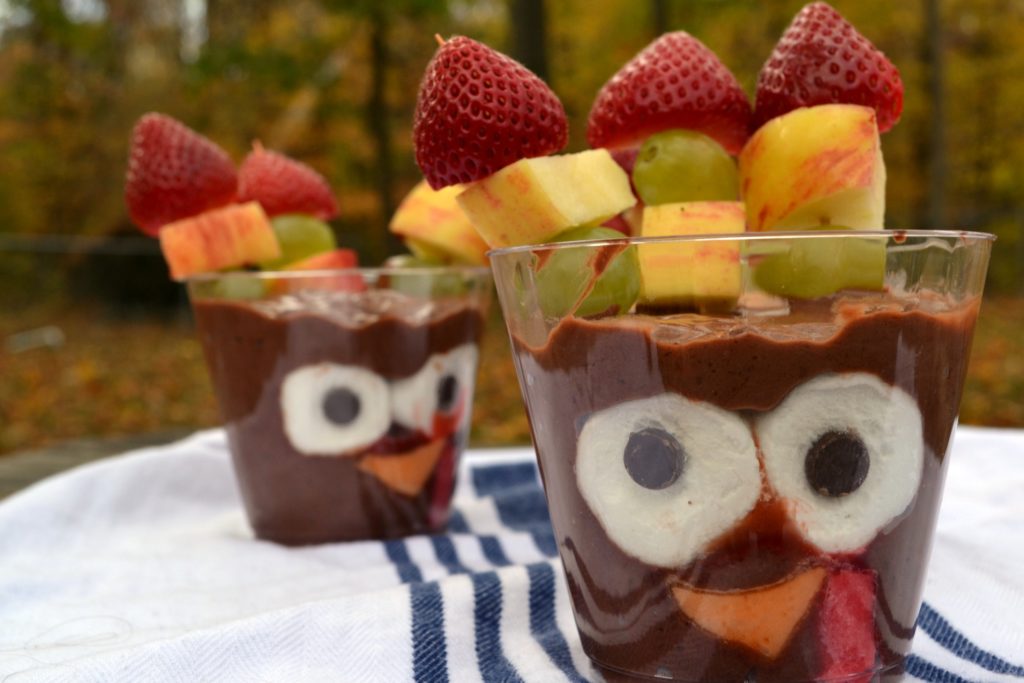 Want to take it a step further? Let’s add some feathers, shall we? You can glue some paper feathers to the back, but I wanted to make it edible. I used the same method I used when I made these mini fruit kabobs (to go with super tasty PB&J dip) to make some fruit feathers. Using green grapes and  yellow apples to capture some fall colors, I topped them with halved strawberries to bring the tapered look. Stick 3 into the pudding cup (this is a lot easier if you put marshmallows or fruit under the pudding!

Enjoy! I don’t suggest letting them sit very long – the wet pudding reacts with the decorations to bleed a bit. If you’re making them for a party I would say get the decorations stuck on ahead of time and then add the pudding before serving.

So tell me – do you like having fun with food? Do the holidays make you more likely to do so? Let me know in the comments! 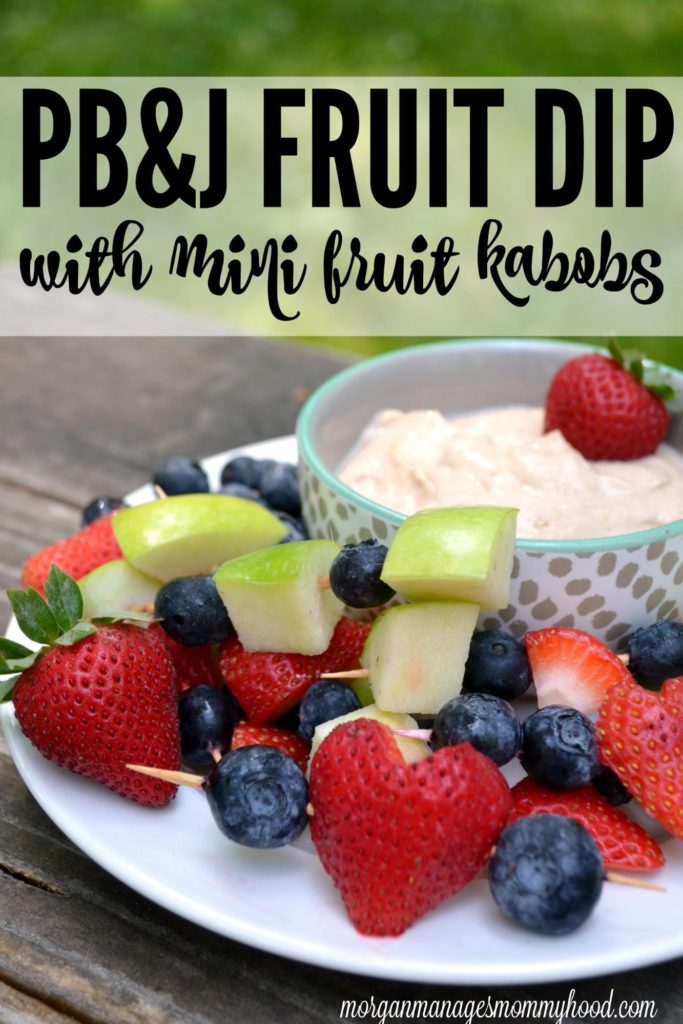 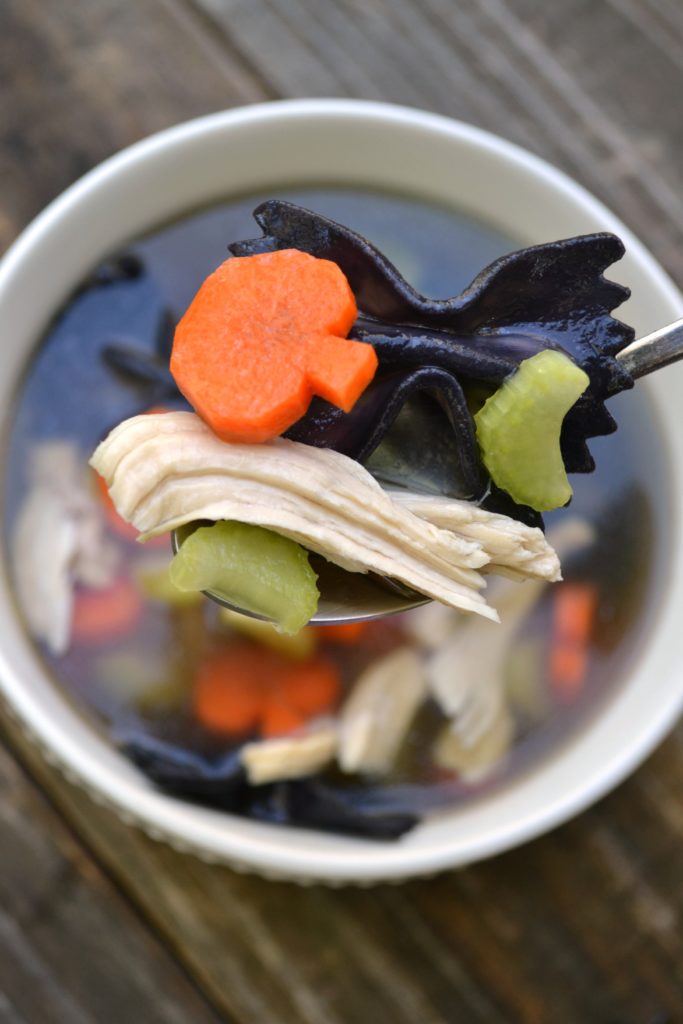 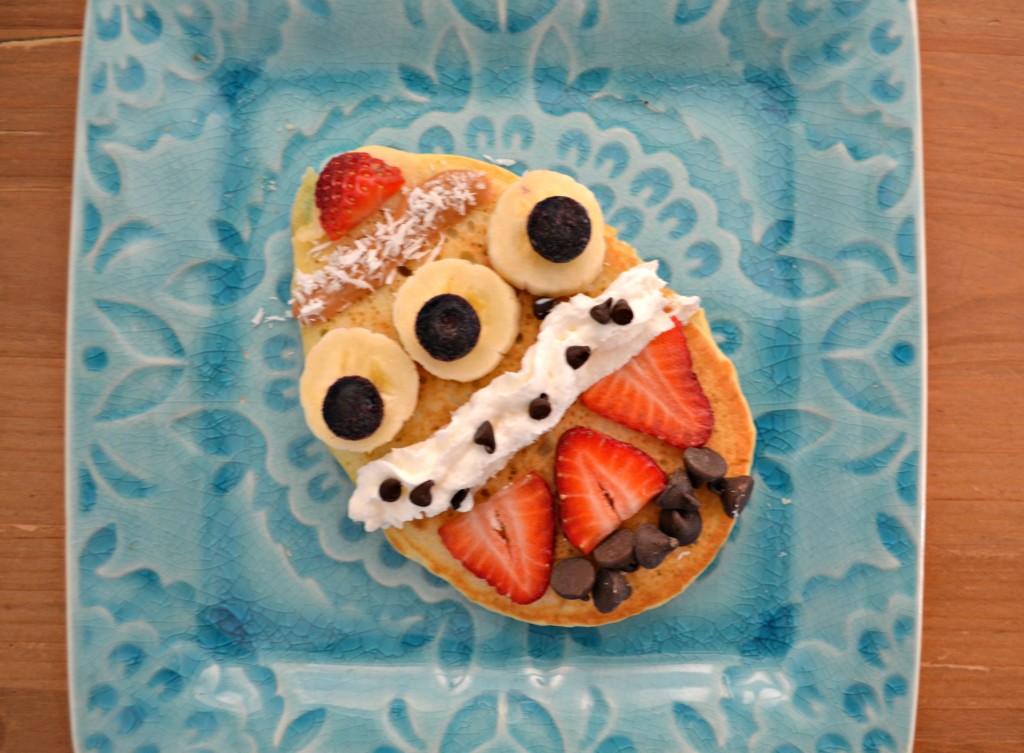 Decorate Your Own Easter Pancakes