Owen is 4 months! Is anyone else in shock by this? I know it’s a huge cliche, but my goodness – he is growing so.damn.fast. I don’t remember Ryan growing this quickly at all. I guess time just goes faster when you have more little to look after.

Since he just hit 4 months (on Thursday) it’s time to document little Owen’s 4th month and give you all an update on him! 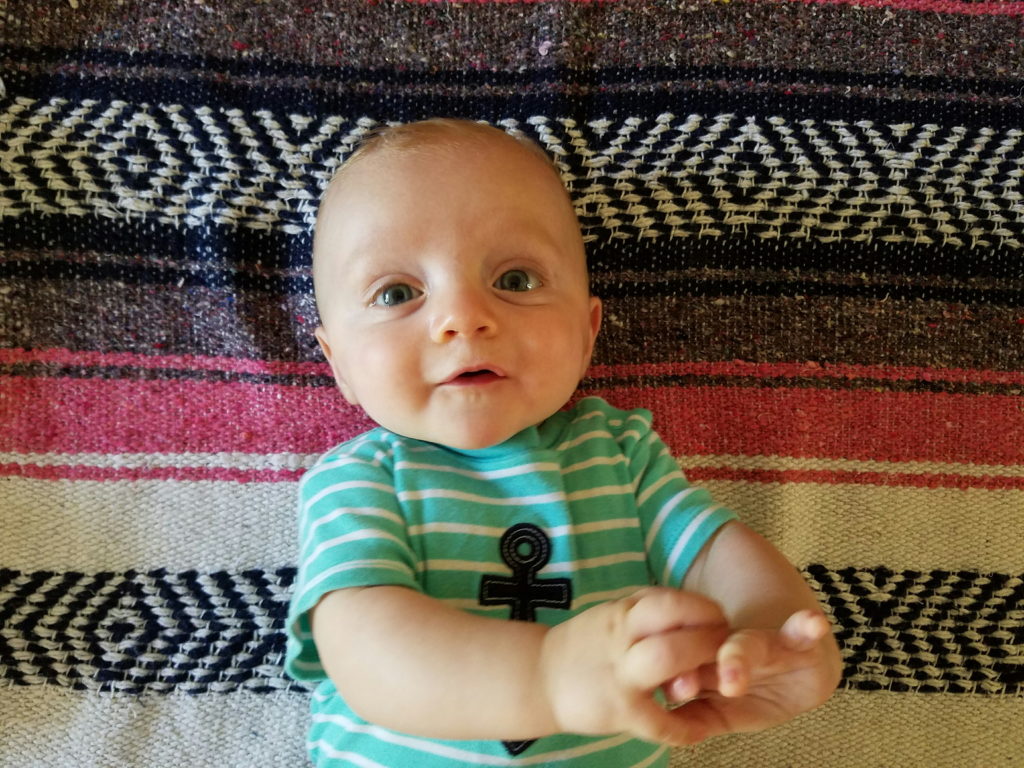 Nicknames: O, Owie, Browen, Oster Toaster, baby Owen, nugget <–same as last month.
Diapers: size 2
Clothes: Mostly 0-3, but I could probably push him to 3-6 if I wanted. (I don’t, ha!)
Weight: last I checked 14 pounds. We go to the pediatrician on Wednesday. 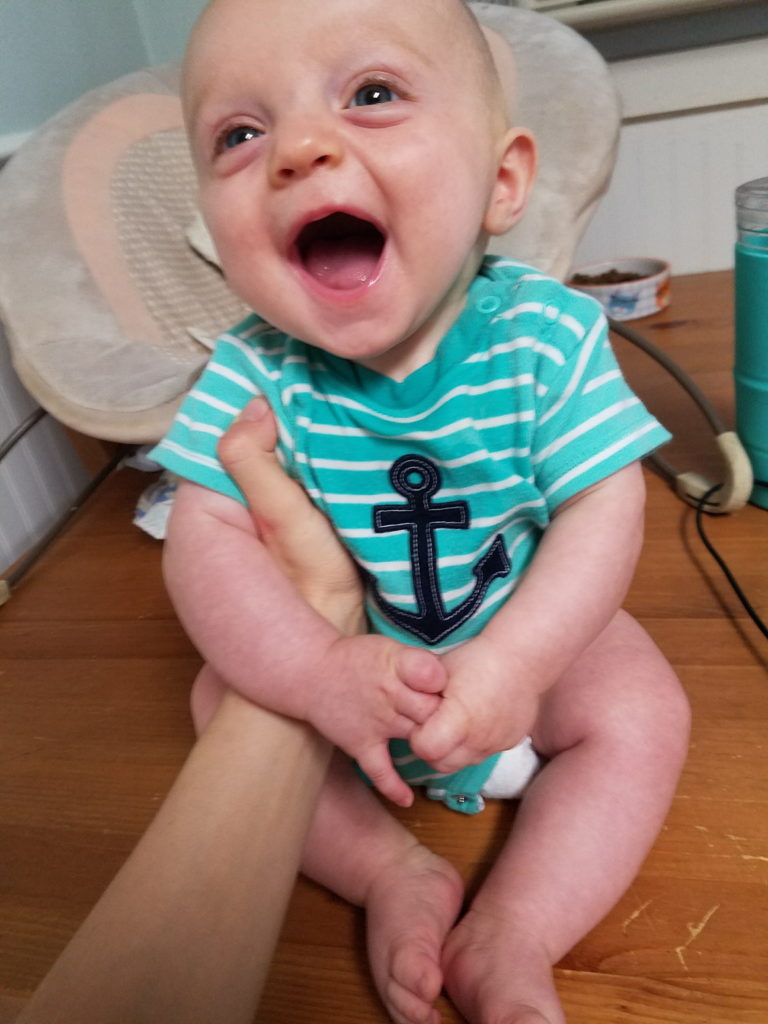 Likes: Being sang to, standing, laying on his mat, riding in the car, his big brother(s), clean diapers, baby talk, COOING, giggling, being worn, being part of the action. 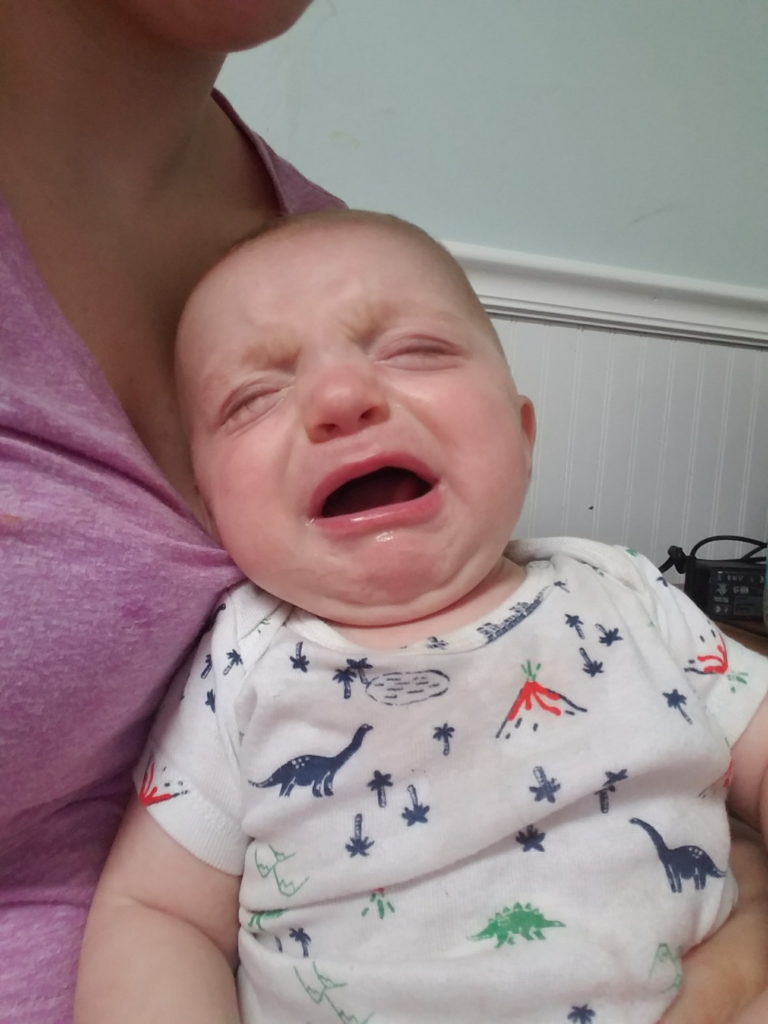 Dislikes: Having to burp, spitting up, dirty diapers, having to wait. 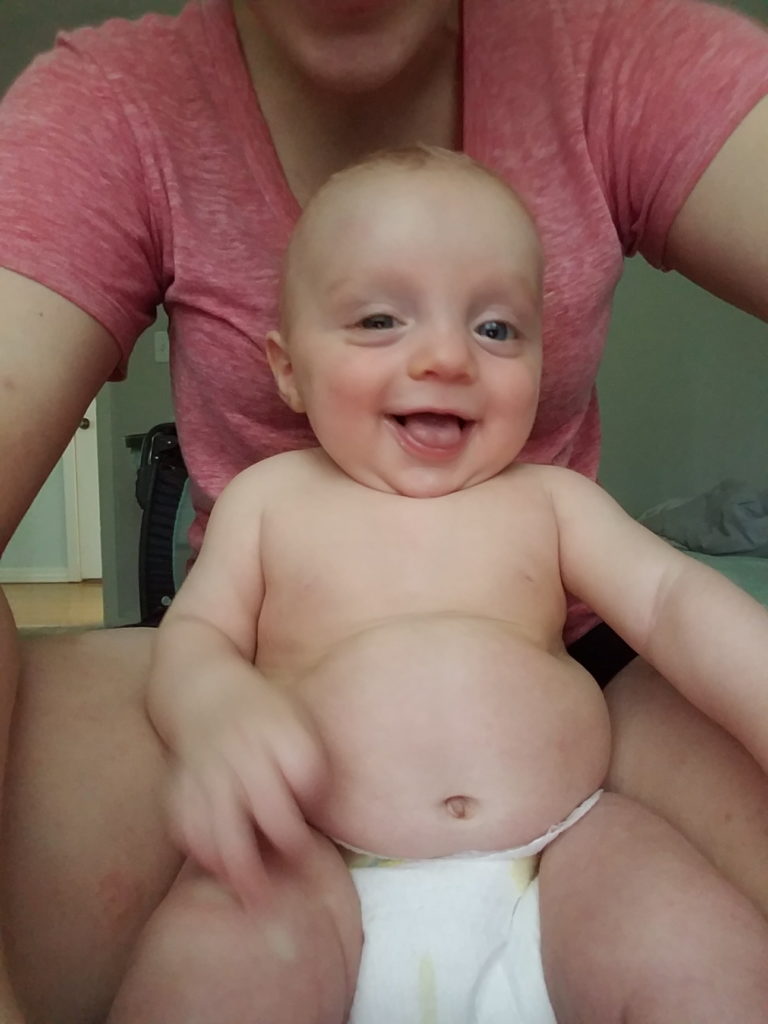 Eating: Owen is a good nurser, just like his big brother and for that I am so thankful. We have had a few close calls with a bad reflux night where he’ll refuse to nurse but nothing permanent or long lasting so I’ll take it. He’ll also take a bottle, which Ryan would never do. 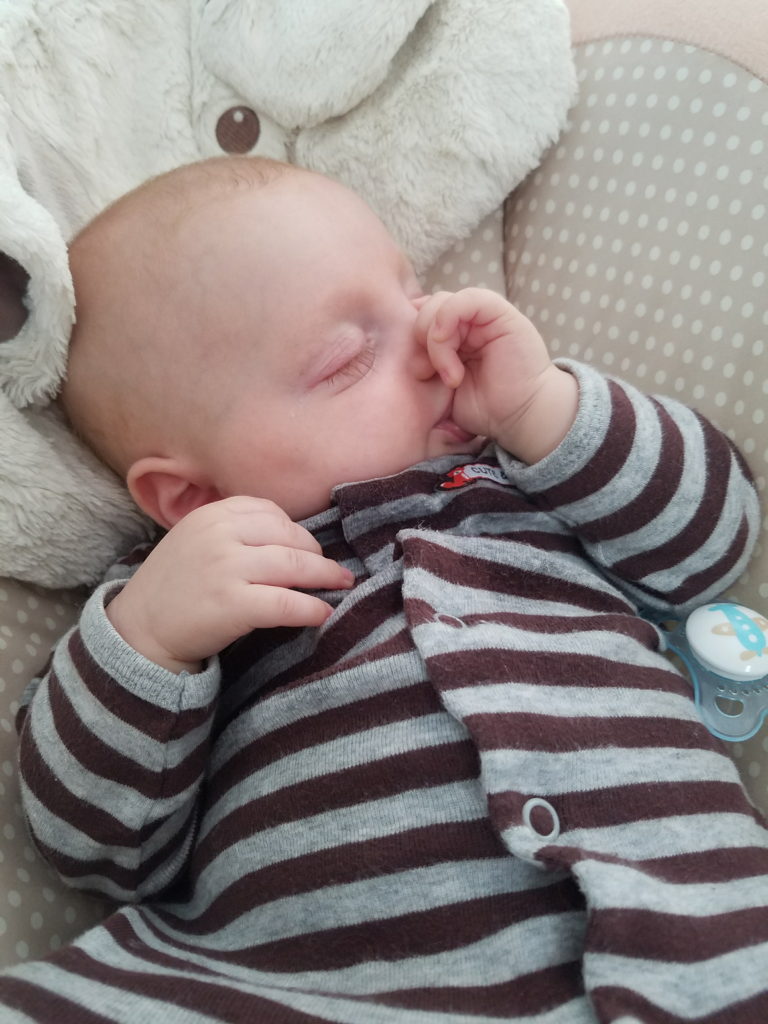 Sleeping: Occasionally (maybe twice a week?) he sleeps through the night and it’s amazing (though inevitably the dog or Ryan will wake me up, soooo) but usually it’s one  time waking up a night. Not ideal, but not terrible. He takes a pacifier and if he can’t find one, he uses his thumb. TOO CUTE. 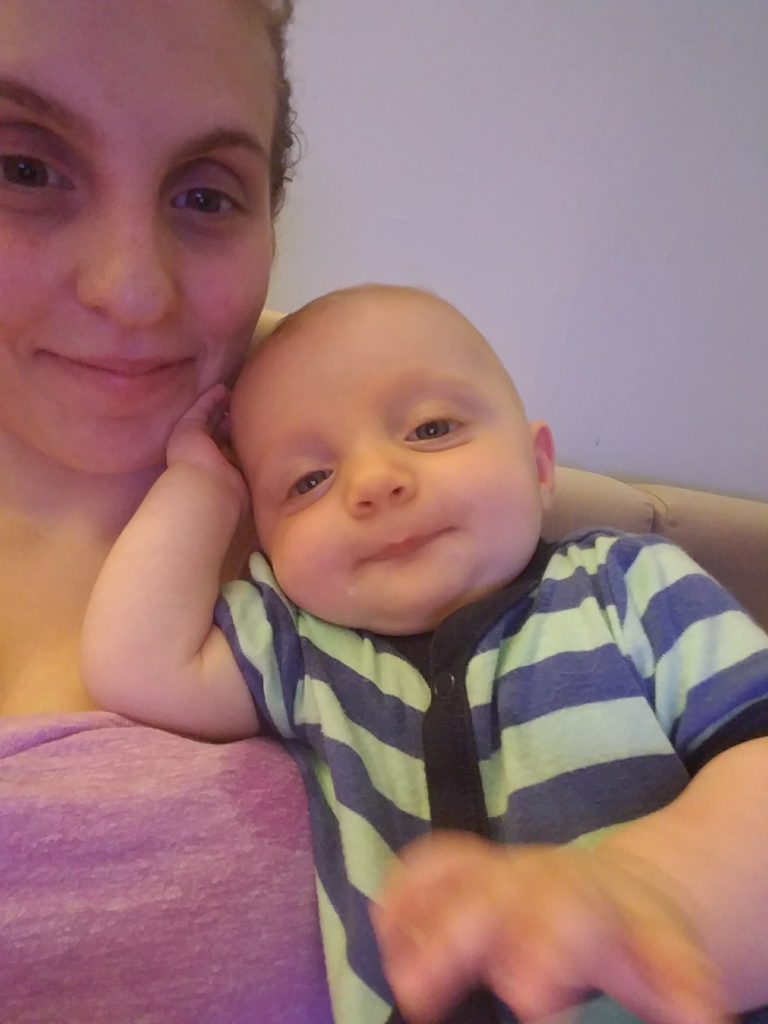 Naps are hit or miss – anywhere from 20 minutes to 2 hours +. Half of his naps are interrupted by a screaming toddler, so there’s that. I still get him ready for a nap about 1 hour after waking up – such a sleepy boy. 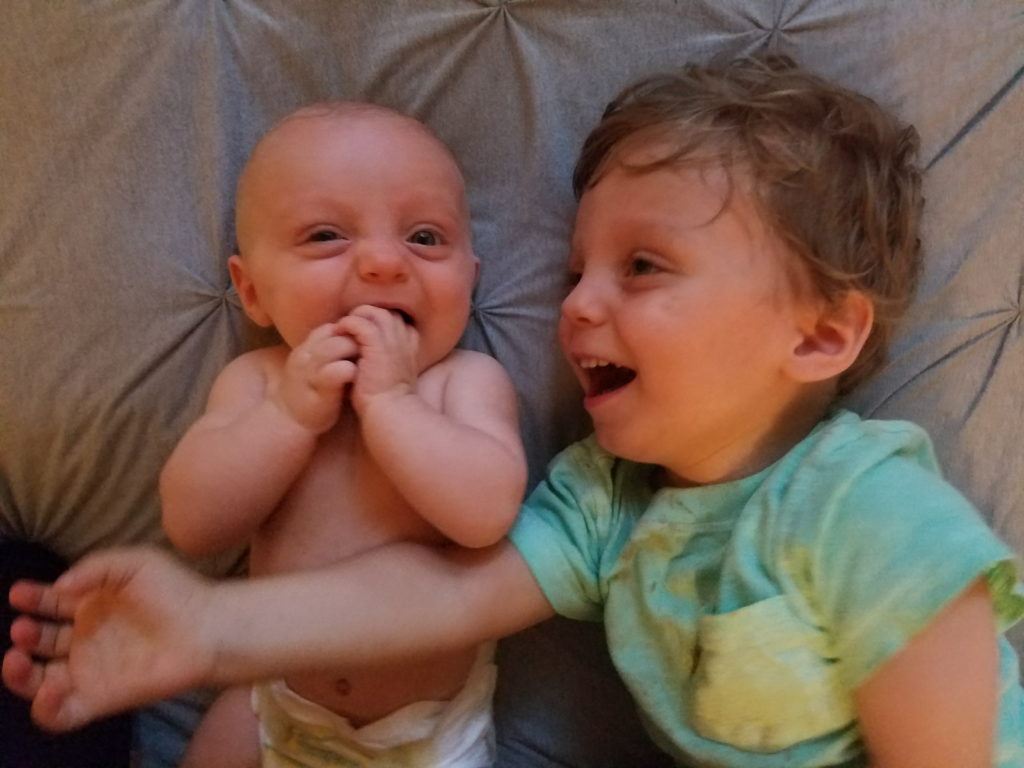 Other things of note

-We had our first baby free night! Read about it here. 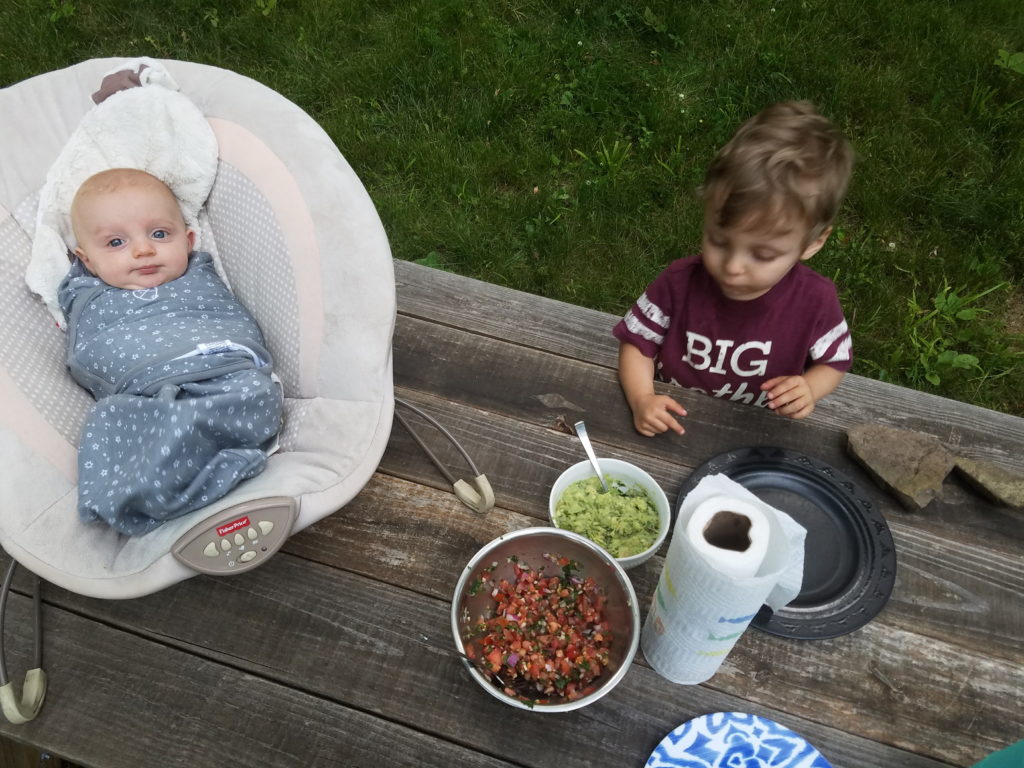 -He loves hanging outside with us all and getting fresh air! 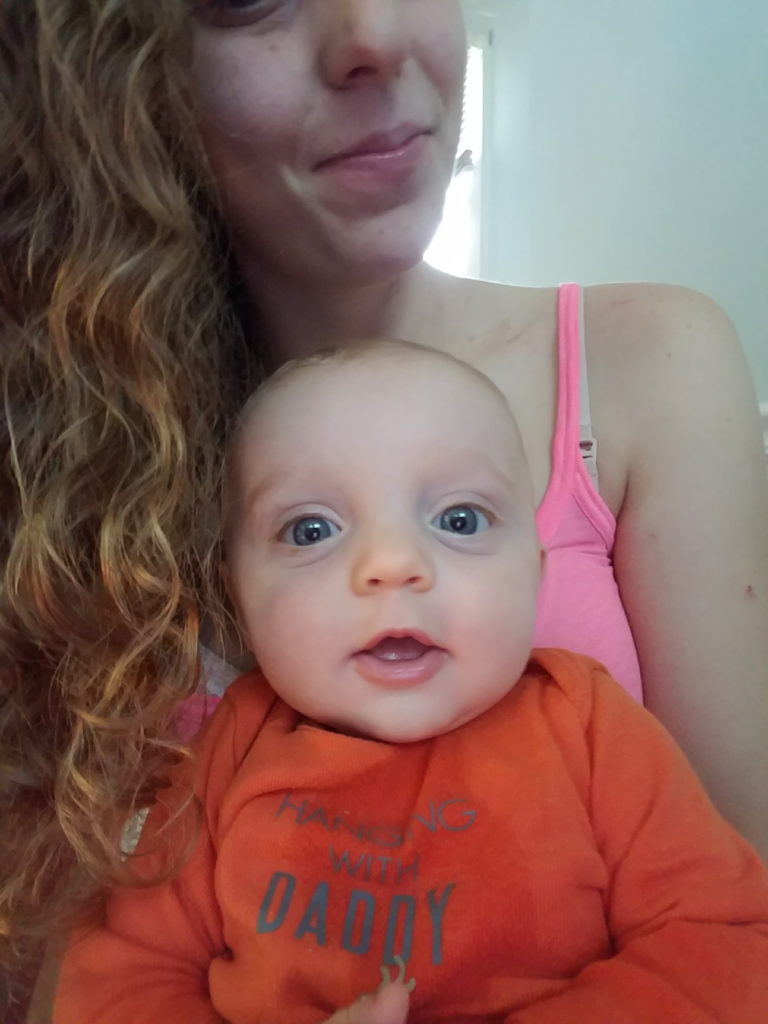 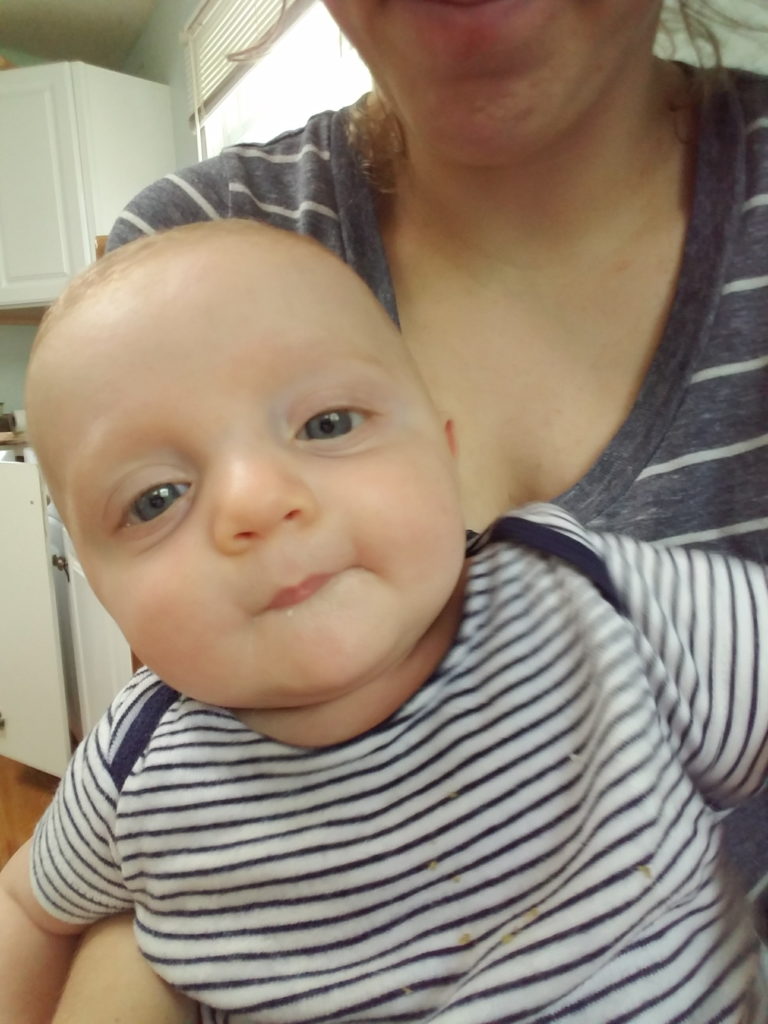 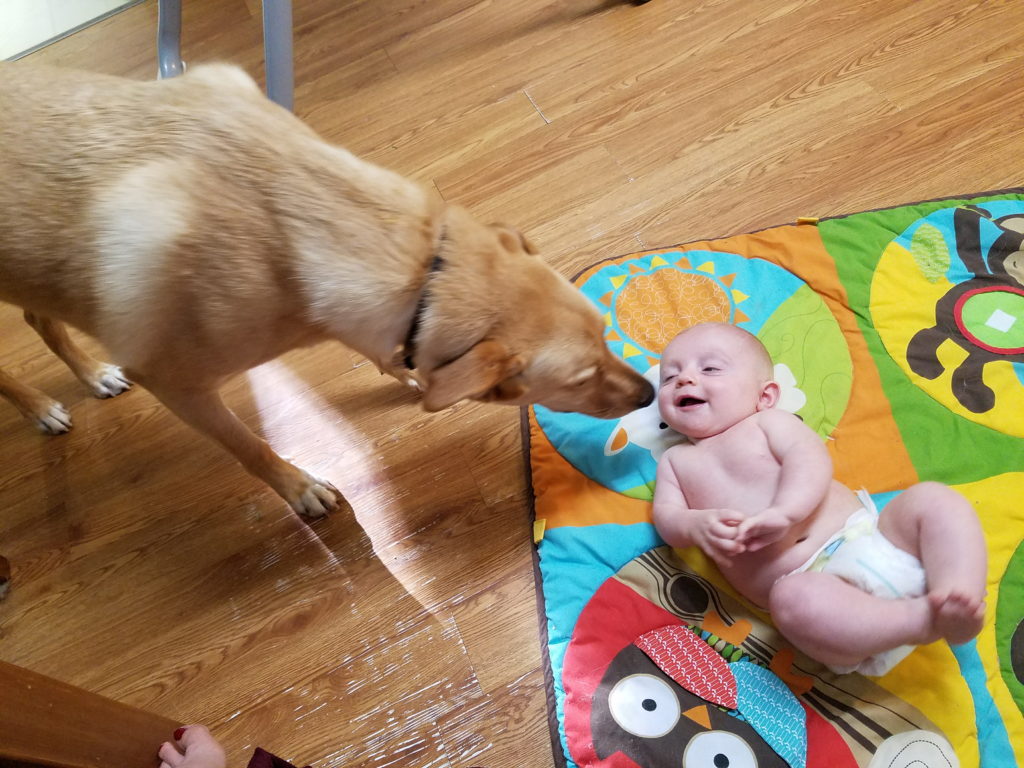 -We’ve been having more awake and not reflux-y moments so Owen’s been hanging out more nad more on his mat. Which means Cooper has been having more time and chances to hang out with his littlest brother. 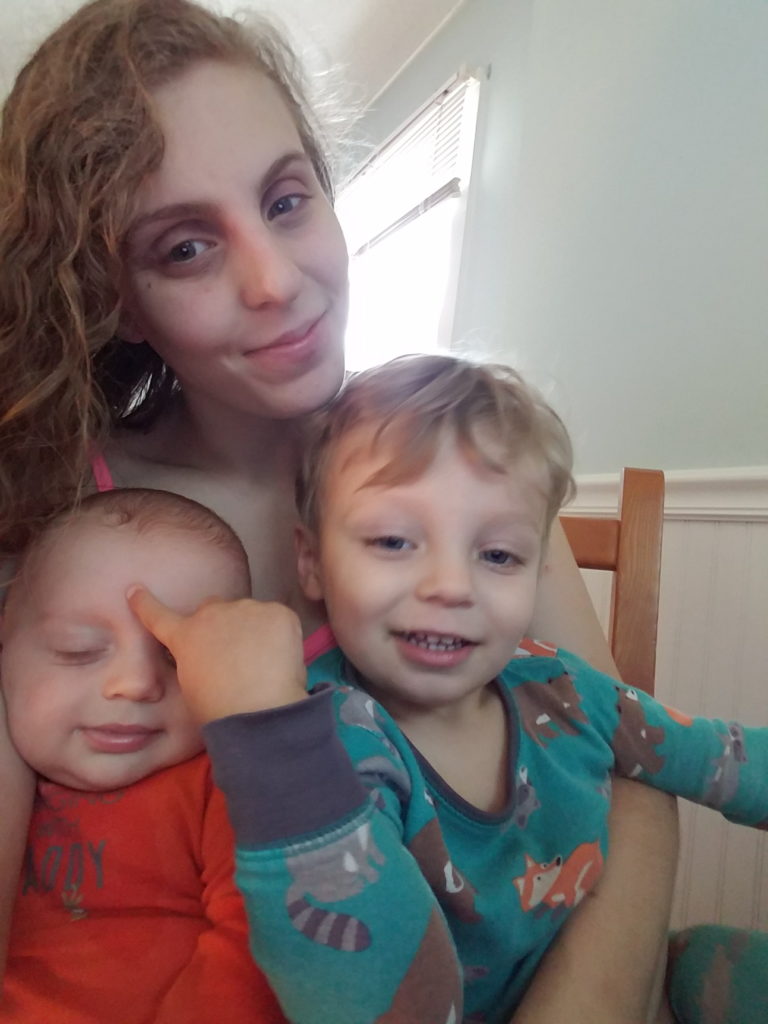 I’ll just leave it with that because it’s the perfect description of life in our house these days.