Today is Owen’s due date which is pretty crazy as he’s already (almost) 3 weeks old. I’m loving these extra weeks with him, though, so I’m pretty happy he showed up almost 3 weeks early. So what’s been going on with the newest Wieboldt this week? 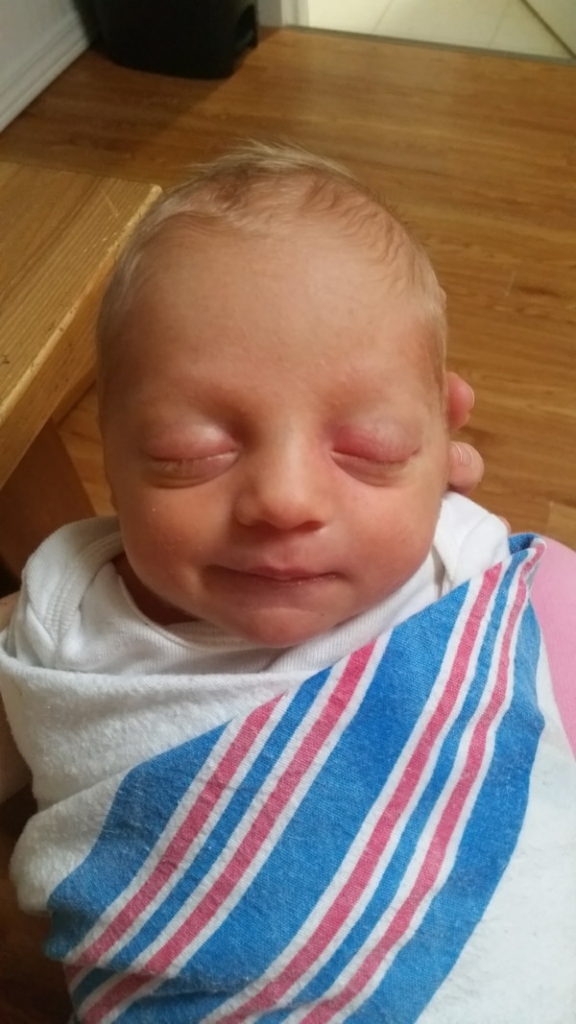 Weight: At the pediatrician on Thursday, Owen was 7 lbs 2 oz, which is well over a pound gained in one week – obviously the kid can eat! He’s been nursing really well, and I’m glad to say he never had any latching issues. (Also, for mommas who are going from nursing one baby to another without much pause, I bring good news – my engorgement was barely anything at all and I didn’t have any real soreness -WIN.) 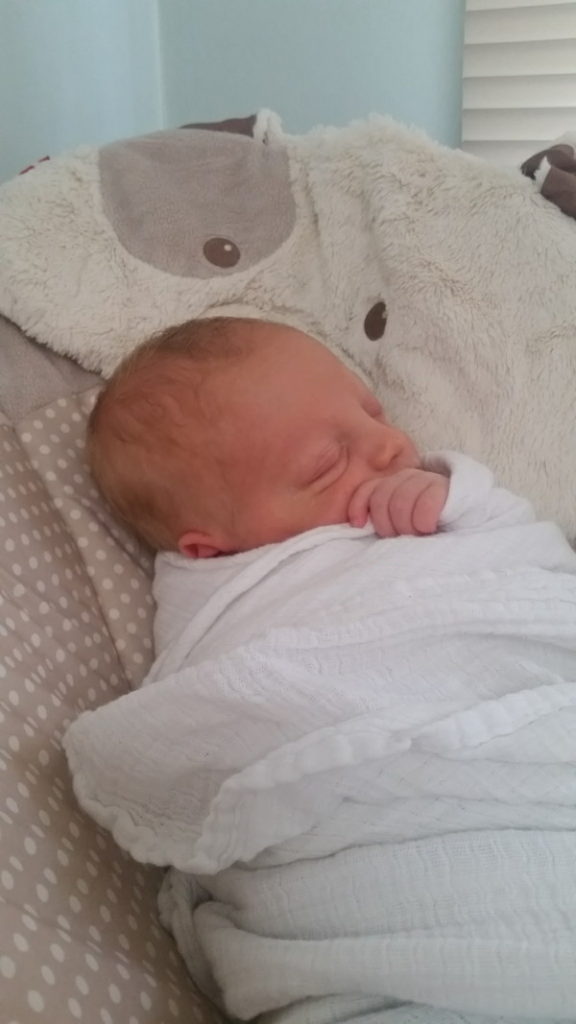 Sleep: Not too bad, still. He does have a problem with falling asleep in his bassinet, but if I let him fall asleep on the nursing pillow or bouncer, he’ll transfer easily. I don’t plan on letting this go too long since I know I started so many bad habits with Ryan’s sleep doing things like this, but for now, it works. Our big issue is just about every night around 3 AM he wakes up and does a giant spit up and then doesn’t want to fall asleep in the bassinet – he just keeps spitting up when I lay it down. On nights it’s been really bad I’ve brought his bouncer into our room and let him sleep in that. Not ideal, but when you’re nearing 3 hours of torture for the both of you, you make executive decisions. 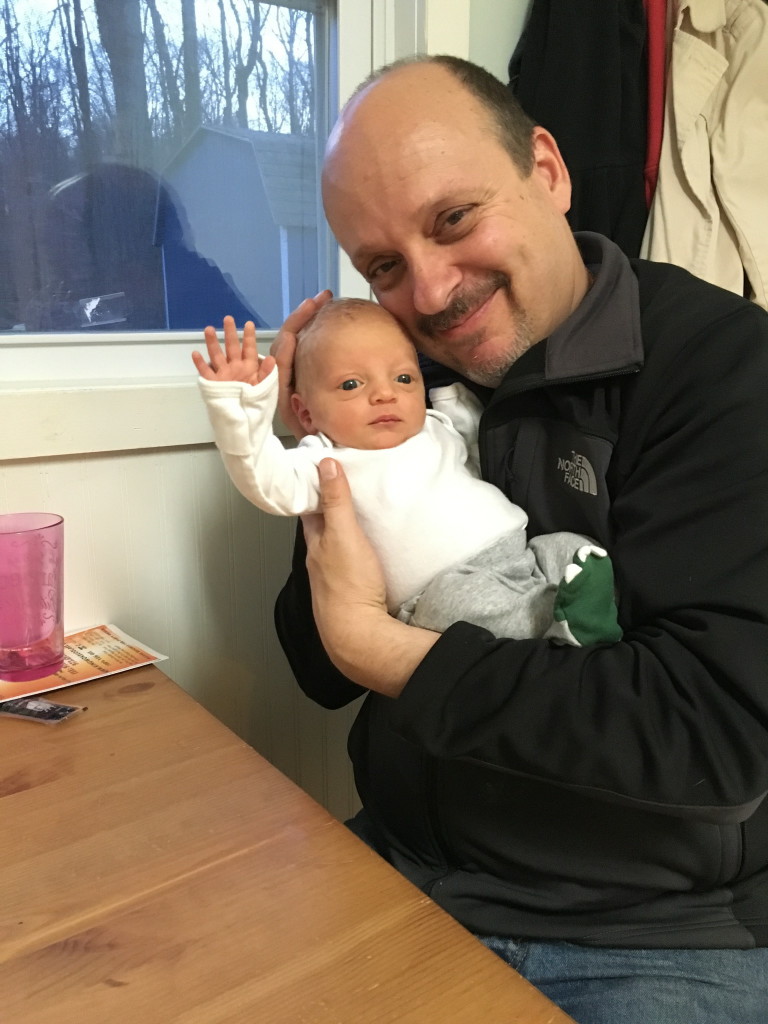 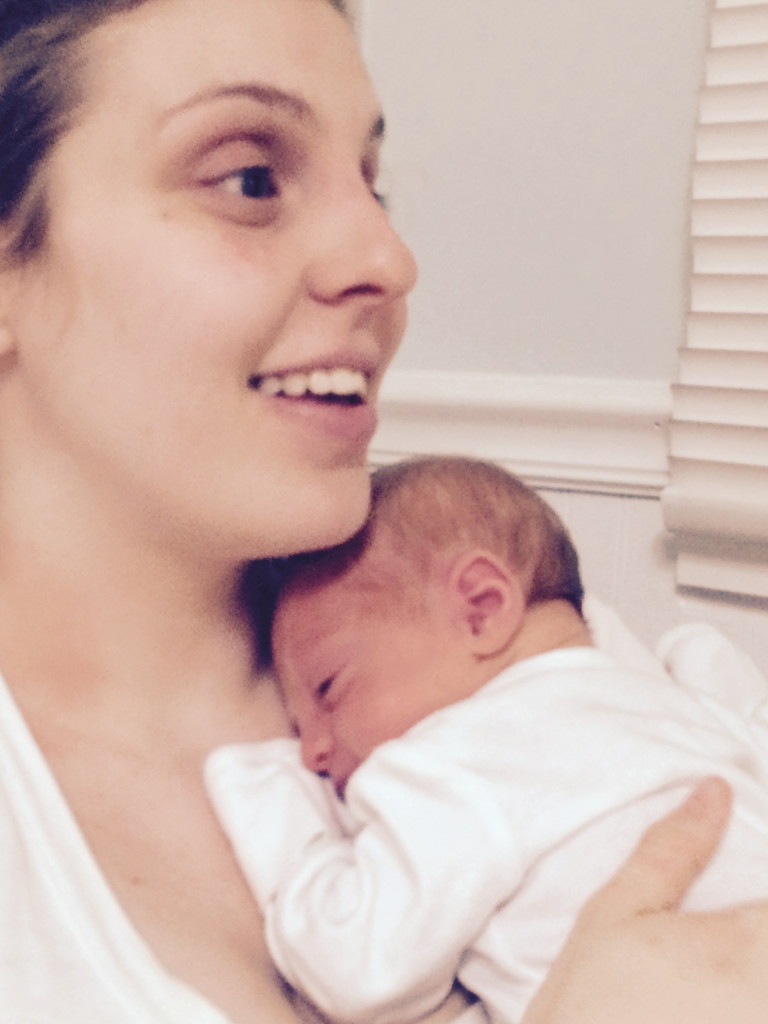 Personality: Alex and I both agree that Owen seems super chill and very serious. Obviously, it’s hard to tell if he is a serious baby since he doesn’t purposely smile yet, but we both feel that compared to Ryan he’s such a more serious kid. Other than that, he seems to be a pretty easy baby (compared to Ryan who had horrible colic for 3 months..) He loves to be held, but he’s also content chilling in his bouncer and taking in the world. He loves to be swaddled and is not a fan of diaper changes. He also can’t stand a dirty diaper, which is a little odd to me only because Ryan will sit in a dirty diaper without even bringing attention to it forever. 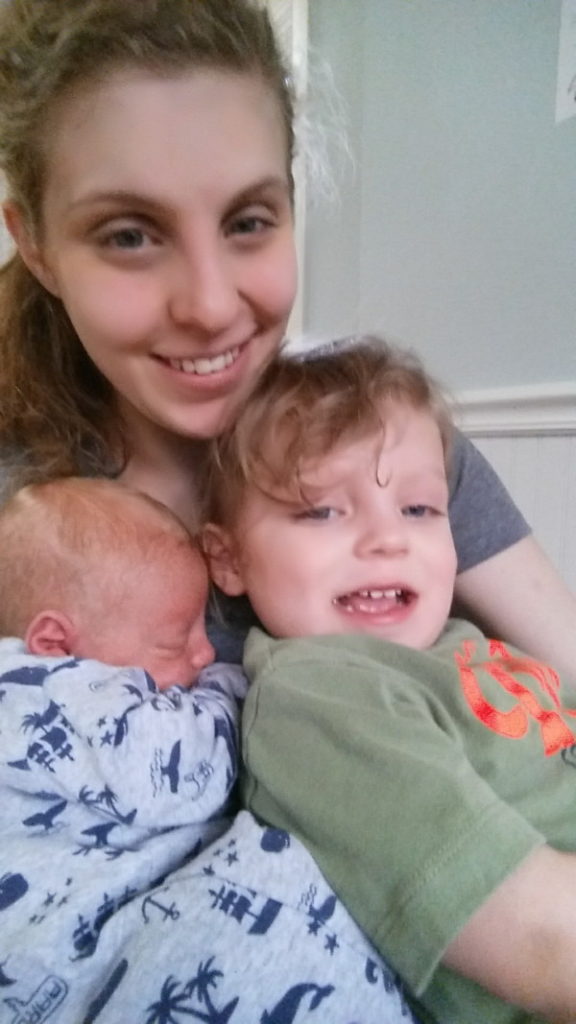 How’s Ryan doing? : Ryan is still so in love with Owen and such a  good big brother. He loves to dole out kisses and hugs to baby Owen, and he even learned to say Owen this week. I will say, I think we are starting to see a bit of jealousy/sadness coming from his not being the center of attention. It’s definitely hard for me to give equal attention when it’s just me at home. When he’s feeling the need for attention Ryan will lay in our bed and start playfully yelling until someone goes and lays under the blankets with him, and he’s been asking me to hold him more. But other than small things like that, he’s handling it so well and he is SUCH a great big brother.