Since during my pregnancy I posted weekly bump dates (more or less!) I thought it would be fun to continue with Owen updates, at least for the first month or two. Just a fun, quick weekly post with some of my favorite pictures from that week, some fun and cute moments of note, and whatever facts/stats I may have. I regret not documenting Ryan’s first year better, and I’d be lying if I said this post was more for me than anyone else, but I like reading updates for others’ kiddos so I figured a few of you may like this. Make sure you follow me on Instagram to see all the baby pictures I post!

Just a warning: this post will be longer than any future posts since his first week was definitely an exciting and eventful one. 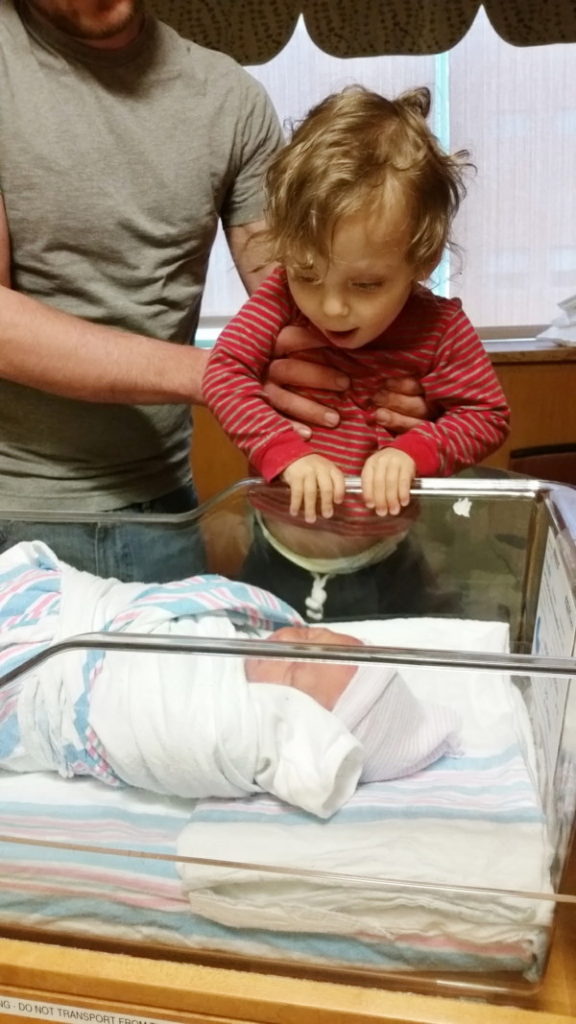 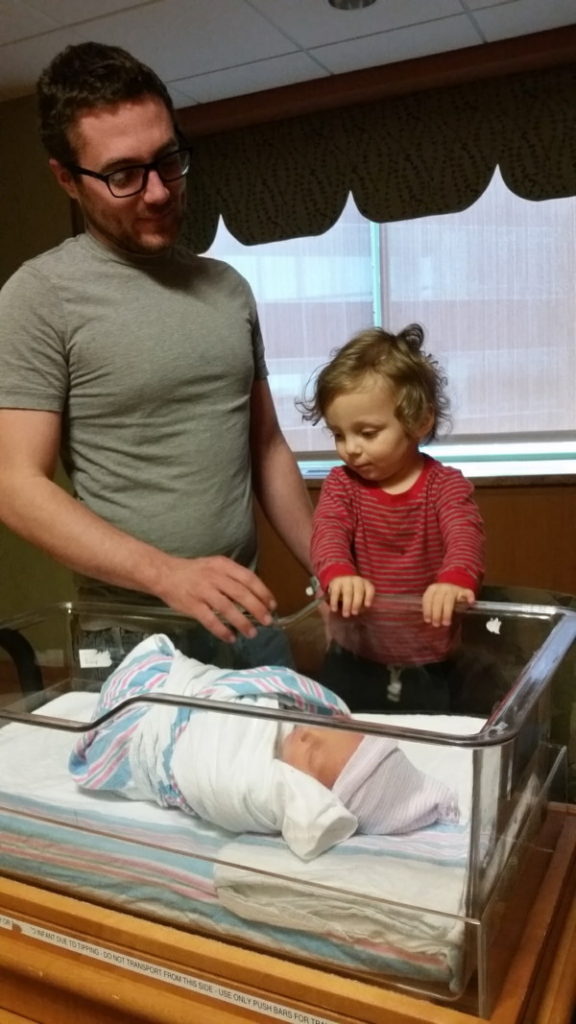 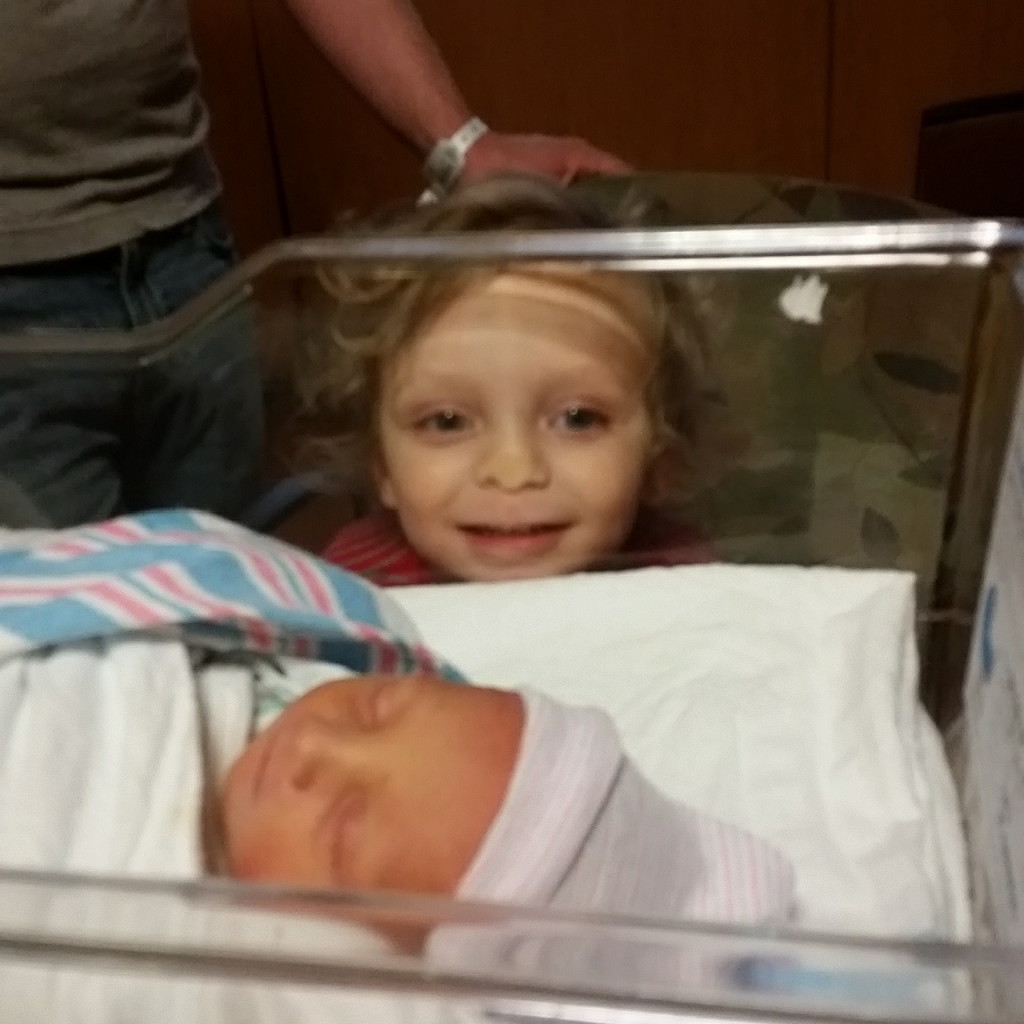 I’m not going to touch on the birth here since I’ll be sharing his birth story (it’s mostly written on my phone.) hopefully this week, so I’ll start this week’s post on March 15, with the brothers meeting. Ryan loves Owen already and it makes my heart explode. He always wants to look at him and touch him, and calls him “deedee!” or in less toddler terms, “baby!” We call him his baby, and these pictures of their first “meeting” are my favorite. Side note: does anyone else think that he looks VERY Lord Voldemort with his face like that? 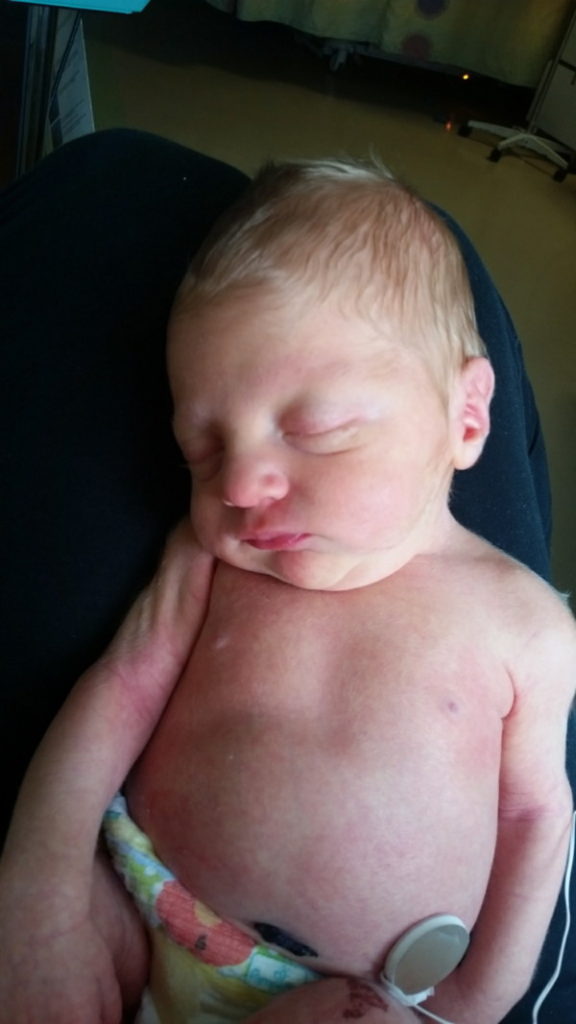 I was SHOCKED by how BLONDE Owen is. Ryan was born with dark, dark newborn hair which fell out and grew back in much lighter/dirty blonde. Owen’s hair is so dang blonde. The one nurse we had kept saying he had highlights – and considering that some spots are almost white in the light, it definitely seems that way! 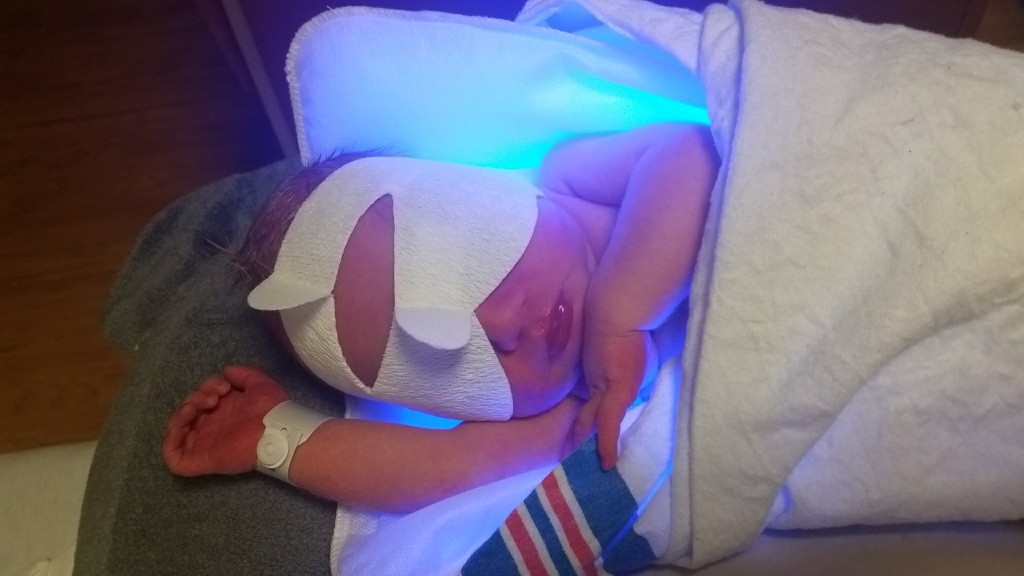 So, Owen tested Coombs positive, which in layman’s terms means that he and I have different blood types and they mixed during delivery. His blood needed to get rid of mine, and it was basically taking too long, making him jaundiced. His second night at the hospital they decided his bilirubin levels were high enough to necessitate him being wrapped in this UV light blanket, aka what I deemed to be baby’s first rave. He was fine in it for a few hours, but then started to get sweaty and HATED it. Poor kid. 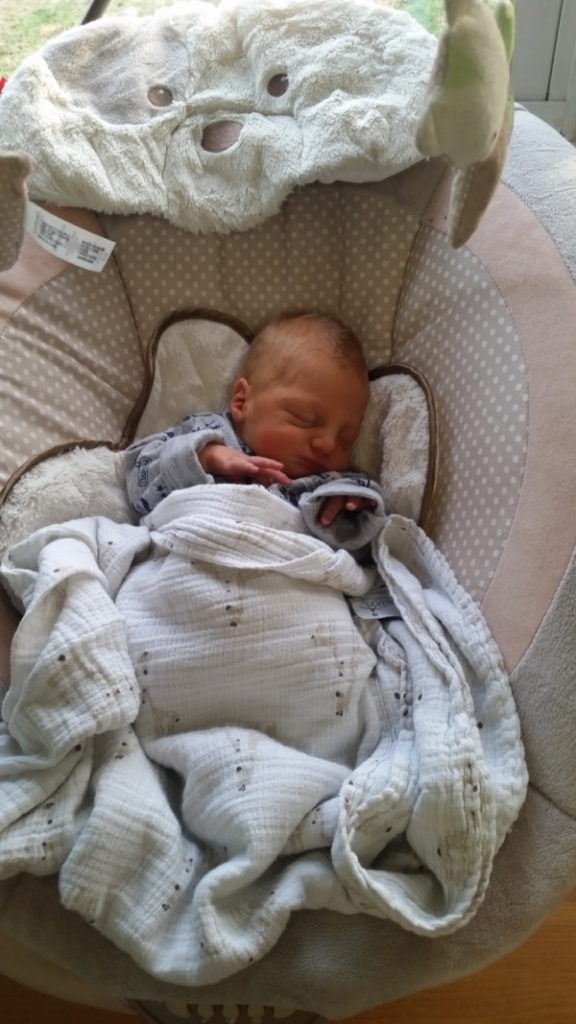 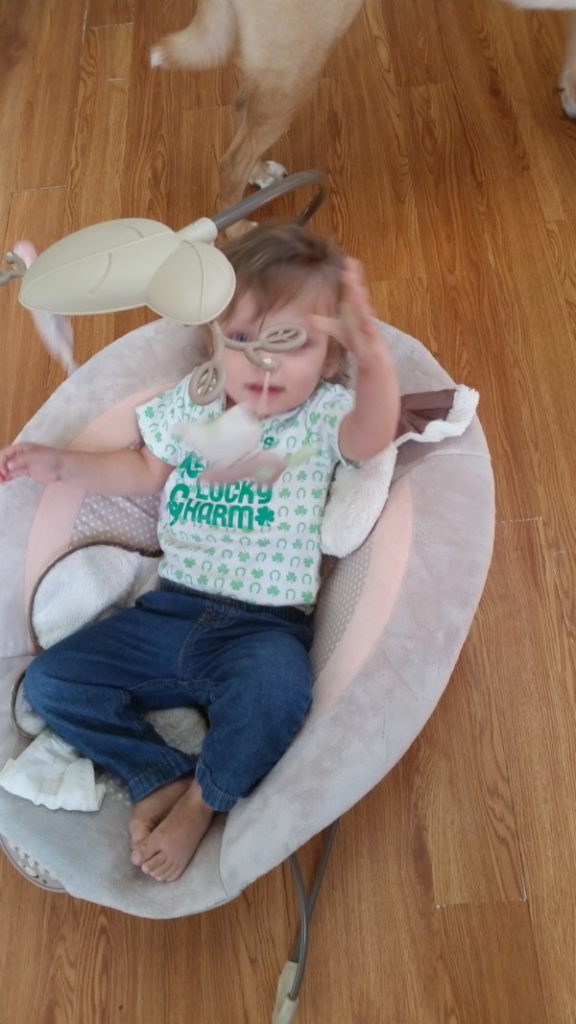 They almost didn’t let us leave when his bilirubin levels still rose after the phototherapy, but we were allowed to go home, where both boys hung out in the bouncer (at different times, don’t worry).

We were all really bummed when we got a call at 7 pm on Thursday to bring him to the hospital as soon as possible because his levels had risen again. Into the light box he went! Thankfully he enjoyed it, since when his levels rose AGAIN the next morning, he was stuck in it all day long.

Finally, his levels began to go down Friday afternoon. I was supplementing nursing by”topping him off” with a bottle of pumped milk to make sure that he was under the light as long as possible and still full – the more baby eats/gets rid of it, the quicker the bilirubin leaves the system.

On Saturday we got the best news ever – we were being discharged!!!! No greater feeling, my friends. After only spending one night at home since Monday it was a dream to walk into our little house. You forget how nice simple, everyday things can be. Plus, I really really missed my big boy. 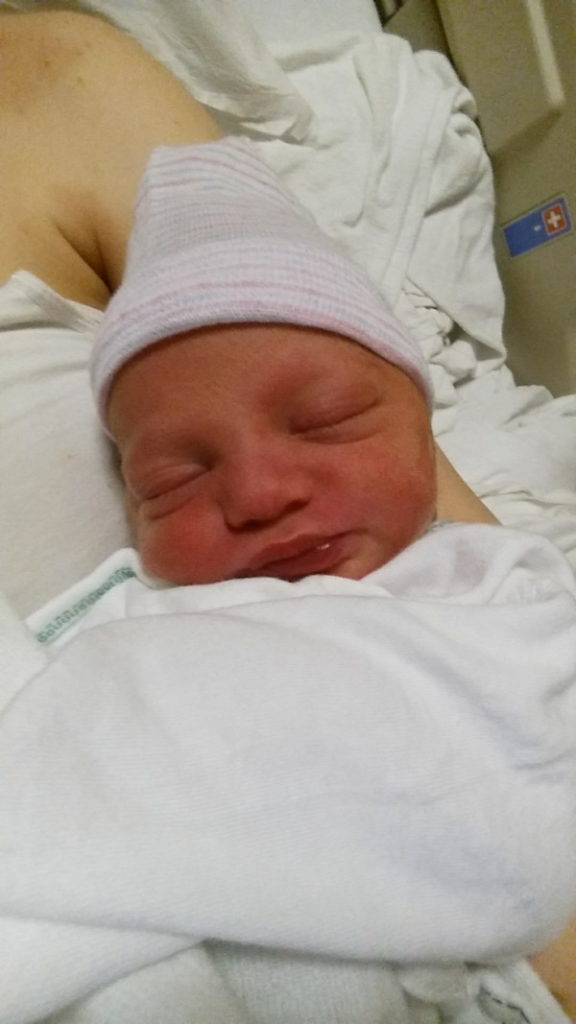 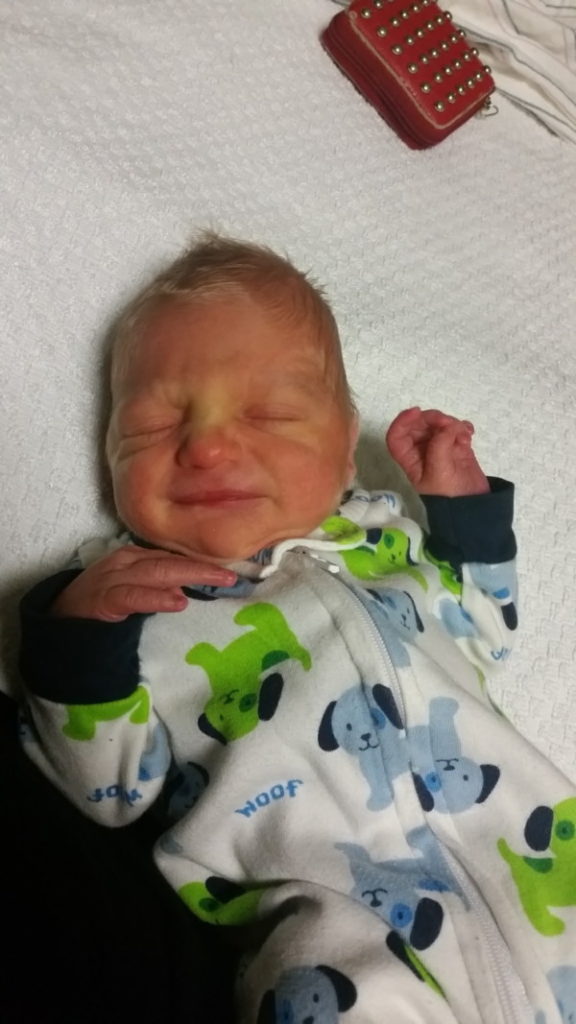 All in all, it’s been a very busy and eventful first week. I’m so excited to see what the next week holds for our little dude!