Today, in some, magical, improbable, excuse me while I cry in the corner way, this little nugget is 1 month old. I genuinely have no idea how, but since it landed on a Thursday I figured I would Think Out Loud about it and share Owen’s 1 month update today! First, let’s talk about how he quickly he went from this, (3 days old)

to this? AKA my new favorite picture ever. 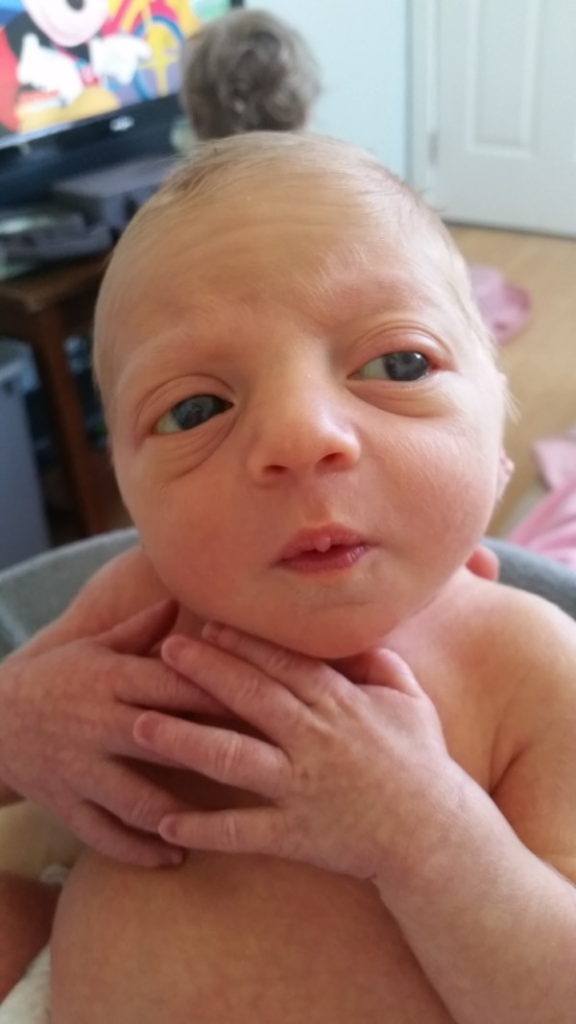 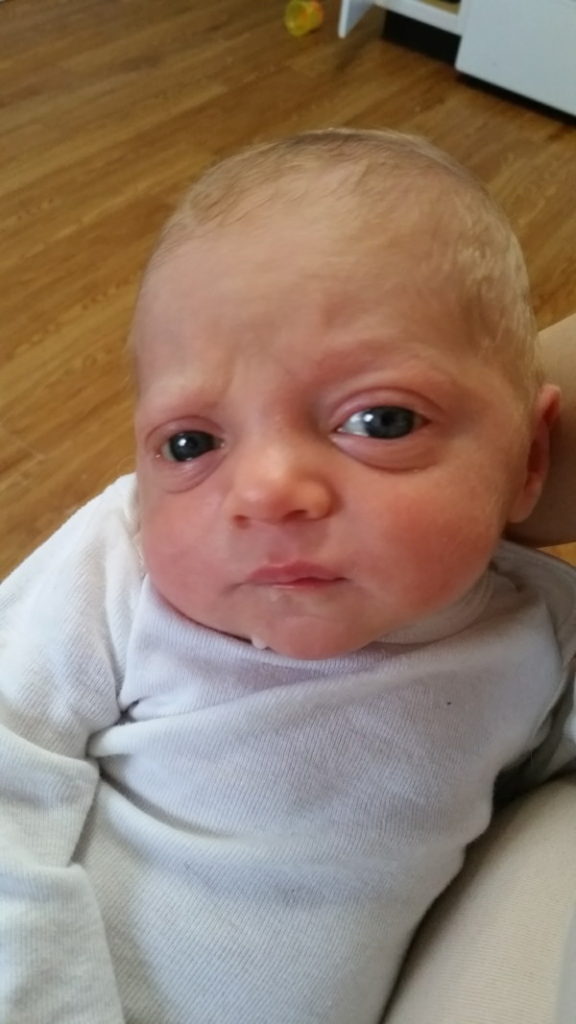 Dislikes: Dirty diapers, spitting up, having to search for the boob, getting his ears/nose/diaper cleaned.. that’s about it. He’s pretty happy. 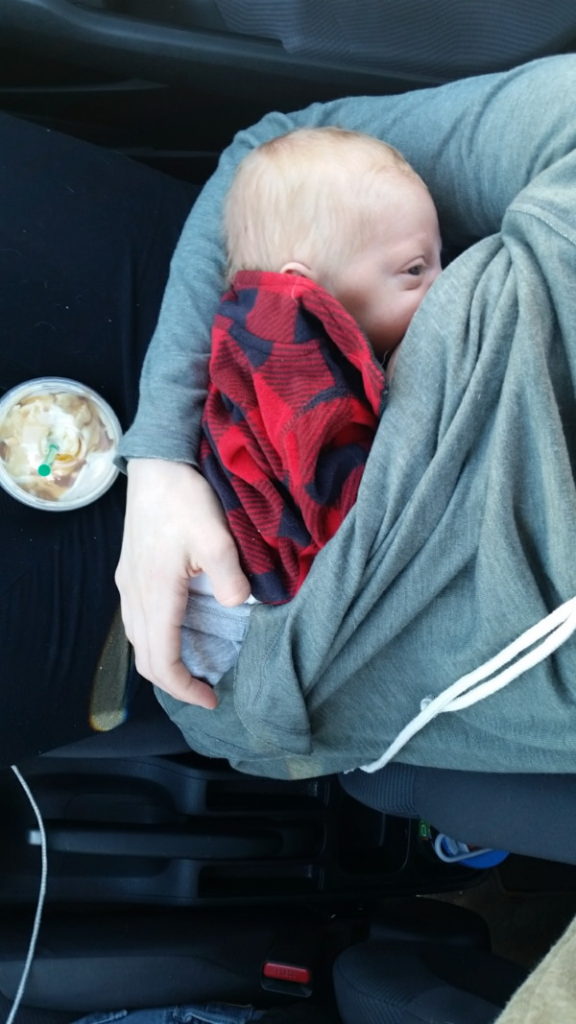 Eating: Owen is a great eater. Unlike big brother he usually just eats when he wakes up and then h
e is good until he eats after his next nap. (Ryan would feed ever 10-30 minutes..) He does cluster feed when he’s going through a growth spurt, but other than that he’s so, so good.

Sleeping: I hesitate to say much here because he’s truly not a terrible sleeper. During the day, he takes naps (in his bouncer) like a champ. He doesn’t like to sleep laying down in his bassinet – you can read more on that below but I think he has some reflux that bothers him when laying down, hence the bouncer sleep. At night it takes a while to get him to sleep in it, but he will eventually. Night time usually looks like this – 7:30 I put Ryan down and then I get Owen ready for bed (feed, change, swaddle). Depending on how much I have to accomplish that night, I put him in the bouncer (yay, he falls right asleep!) or in his bassinet (up to 2 hours of going in there on and off). He will usualy sleep until about 12 when I’ll feed and change him. This is the hardest one to get him back to sleep for, and we can sometimes be up until 2, but usually 1/1:30. He’ll usually sleep until 3 or 4 before waking up for a feed and change, then he’ll be up at 6:30. I’ll feed and change him and he usually refuses to go back to sleep, so I’ll bring him into bed and he’ll lay with me until Ryan wake up around 7:15. either of us fall back to sleep, but we both kind of drift and cuddle. I totally dig it.

Other points of note:

-I need to ask at his 1 month appointment this week, but I think we may have a dairy issue. I’m hoping it’s not true, but I’ve been trying to phase it out of my diet a little, in case it’s true. He has some really persistent diaper rash that will not.go.away, and I remember that Ryan had the same thing and it went right away once I quit dairy. He’s also spitting up after every meal, and has a really hard time falling asleep laying down. So I mean. That’s cool.. 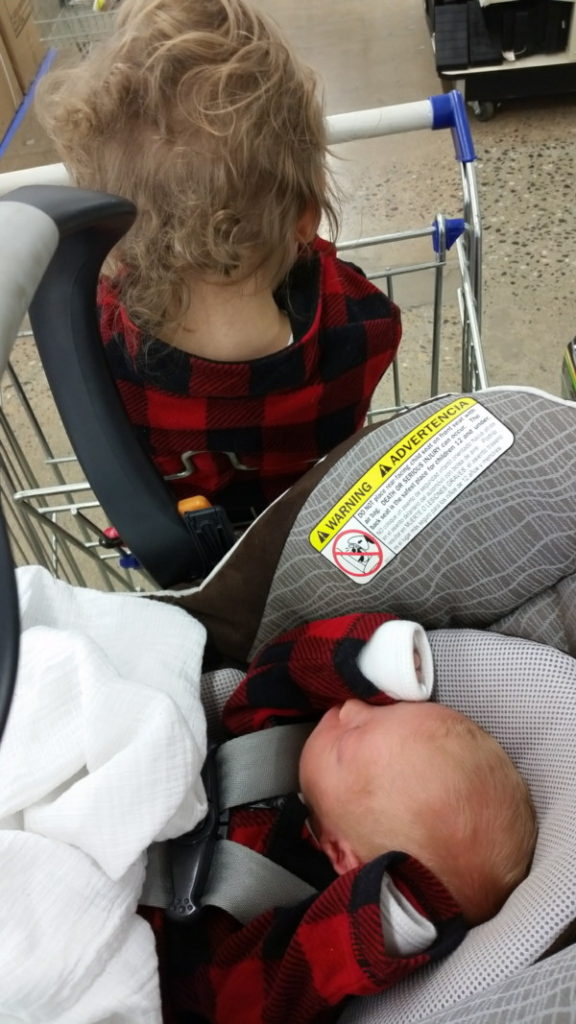 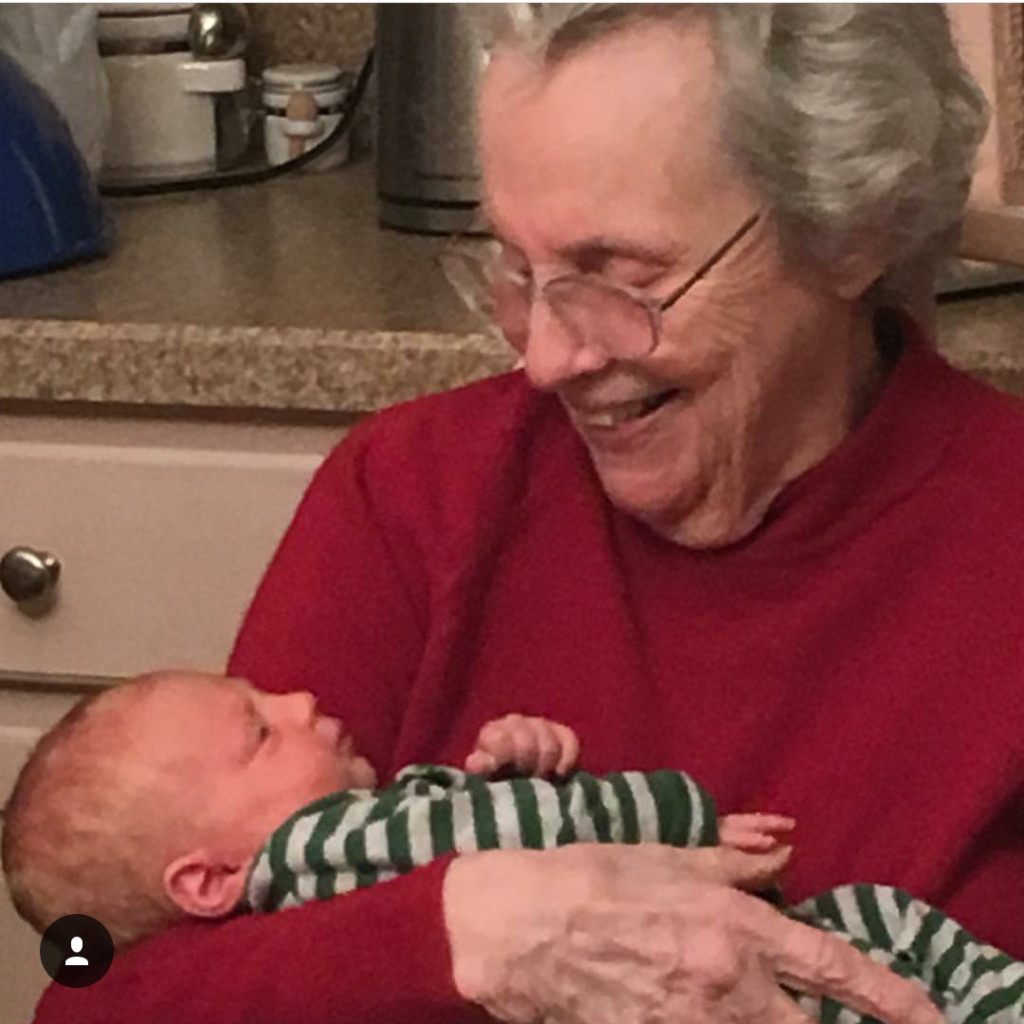 -Little guy had a bunch of first (obviously.) this month! First Chipotle, Sam’s Club, grocery store trip, first time meeting (uh, everyone..) his great-grandma are some of the more notable ones!

And, for good measure, here’s Ryan at one month: