This is how about 2/3 of my Google searches start. You moms know what I mean. “Is it okay if my kid only eats apples for 3 days straight?” “Is it normal if my son never takes a bottle?” “Why is my baby spitting his chewed food out?” (these are all things I have Googled since Ryan was born..) It’s easy to wonder if something is normal when you’re a mom. I find myself doing this ALL the time, especially as a first time mom with no baby experience. Am I normal? Am I doing an okay job? Am I the worst mom in the world? Probably not. Chances are, the things that I’m wondering about if they are normal or common are probably done by a few other moms, whether we admit it or not.

So here are a few “mom confessions” of mine that I’m a little embarrassed to even admit. If this helps just one mom reduce her mom guilt or feel a little less crazy, though, it’s totally worth it. On the other hand, if you all think I’m totally insane, then at least you all got a good laugh. 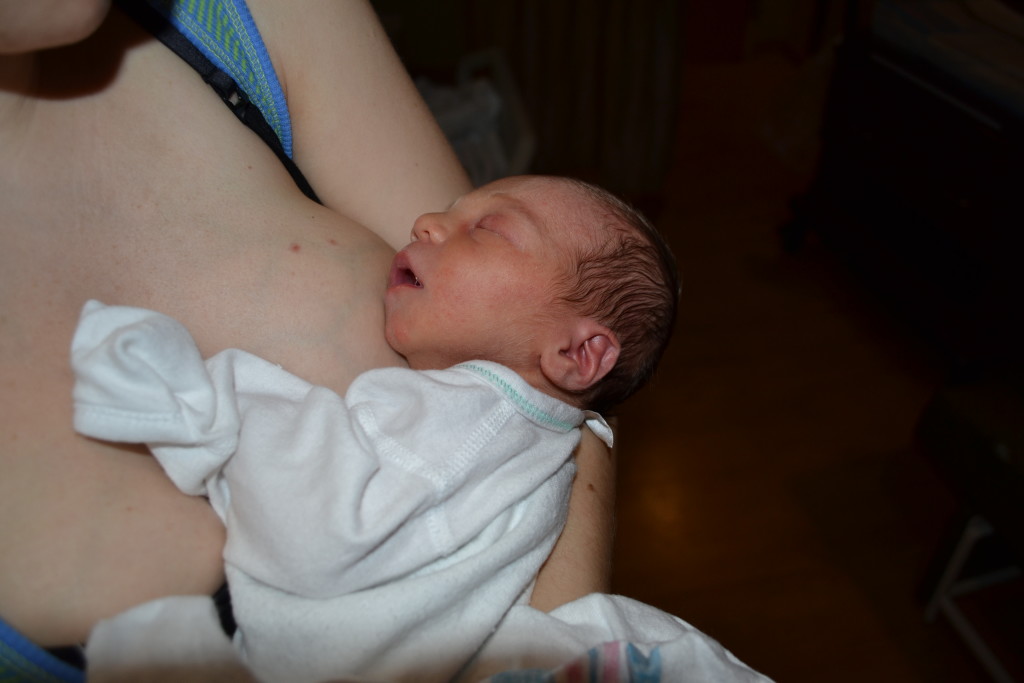 Sometimes I don’t want anyone to hold my baby. This was very true when he was a newborn. Did anyone else have this happen?: People come over to see the baby and I spent the first 30-45 minutes nursing/rocking/burping/changing him to make him happy. The second he’s happy and I can enjoy him, “Let me hooooolldd him!” 20 minutes later he poops, pees, cries and/or spits up and he’s handed back. Rinse and repeat. But now, sometimes I just don’t want someone to hold my baby. Not even a stranger, but a friend or even family. Sometimes it’s not even that I want to hold him, I’d rather him sit on the floor and play, but because I don’t want other people to hold him, I will. 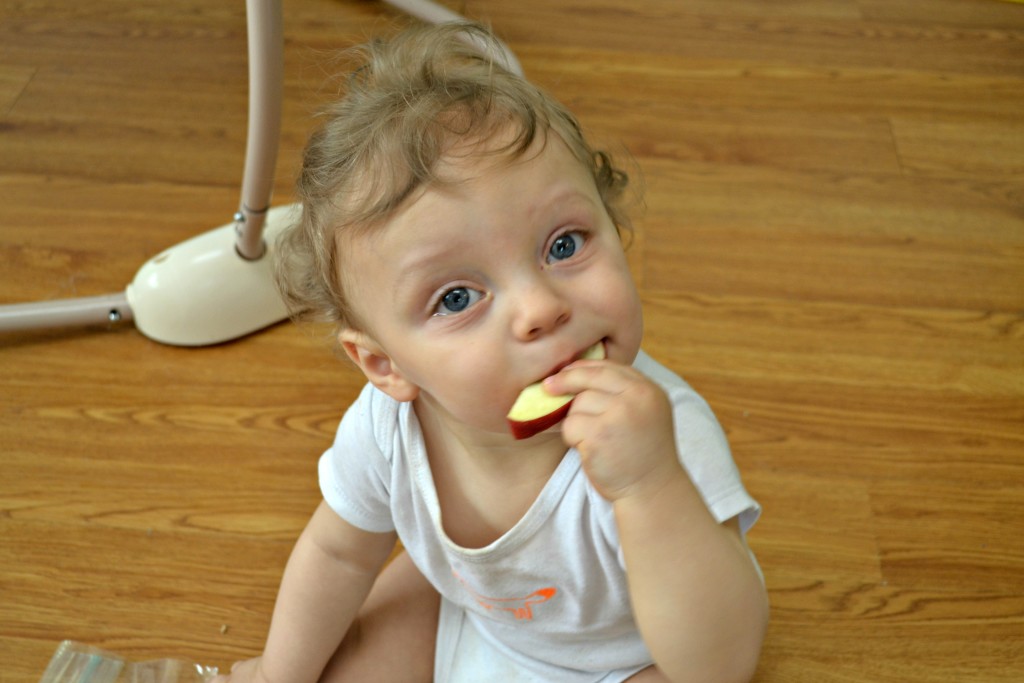 Sometimes I worry less about nutrients and more about getting it down the hatch. Somedays Ryan barely wants to eat, so I just give him his favorites. Thankfully, he’s a REALLY good eater and loves healthy food, (I thank baby led weaning!!) so his favorites consist of most fruit, chicken and olives. But some days he’ll only eat apples. Hell, today he ate half a bag of freeze dried apple slices and nothing else. Hey, at least he’s eating, right?

I still nurse and rock my son to sleep. I feel like this one is SUPER controversial, but I still rock and nurse Ryan to sleep for bed AND naps. People always tell me I need to stop but we’re on our own time. No, I haven’t slept a whole night since he was born. But to be honest, I know I’ll miss it one of these days, so I’m okay with it.

Unless it looks or sounds dire, I really have lost all cares about my son falling/bumping his head. A lot of the time, Ryan falls and then looks at me for my reaction. If I look concerned, he cries. If not, he keeps playing. People come over and see him fall and me barely even turning and freak out, but whatevs. Half the time I start clapping to help him not freak out.

Sometimes I don’t change my son’s clothes until it’s time for clean jammies at night. I change him into PJ’s each night as a part of his bedtime routine, but sometimes if it’s gross out and I know we’re not going out…

When I hear my son wake up in the morning, sometimes I cover my head with a pillow for a few minutes and let him fuss. As stated above, I haven’t had a full nights sleep in over a year. I’m pretty used to it by now, but sometimes, especially after a rough night, mornings are rough and I try to pretend he hasn’t woken up yet.

I kind of think it’s funny when my son tackles the cat. The first time, I definitely got freaked out because she legitimately hunts me on the regular, so I wasn’t sure how she’d react, but she is really really good with him. She just plays dead, essentially, and I have to say, looking over to see him basically hugging his ‘sister’, I kind of laugh. And then gently pry him off.

I’m not as worried about germs as I (probably) should be. The five second rule is the name of the game here. Also, wiping something off on my pants. Or shirt. Or mouth. Granted, if a toy falls on a questionable floor, I don’t give it back, but I’m definitely more lax with germs and dirt than other parents. But, hey, he’s only gotten sick once, so maybe it’s helping?

I made my son cry once by raising my voice at him in frustration. One time, and I felt TERRIBLE. But still. I don’t even remember what he was doing but I remember having said no and physically moved him a few times and then he did it when I wasn’t looking. It was one of those days where I was doing a million and seven things, and it was the tipping point. I definitely am trying to raise him in a no yelling house but everyone has their moments.

I hoard certain facts and pictures from my mom and MIL because I want some things about him to be special and just mine. Is that weird? I don’t know. I have a few pictures and memories that I love more than anything in the world and they are so special to me I don’t want them to be anyone else’s. Selfish? Probably. Sorry? Nope. 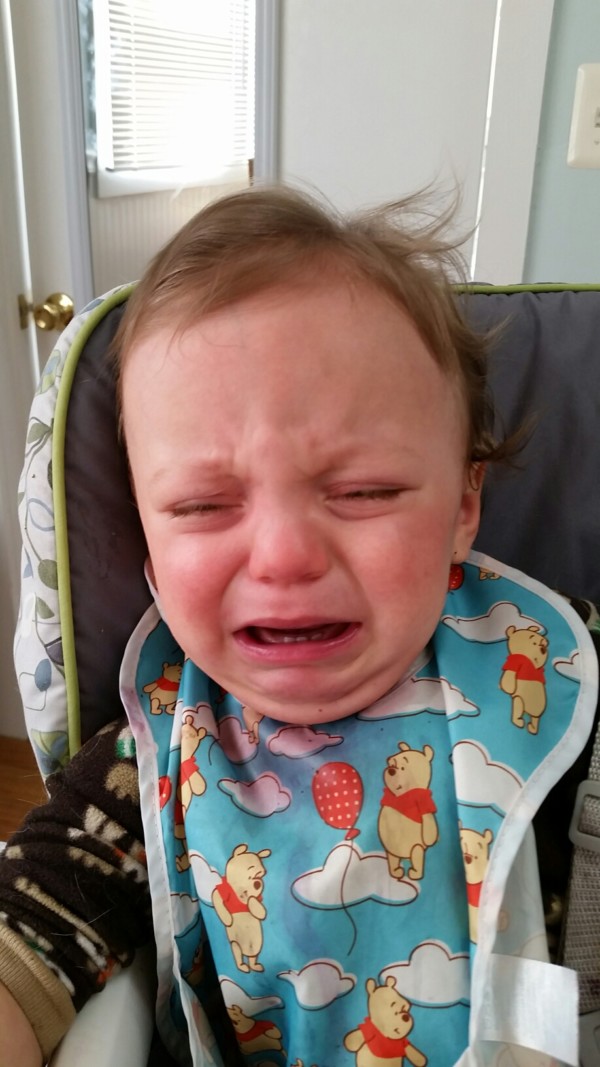 I put off comforting my son to take pictures of him crying. Pretty self explanatory, but man I just find his angry/sad face too damn cute and hilarious. #butfirstletmetakeapicture

Man, I could probably go on ALL DAY. I’ll probably do this again once I get over the embarrassment of admitting all of this, but until then, it’s your turn: What is a confession of yours, mom related or otherwise? Let me know in the comments!

I’m linking up with Amanda from Running with Spoons for Thinking Out Loud!