Since I just posted Owen 1 month update, it felt a little silly to post a 5-week update just 3 days later. Not much will have changed, ha! Recently I’ve been trying to think of what I should be posting here on Sundays – I was doing weekly pregnancy updates, and then weekly Owen updates, but I think that weekly updates for Owen are coming to an end – while babies change daily as newborns, I feel like around 1 month things  start to settle and a weekly update would get very, very boring to write, much less read.

I’ve come up with a few different ideas of what I would like to start posting here on Sundays, and one of them is this In the Life of Boys series. At least once a month I’m going to do a post of photos and stories about the boys – adorable tidbits, fun firsts, silly things they say or do. It’s a fun way for me to be able to look back at what they did when and I think it’s a fun way for you all to get an inside glance at the boys. So today, I give you the first of many In the Life of Boys!

First, have I told you all about Owen’s favorite thing? It’s bird nature noises. Kind of like white noise, but mostly just birds chirping. We only found out because his bouncer has a button for it, but the batteries are so low it only play for like 1 minute. Anyway, one day he was fussing, and Ryan hit the button and he immediately calmed down. Then woke back up in a minute when the batteries died. So I searched on Youtube for a video of it, and it turns out there are a TON of 8 hour long videos of random noises to sleep to. So we listen to a lot of birds around here.

I guess I should note that these are not in order. But if you’ve ever wondered what life with a 22-month-old and a 2 weeks old is like, this says it all: exhausted mom, sleepy nugget, crazy toddler. 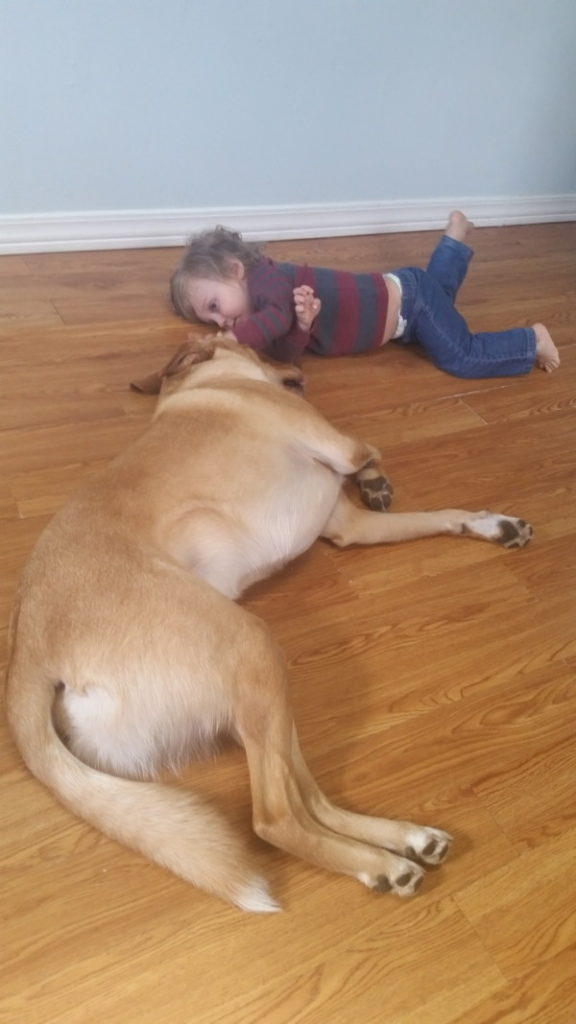 Almost every day Alex and I talk about how sad we will be when Cooper gets old and passes away because Ryan loves him so. damn. much. Not having grown up with a dog (or cat, for that matter) myself due to allergies, it warms my heart every time I see them together. Cooper is the perfect family dog – a little dumb, but he is SO good with our kids.

Speaking of exhausted moms, this selfie with Big Boy has become a favorite, even though my hair is a hot mess and I look like I’ve been up for 8 days. 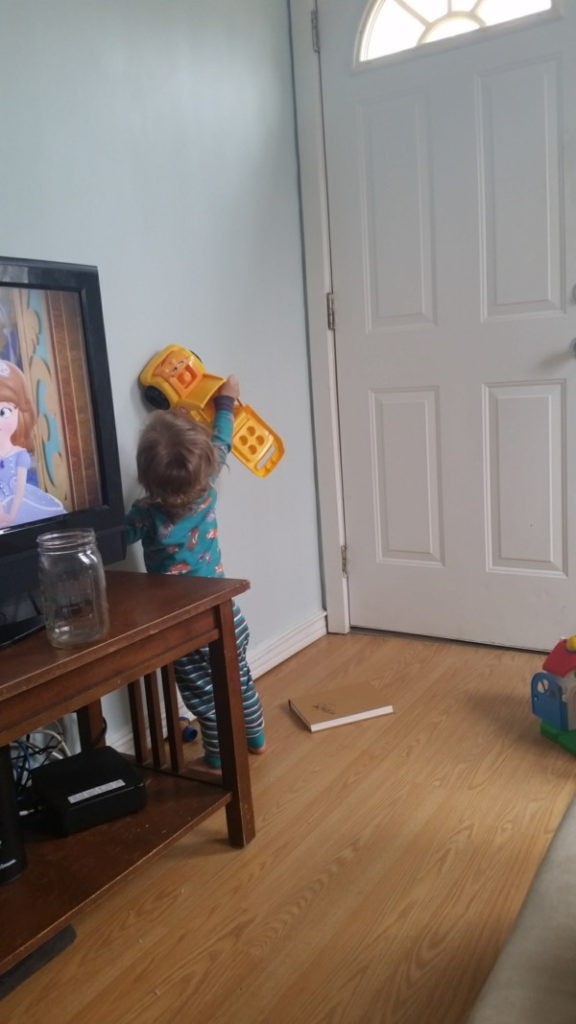 As you may know, Ryan is obsessed with cars. All of them. Lately, his love is driving them on our walls. It brings a whole new meaning to, “You’re driving me up a wall,” to say the least.

You often hear about babies being “milk drunk” in the first few weeks – drinking a ton of milk and then having a dazed, blissful look on their faces. This is Owen’s milk drunk face and it KILLS me every time. 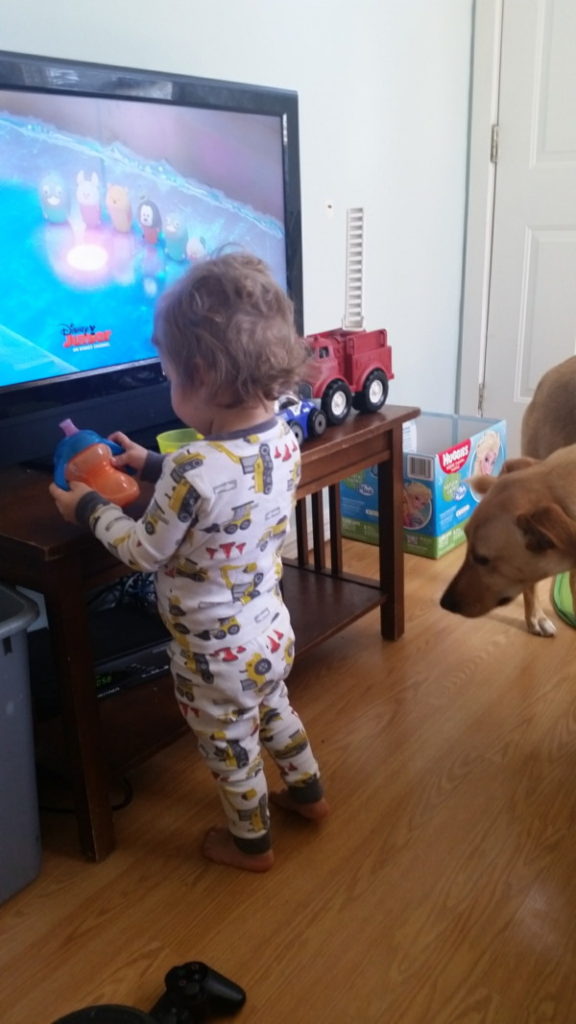 This is how our mornings look – cartoons, and Ryan’s lineup of toys, snacks, and smoothie on the coffee table, Alex and I watching while I nurse the Nugget, Cooper hoping for scraps. 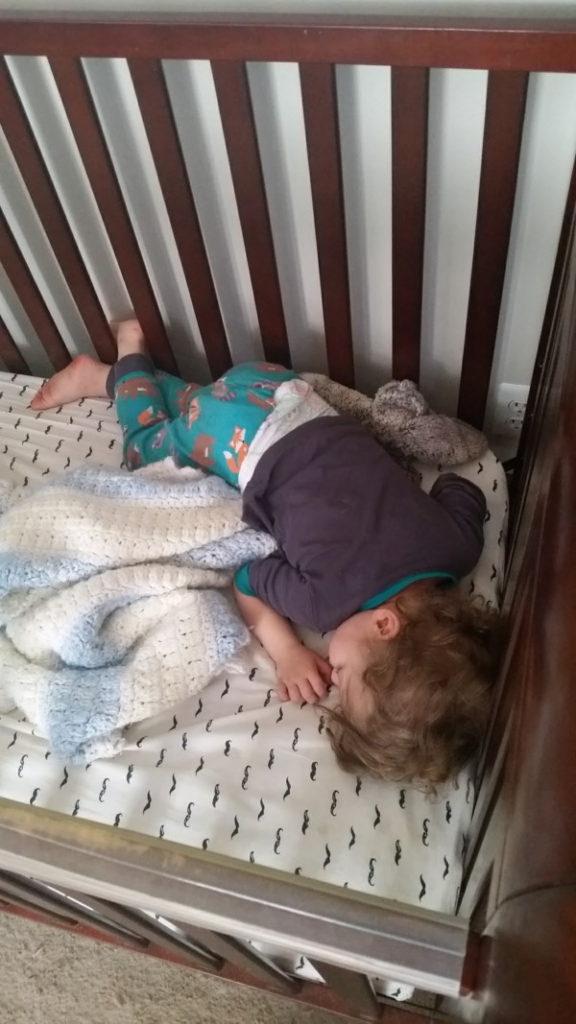 And finally, a picture I sent Alex a few days ago when Ryan’s nap was going well past his normal wake up time. He may be a total psychopath, but he’s such an adorable, peaceful sleeper. There is nothing more adorable than a sleeping baby if you ask me. (or, I guess, toddler, but he’ll always be my baby.)

In the Life of Boys – Happy Memorial Day!

In the Life of Boys V

In the Life of Boys IV

In the Life of Boys, Volume III

In the Life of Boys, Volume II

In the Life of Boys, Volume I