Welll helllllooo there!  How’s it going? How was your weekend? Did you get a lot done? I feel like it’s been a while since we chatted last, but the truth was I had some fun stuff to share last week and I’m still trying to figure out a schedule that doesn’t drive me crazy/burn me out while still providing you all with great content. THAT is why I’ve been messing around with when to post a best of the weekend VS a Friday Favorites. Or like this week, neither and turning it into a photo dump.  I used to do this In the Life of Boys post once a month – a bit of a photo dump of my recent times raising 2 mongrels. Since it’s been almost 2 weeks since I’ve chatted with you all in a casual manner, I thought it would be a good way to get out all of what’s been going around here.

This past weekend was one of ‘those’ weekends – Alex was away working all weekend and for some unknown (lies, it was because I knew we wouldn’t be leaving the house much if at all over the weekend) I decided it would be a good weekend to jump full on into potty training Ryan. While we’ve started introducing the potty to him, I haven’t ‘enforced’ it much and since the day he was born he has never been bothered by a dirty diaper. Like, at all. So using diapers and/or Pull-Ups just wasn’t working. So we went to undies and it’s been.. interesting. and stressful. And basically, I feel like I’m losing my mind.

Anyway, let’s get into the past week or two, shall we? 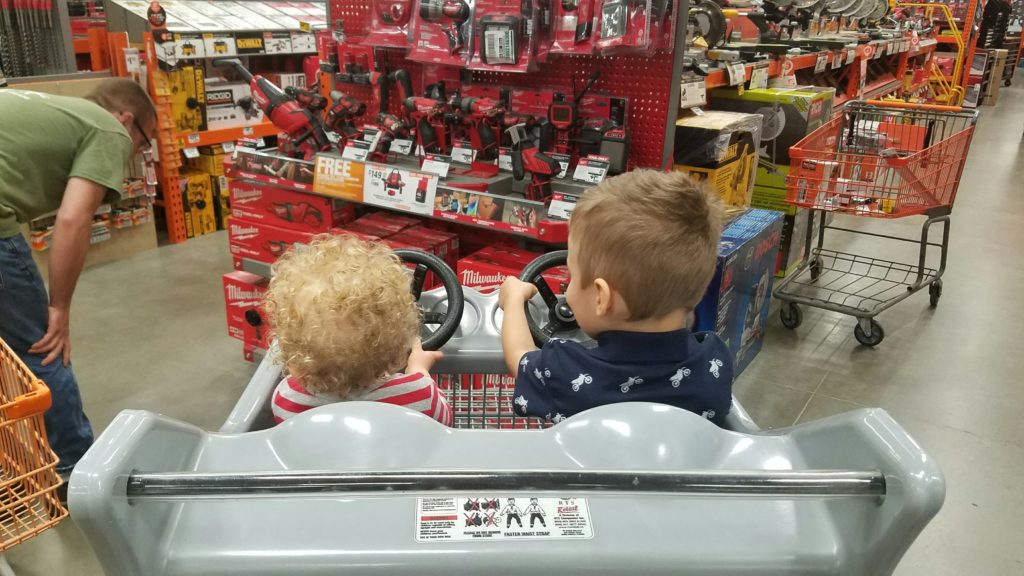 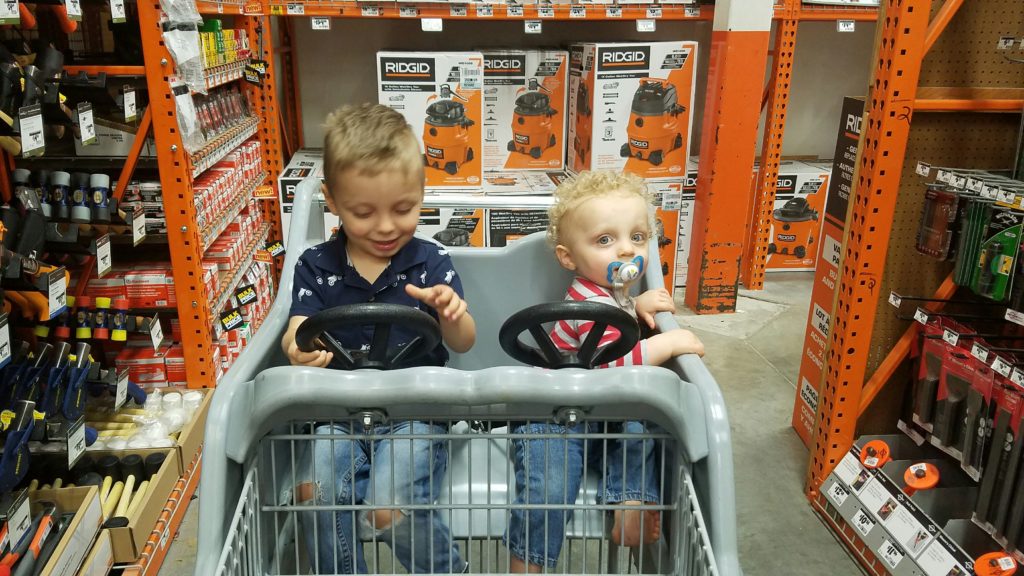 I’ve begun the transition from cart + carseat to a double cart and for the most part it’s the worst because those carts are seriously gigantic and just horrible. Can I please praise whoever invented this cool cart that is the length of a normal cart with 2 story baskets to make up for lost space) and has steering wheels? Way cool. 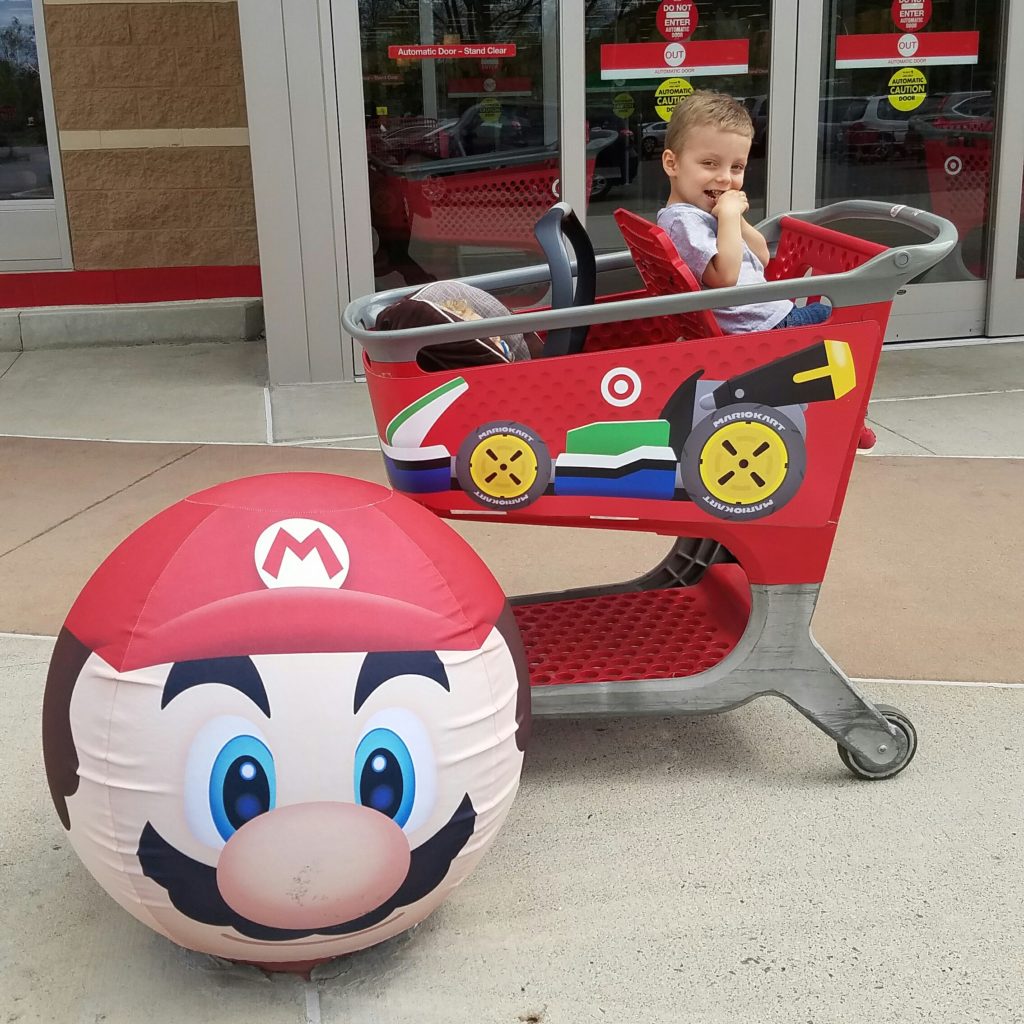 Also cool: this randomness at Target. Ry was into it. 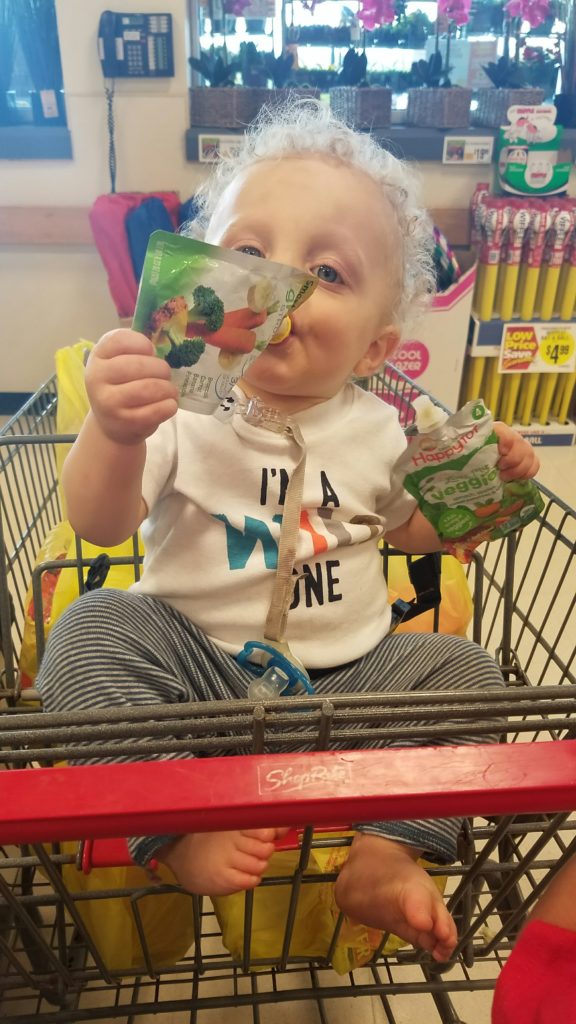 I give you: the greediest little chubchub I know. Look how happy he looks with both his and his brother’s pouches. (I get them pouches the second I get into the store to buy myself some quiet.) 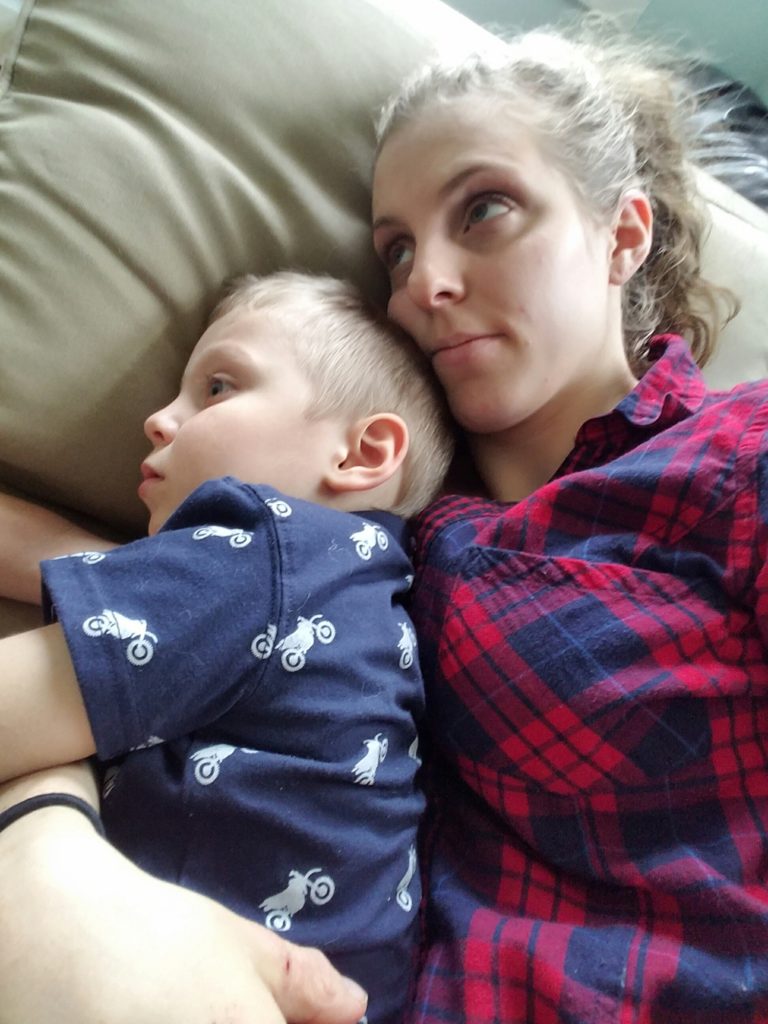 This big boy had gotten into cuddling lately and OMG I am so feeling it. 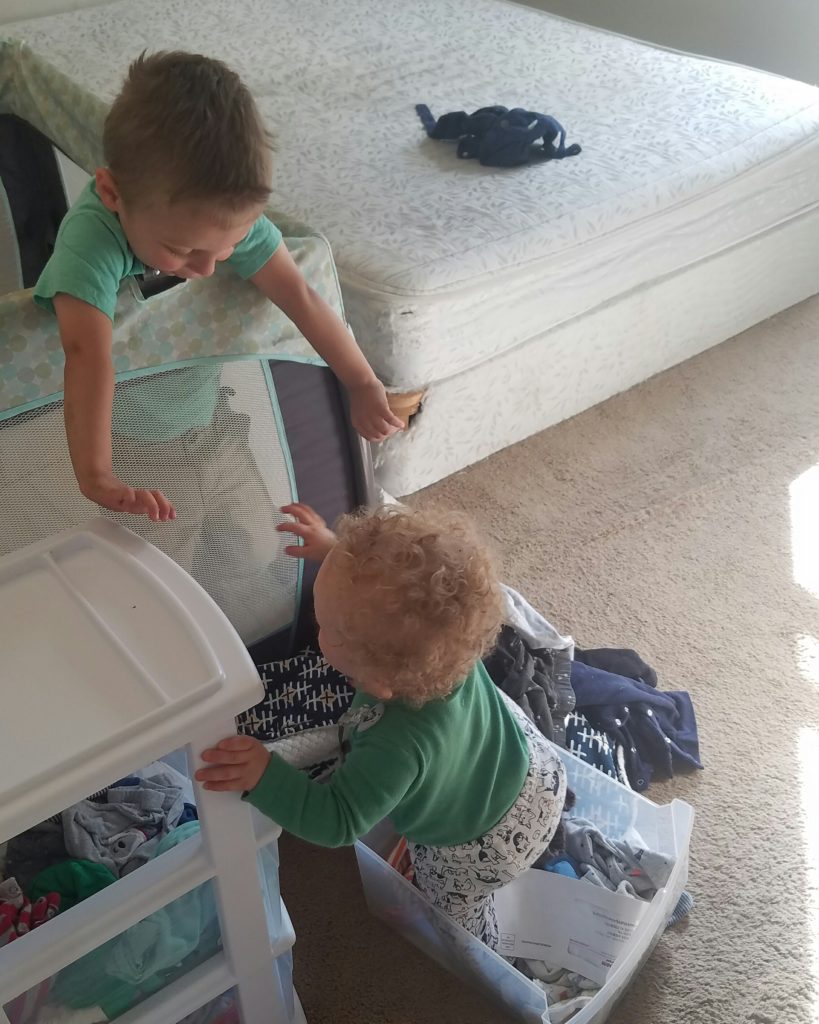 I walked away for 30 seconds to pee. I came back to this. EVERY.SINGLE.TIME. 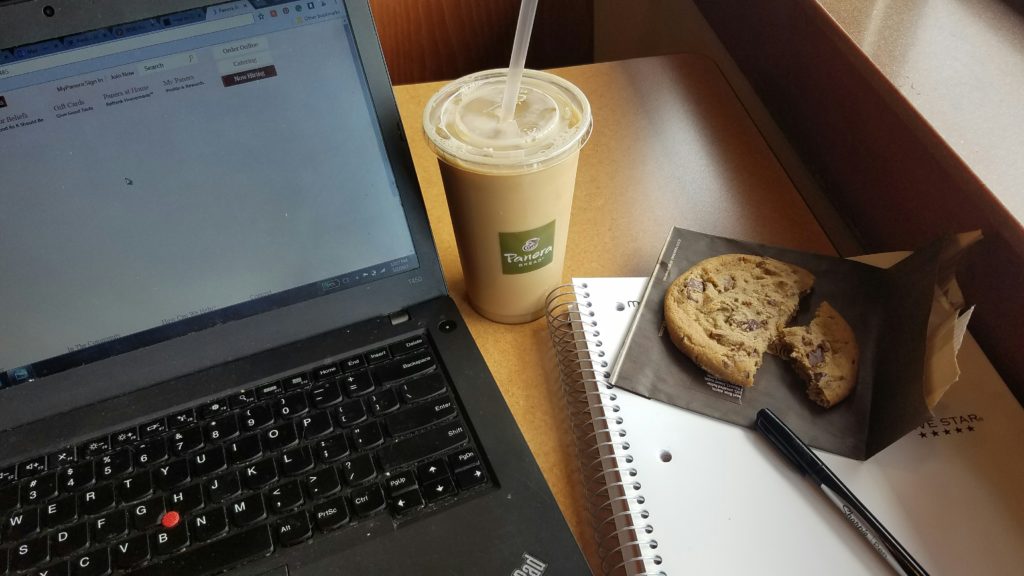 Major props to my amazing family. Alex worked a different shift last week and this week. I’ve already been feeling so overwhelmed and behind on blog stuff so after (literal) months of Alex telling me to accept help, I asked my MIL to come up to our house for a few hours and watch the boys while I ran to Panera and got work done sans distraction. I had my dad so the same later that week. It honestly helped SO much and it was a good reminder that I get more done mid day when I’m not shot.

An everyday occurrence in this house. I swear.

Just hanging out with my bestie way too early for my liking. side note: I always knew Owen looked like me because of his eyes (Ryan has the same ones)  but I felt like, and most people agree, that he looks a lot like Alex. (whereas Ry looks 10000% like me/my brother/my dad) But I was looking at pictures of me at Owen’s age and oh, my. He’s my little twin. 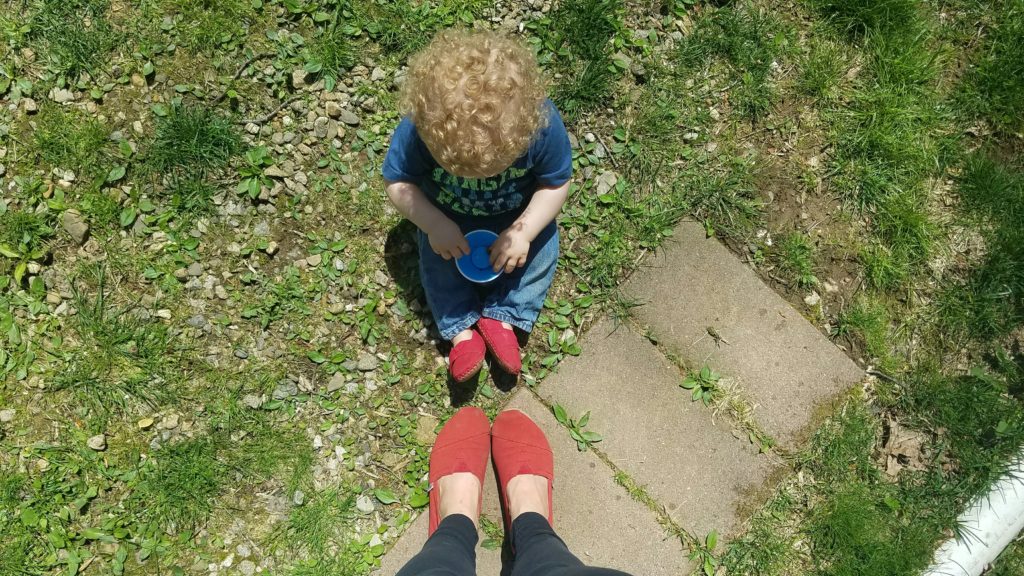 Which is a good thing considering we have the same shoes and what not. 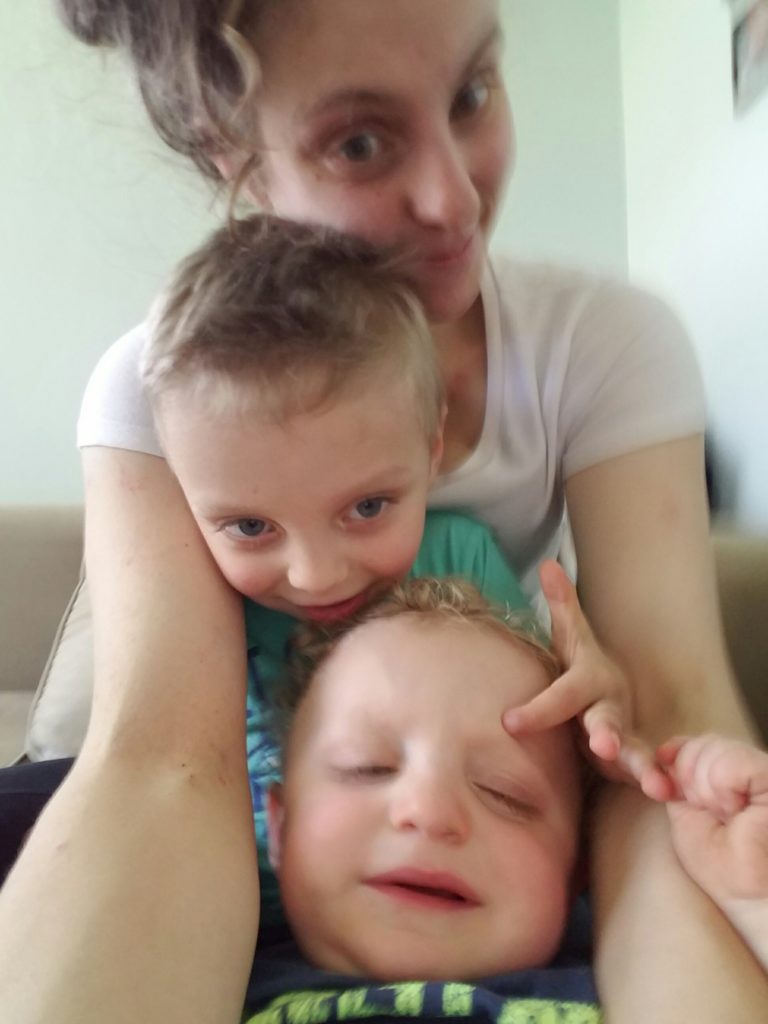 This is what a typical photo of the three of us turns into. 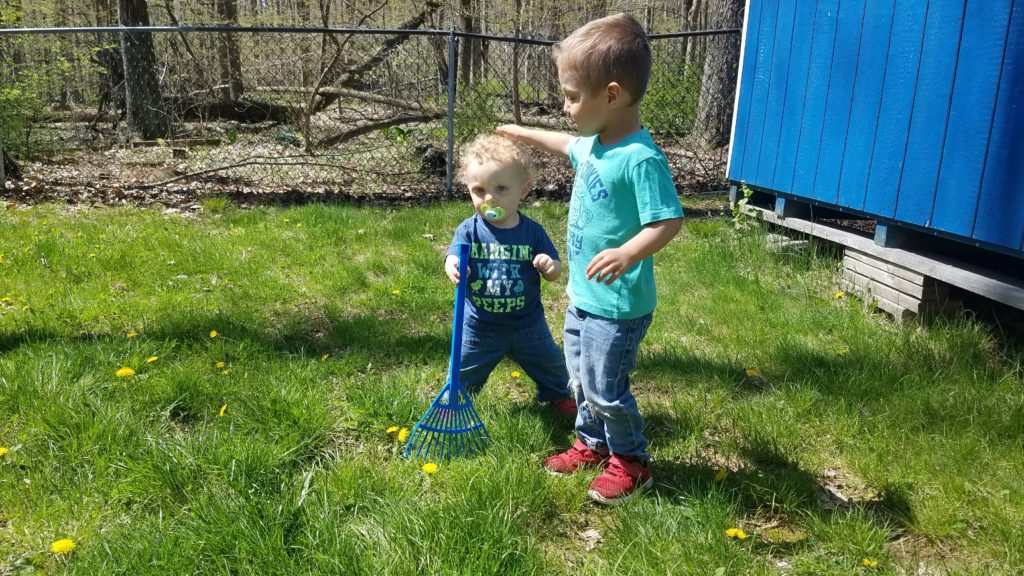 And this is what happens when I tell Ry I want to talke apicture with his brother. He was patting his head and saying, “good dee.” (what he calls Owen) 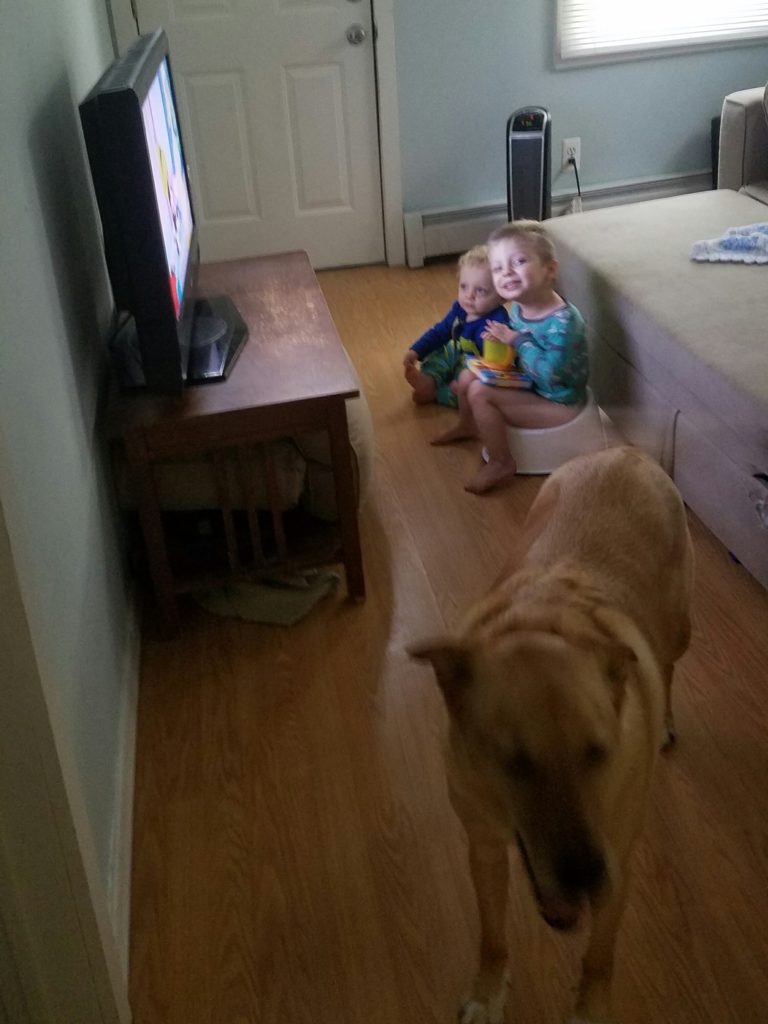 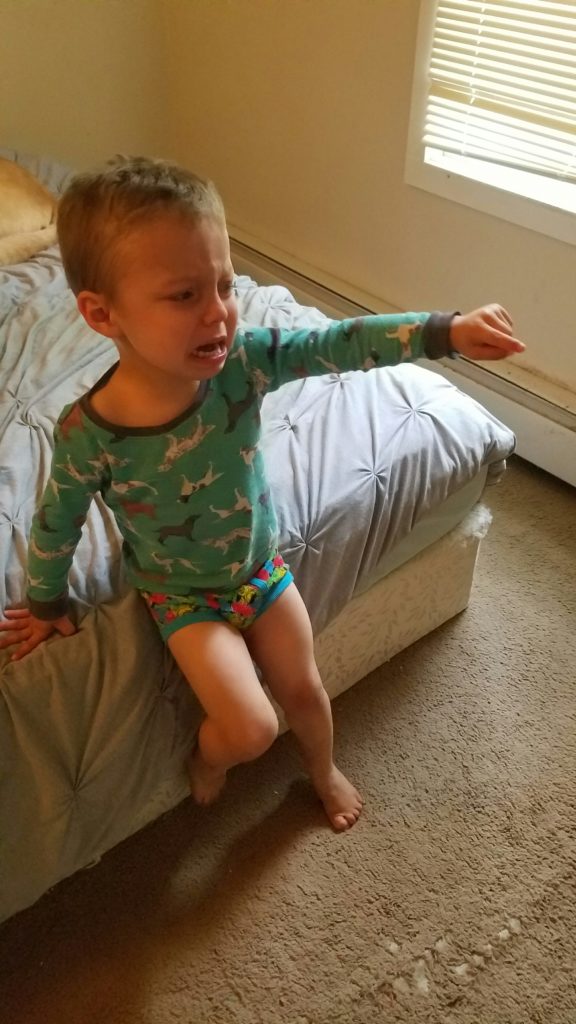 And finally, basically the type of pictures I sent Alex all weekend.

Okay, my friends. I’m off to go scrub my house because apparently almost 3 year olds have bad aim or something.. let me know how your weekend was in the comments!

In the Life of Boys – Happy Memorial Day!

In the Life of Boys V

In the Life of Boys IV

In the Life of Boys, Volume III

In the Life of Boys, Volume II

In the Life of Boys, Volume I