How is it already Monday? Does anyone else feel like the weekend flew? I don’t know where it went. I’m not sure if it was because we were pretty busy or what, but it definitely flew! Either way, let’s get to it! As always, I’m linking up with Katie and Erin!

Friday we finally hit up the splash pad that opened near our favorite playground in town. Alex took Ryan a week or two after they opened it but he said Ryan wasn’t a huge fan. This time, he wandered a bit around the outskirt and then next thing I know he’s drenched. I think it helped that my friend came up with his little buddy (her kiddos are almost 4 and almost 9 months, so our kids work well together.) and they had a blast together. 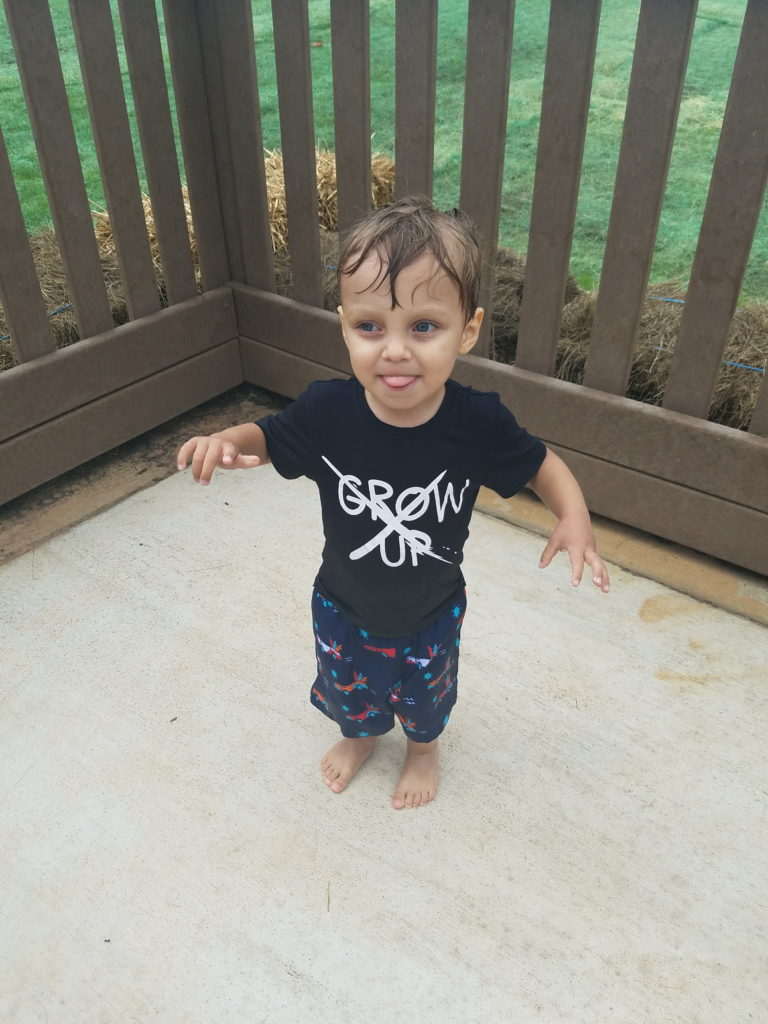 Can we please  talk about how freaking big he looks here? Me oh my, I am just not ready for this. 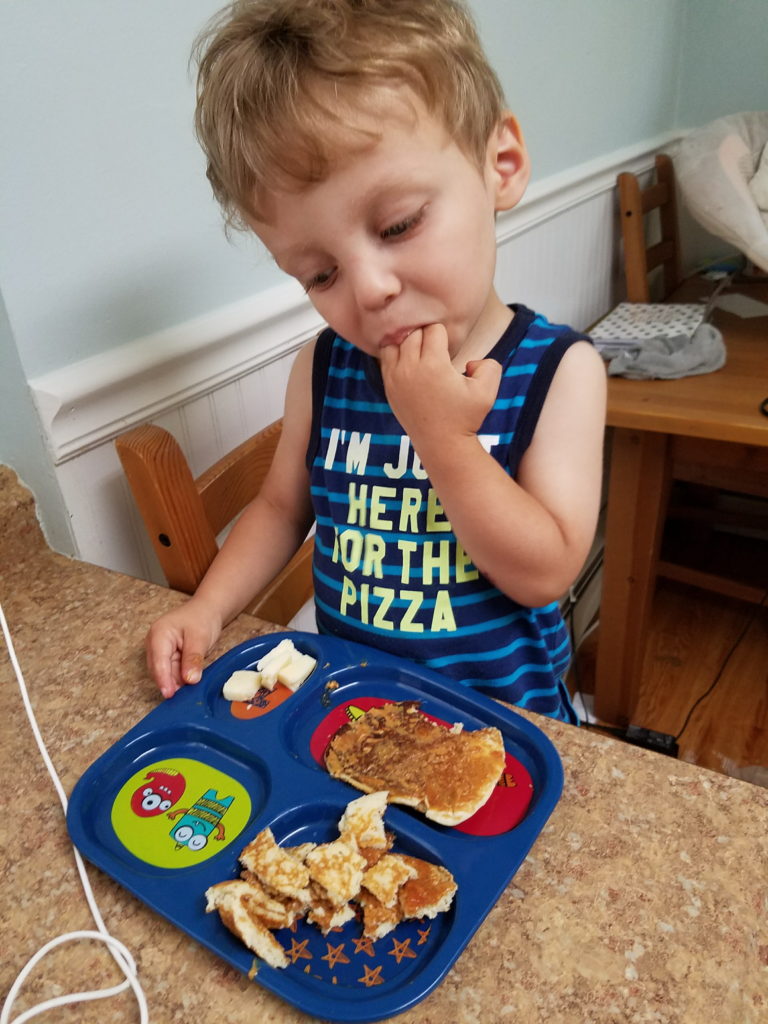 Saturday morning looked like this- pancakes eaten while standing on a kitchen chair at the kitchen table. I try to enforce eating ‘rules’ but sometimes it’s just not worth it, ya know?

Then we went shopping. Has anyone else seen/tried these? I’m intrigued. 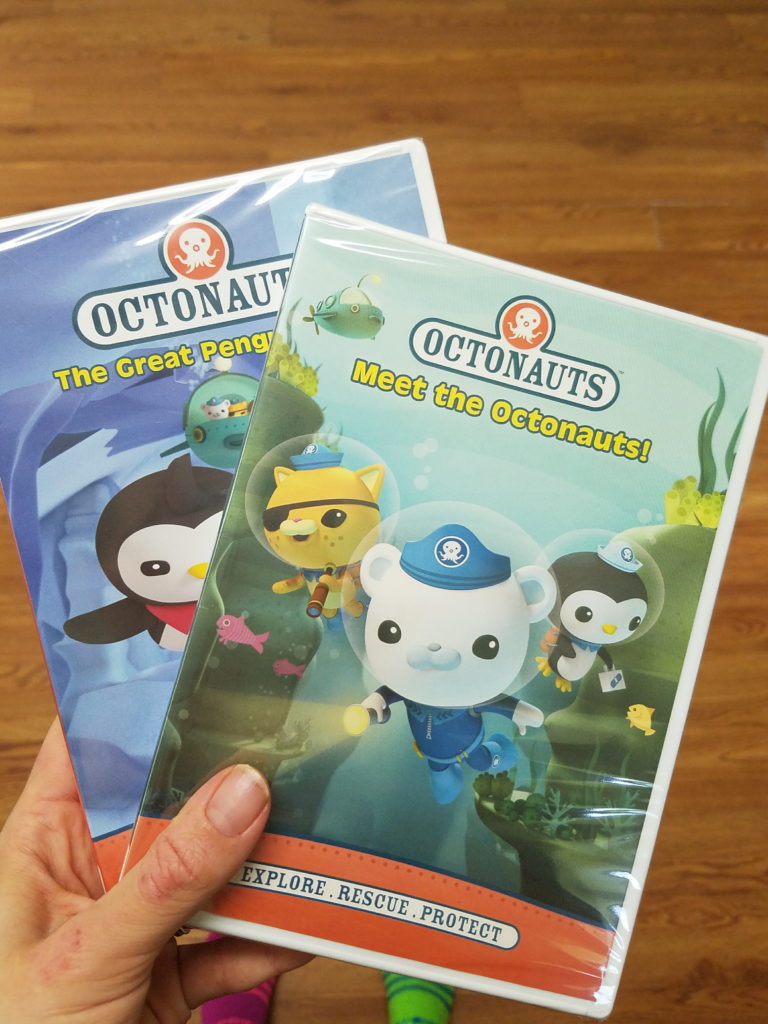 These also came in the mail. I found the cheapest DVD’s I could find because I’m cheap. We have a rear entertainment system with a DVD player and while I refuse to use it all the time, it’s already proving useful for long trips. (2+ hours) 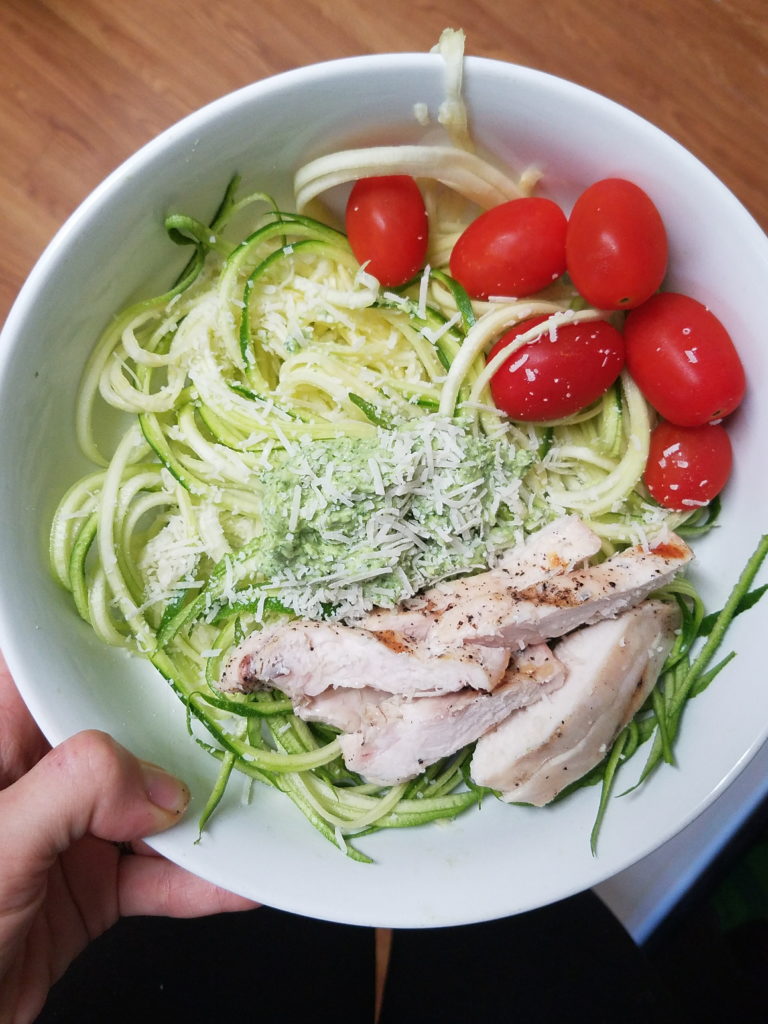 For dinner, I made Creamy Pesto Pasta Salad and put it over zoodles for myself. Not gonna lie – not as satisfying. After dinner, we went driving because new car, and then after I got the boys to bed Alex put on a movie while I wrote a blog post (that I scheduled wrong so it didn’t post.. ugh.) I’m glad I was doing something else because I swear the whole movie was just over my head and required too much learning for my tired mom brain. (If you’re wondering, it was The Big Short, and it just required learning too much about real estate and finance for me to find it enjoyable.) 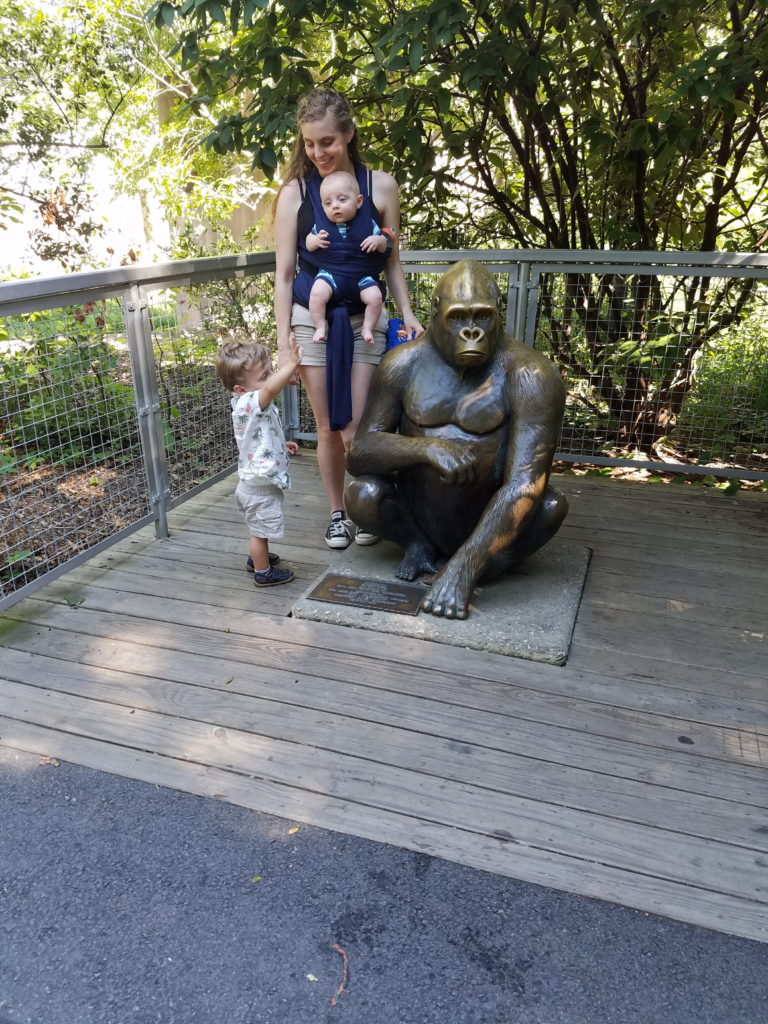 Sunday we were up briiight and early because we were heading to the Philly zoo! Exciting stuff. Here’s where we get to the real life motherhood – it was one of those days. From the moment we got there, Ryan was in a mood. It didn’t help that I realized once we were there that I forgot my membership card (it was NBD) and that all of the animals seemed to be chilling out of view. We didn’t last very long, which made me thankful we had a membership to make the trip free.

What little time we did spend there, Ryan spent petting flowers and saying hi to statues. I don’t know, you guys. Two is a weird ago. 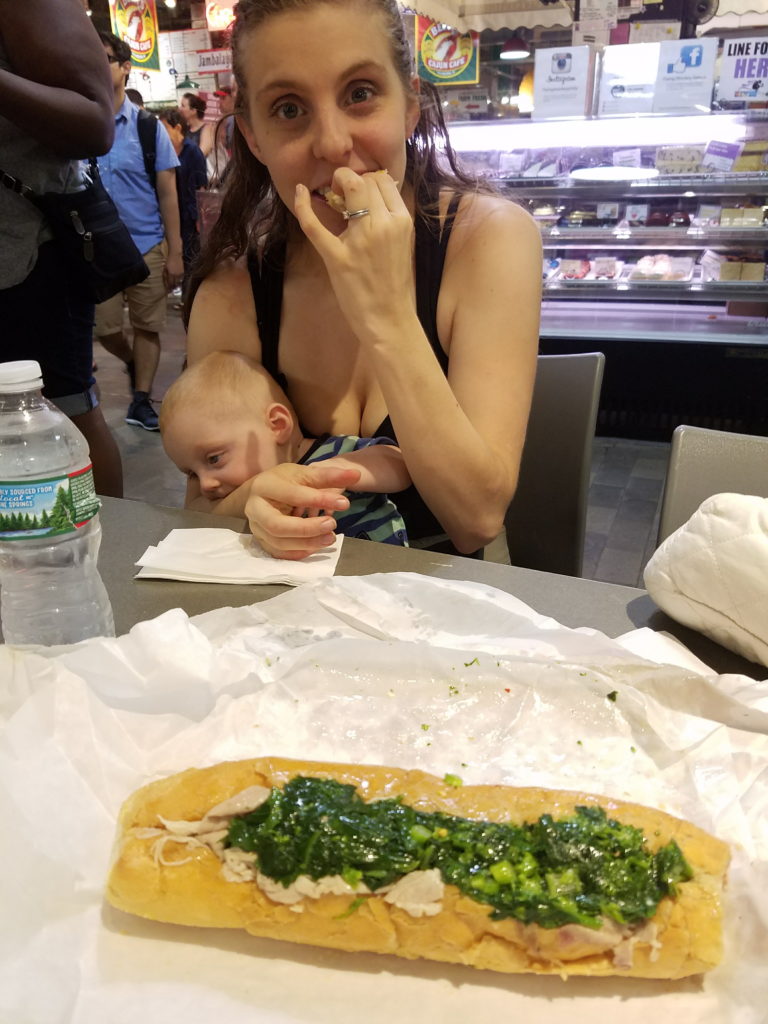 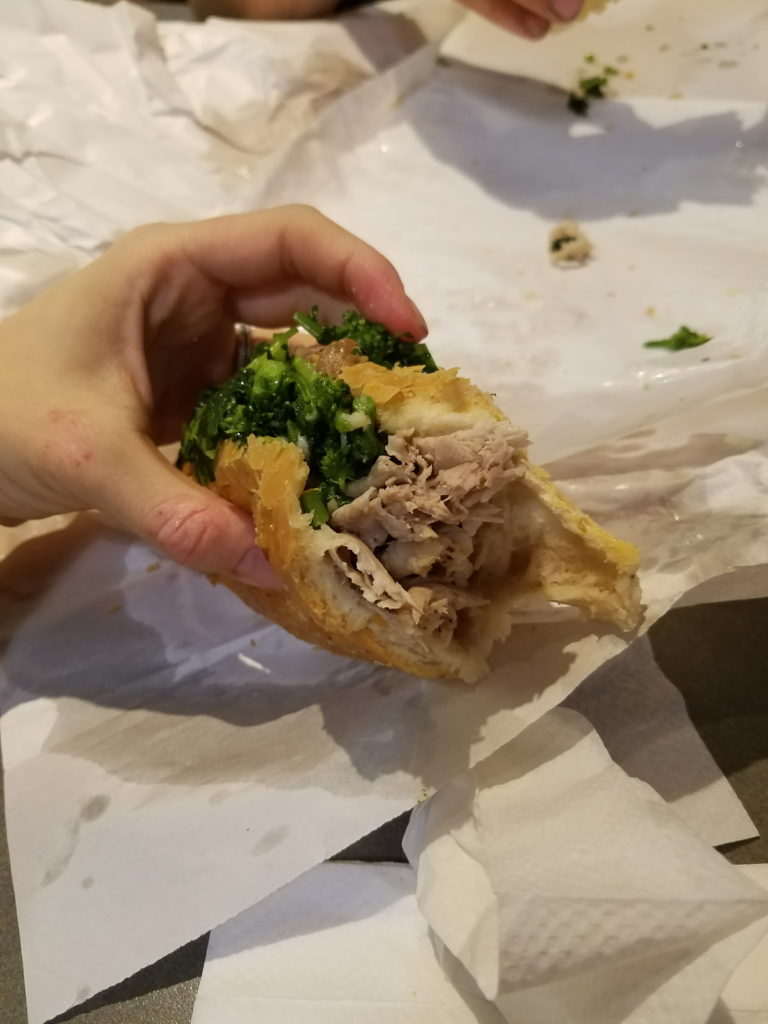 After we went to Reading Terminal Market and got our favorite DiNics. Roast pork sandwiches with broccoli rabe. Gimme. YES, I hate bread, YES I’ll probably be itchy tomorrow. NO, I don’t regret it. (PS, Alex took that flattering picture of me, and I swear Owen isn’t falling – he’s chewing on my arm.) 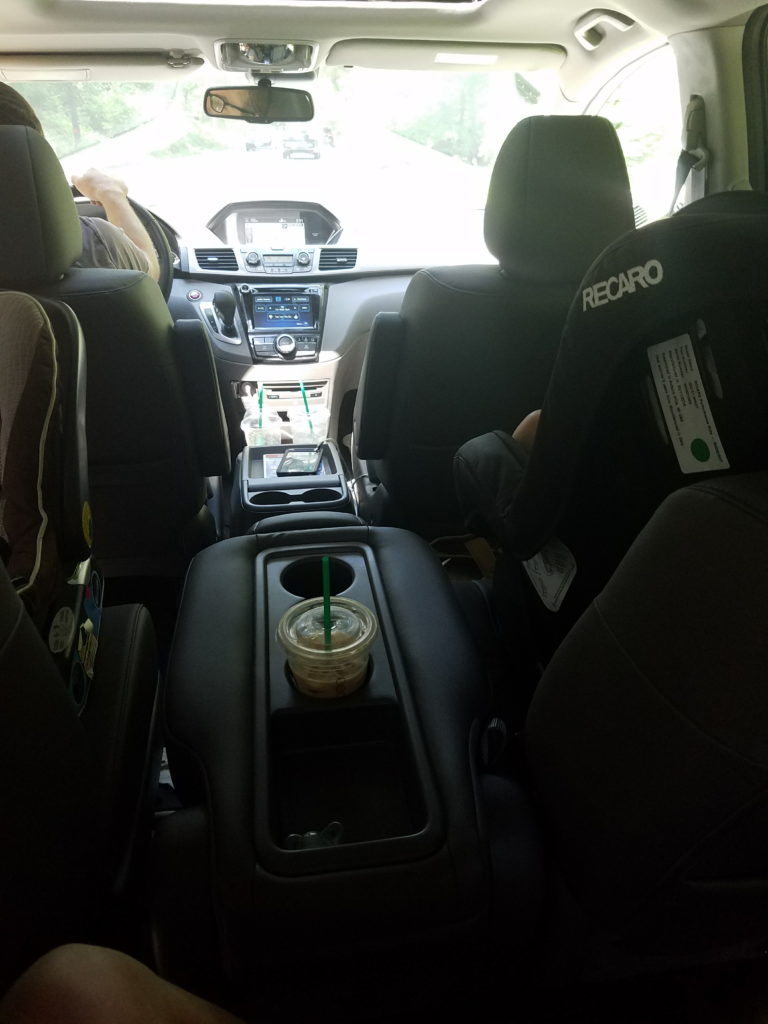 The drive home was kind of a mess of tears and whining. Though we both admitted it would have been absolutely miserable in my old car. I sat in the third row sippin’ Bux and replacing Owen’s paci every 2 seconds.

There were some car naps (inevitably, 2 minutes before we pulled into our house Ryan fell asleep, forcing us to drive MORE.) some hanging out at home, and then heading back out to get dinner – barbeque! Can’t beat it.

After was just a quick trip to the park to get some wiggles out and then bedtime and chilling!

So tell me – what did you do this weekend? Do anything exciting? Let me know in the comments!