Annnnd Monday. It’s back. We had such a fun weekend, which makes me bummed out that it’s over! We didn’t do anything crazy, but sometimes family time is just what you need.

Anyway, I’m not going to sit here babbling too long, so let’s get to it! 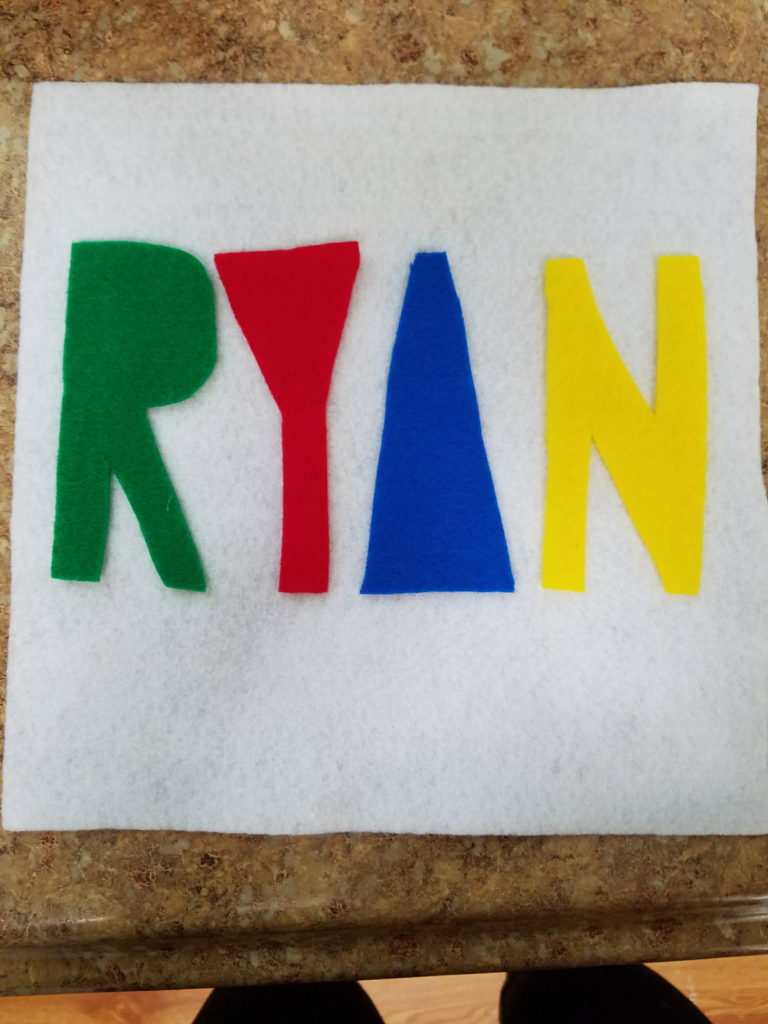 Saturday morning was running errands and cleaning – and then I started on this! I really want to make Ryan a quiet book for the car, but I have a lot of guidelines for making it (no sew, can’t lose pieces, not a billion dollars..)so I’m kind of winging it. I can’t wait to share it with you all! 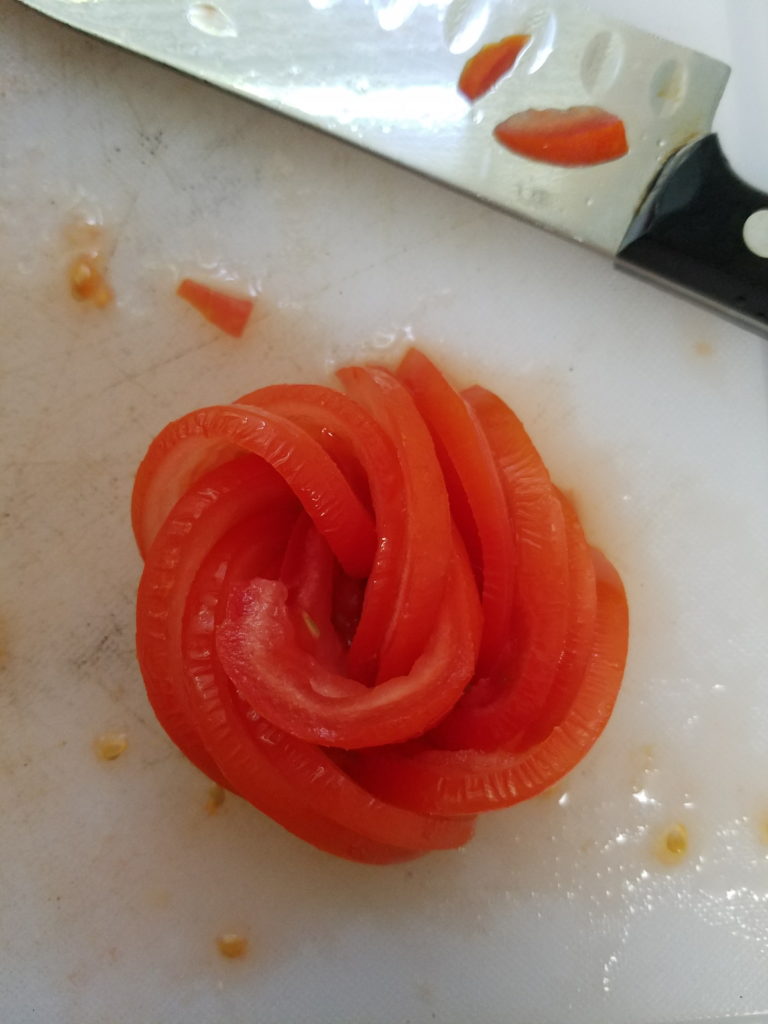 Steak tacos were dinner, which meant making guac and pico. After reading about making food flowers (like in the post I shared on Friday Favorites) I decided to try it out – I think I did pretty well for my first try! 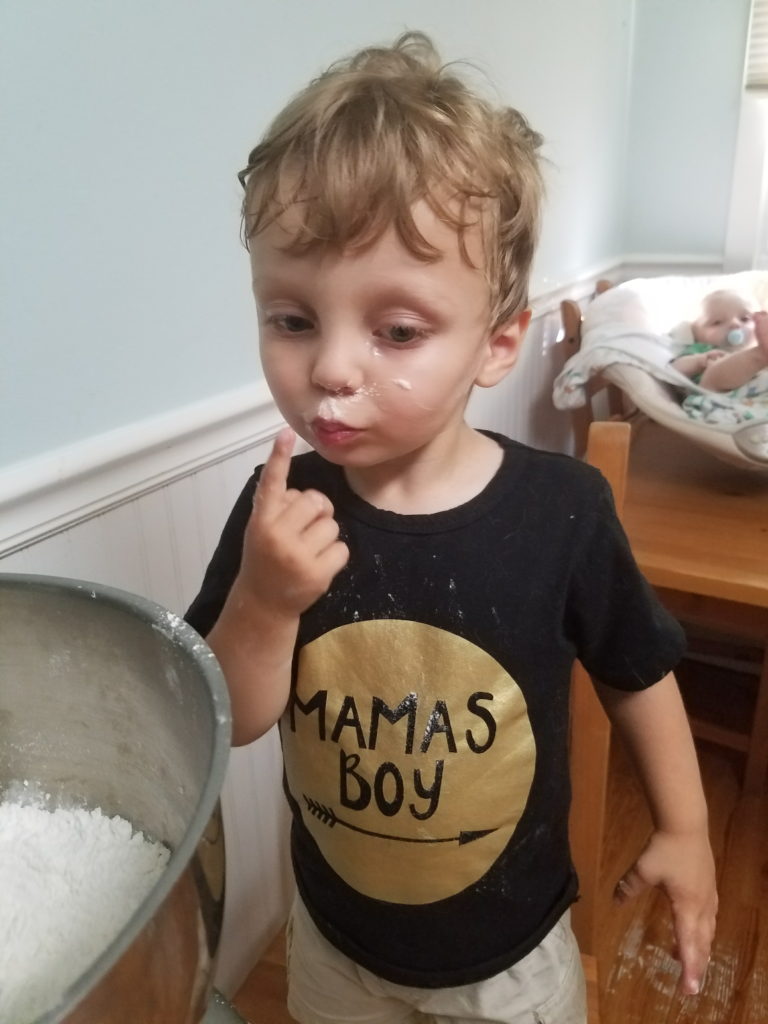 Tacos means making homemade tortillas for the boys. Ryan is obsessed with the stand mixer and apparently also with flour. Gross. (PS I took notes and pictures while making tortillas so get ready for that ;)) 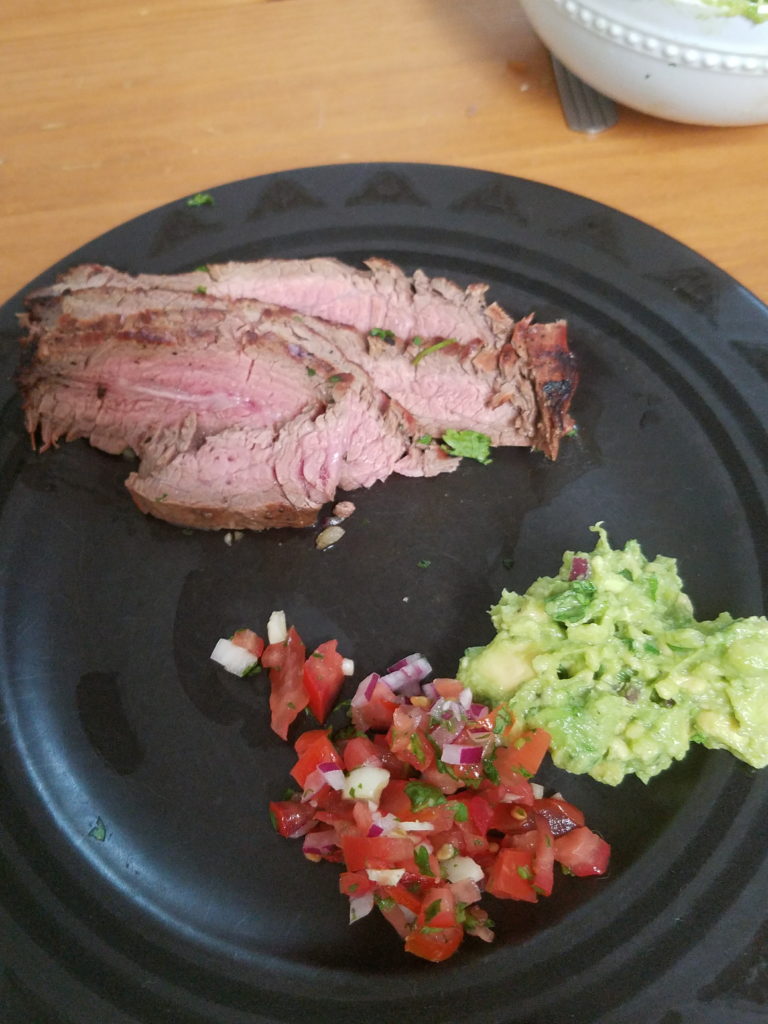 Dinner for me was just steak, pico and guac. Not very exciting. But we ran some errands after, mostly to get out of the hot house, and grabbed ‘Bucks so I wasn’t mad. 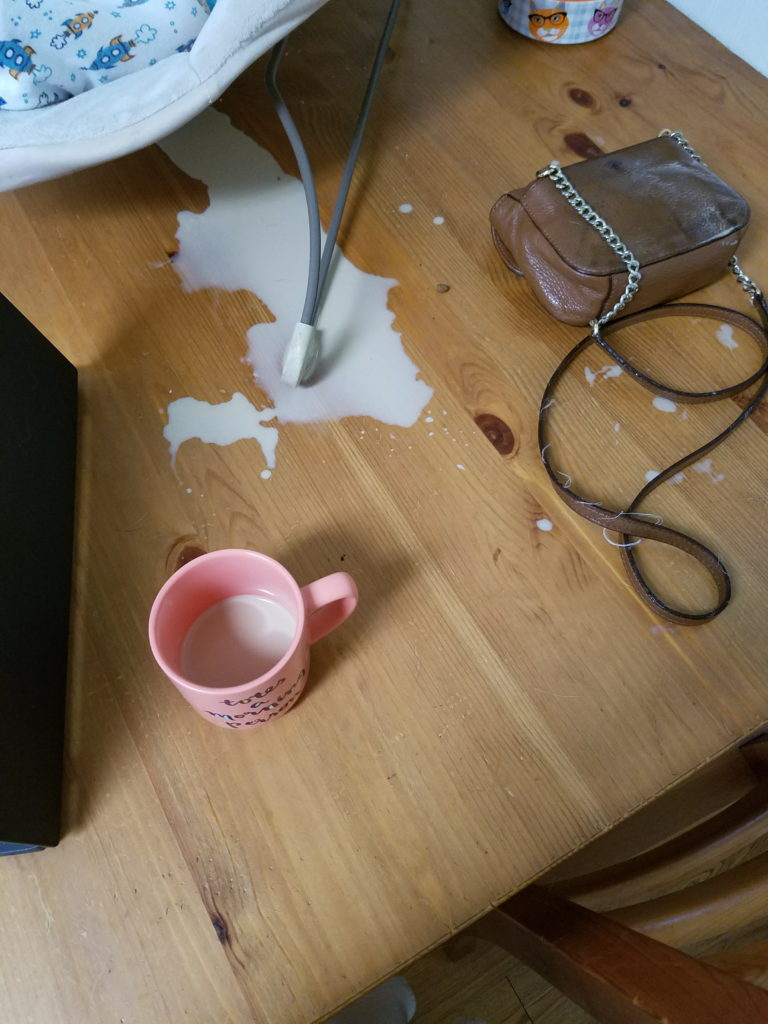 Sunday morning started bright and early like this. Awesome. 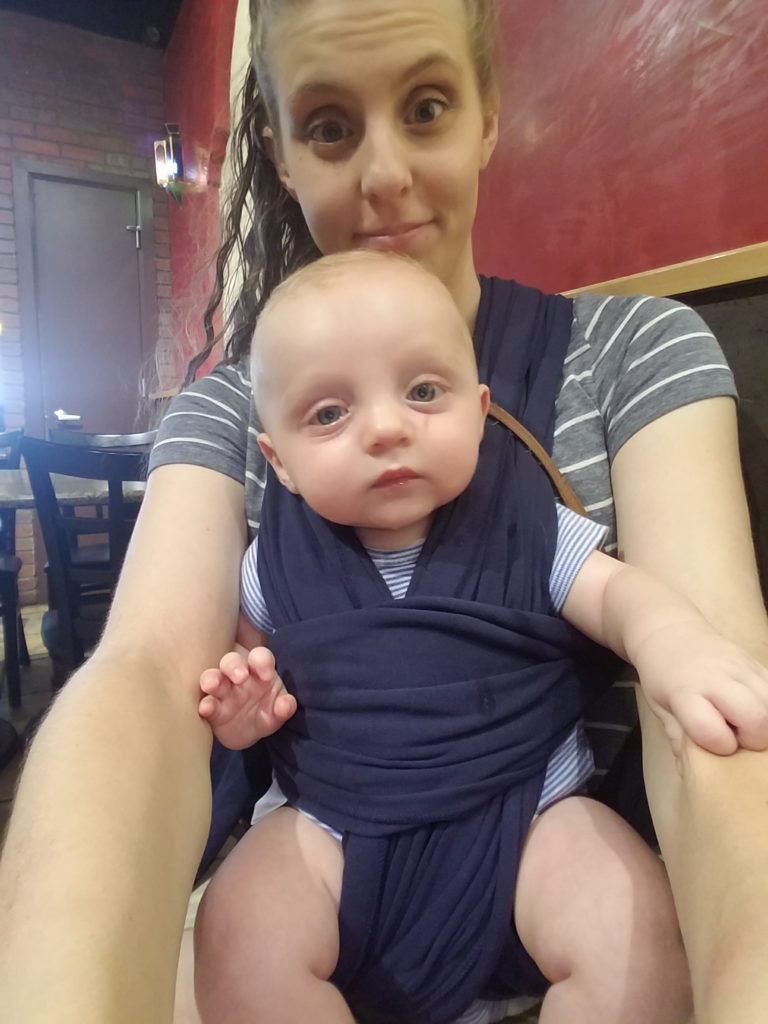 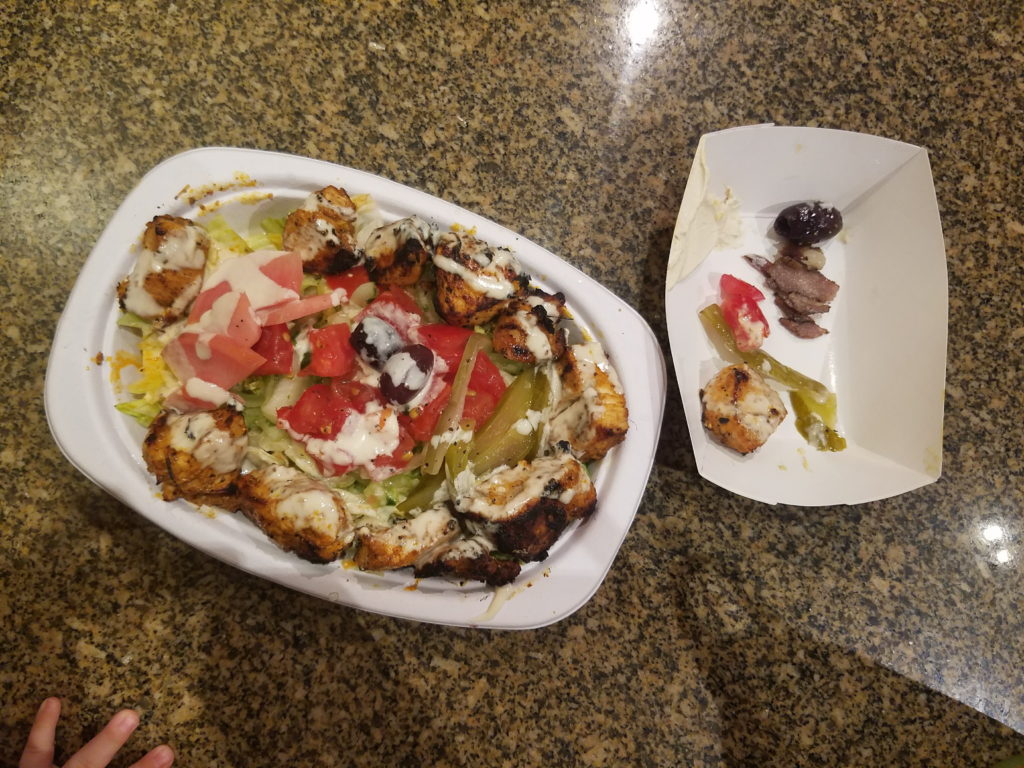 But then we headed to Princeton for lunch – I wore Owen and we got Mamoun’s! Forever a favorite. Normally Ryan would eat whatever we’re eating happing but he’s been in such a mood, so he mostly picked. 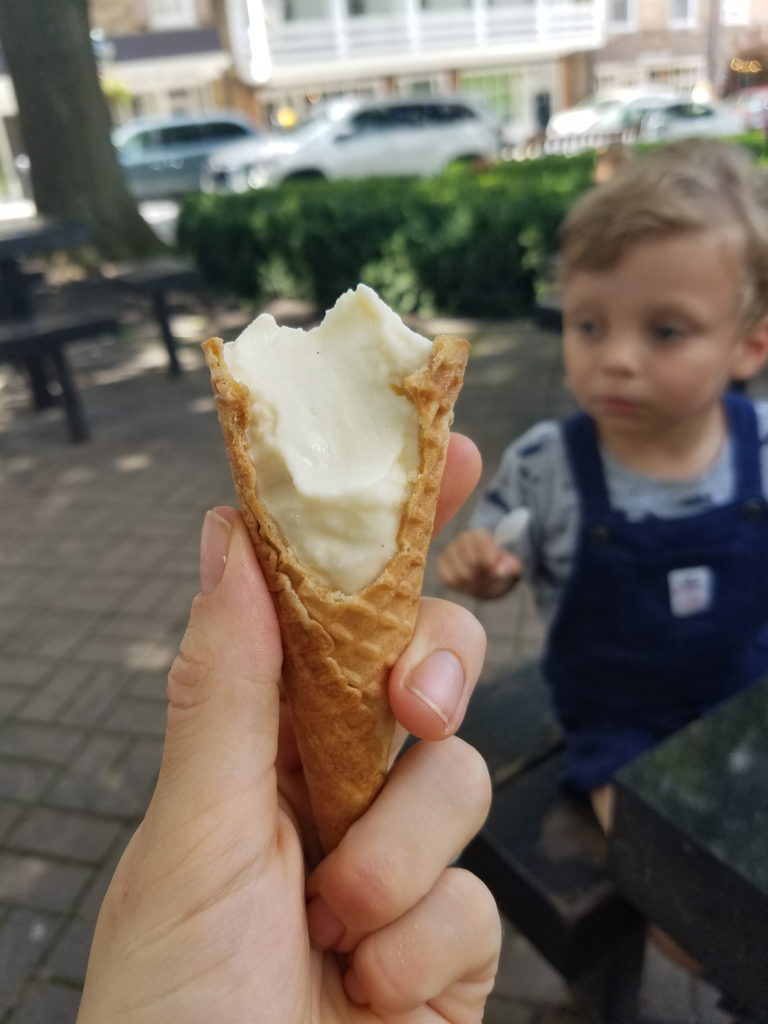 BUT THEN we went to my all-time favorite  ice cream (voted best in NJ – they do local ingredients, small batches, SO AMAZING.) The Bent Spoon! And Ryan got his first ice cream! We got him a little scoop of vanilla. They had my favorite vanilla sea salt caramel, so even though I tested a few (NJ sweet corn! So good) I couldn’t resist my old fave. 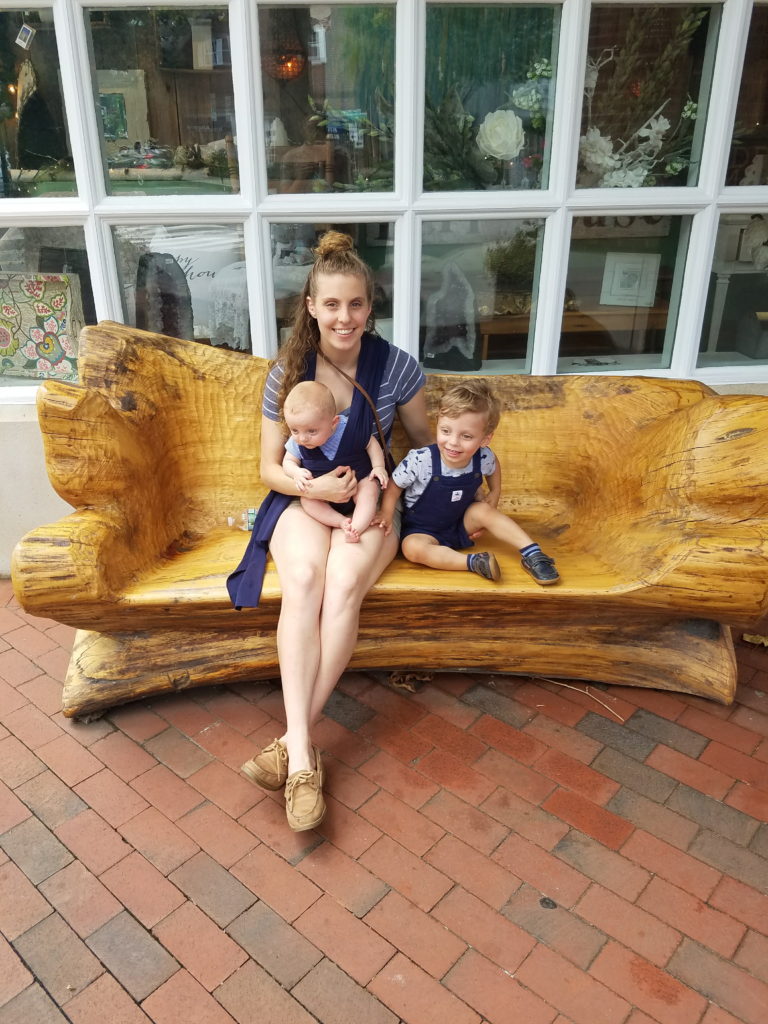 On the walk back to the car I made Alex take this picture on this super cool bench! ALSO, opinions : the half bun! I like it because I’m lazy, but Alex kept calling it a bun mullet. I’m thinking it’s just one of those ‘girl cute’ things. Am I totally off base and should 100% stop? LET ME KNOW. 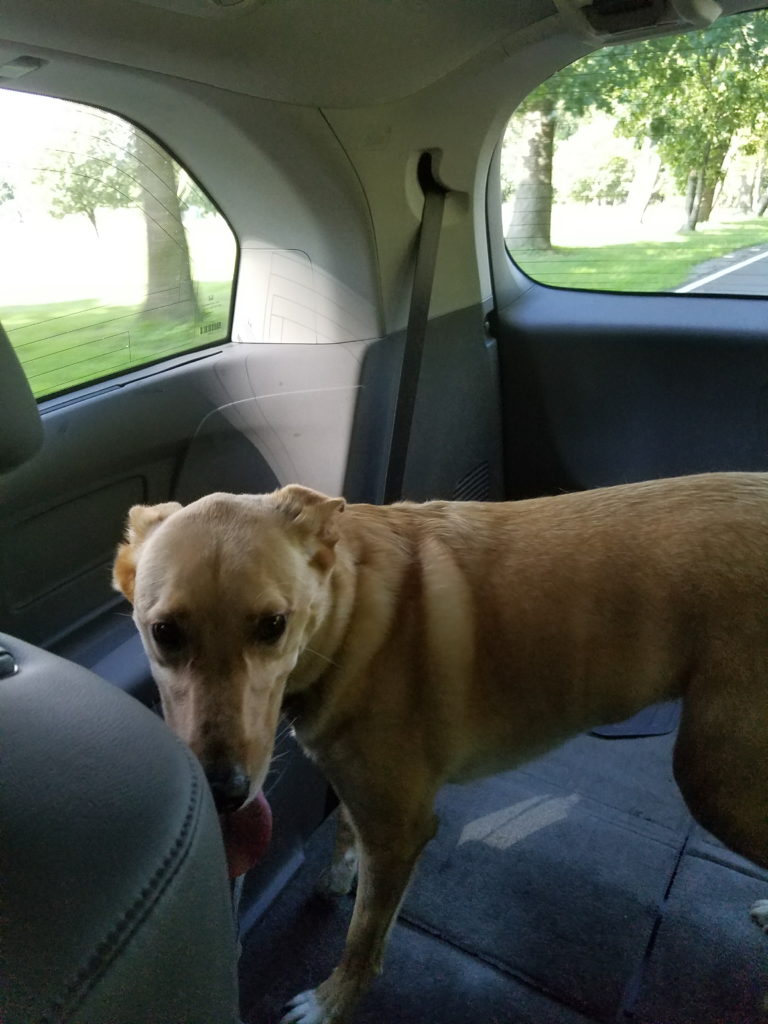 After a long drive home where no one slept (ugh, babies.) we went to pick up Cooper and head to the park – it as his first trip in the new car! 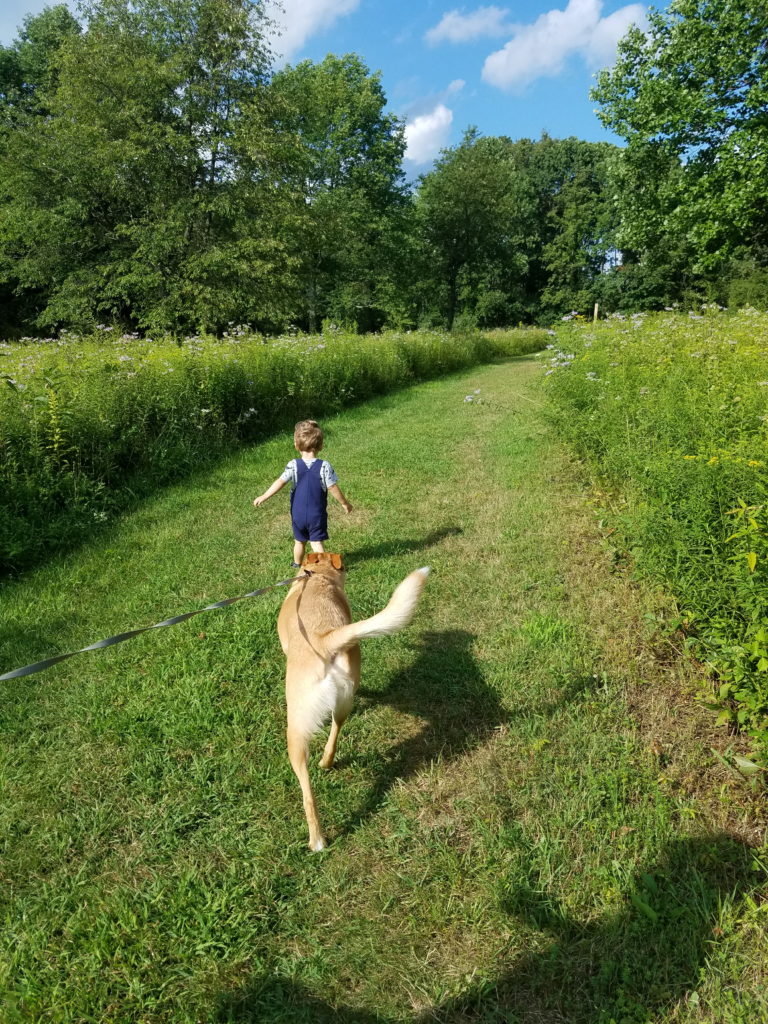 We went on some of the trails at our favorite park 5 minutes from our house and all I have to say is don’t let your toddler lead. He kept getting us further and further from the car – which was fine until he very obviously got tired and refused to admit it, leading to mid trail meltdowns. 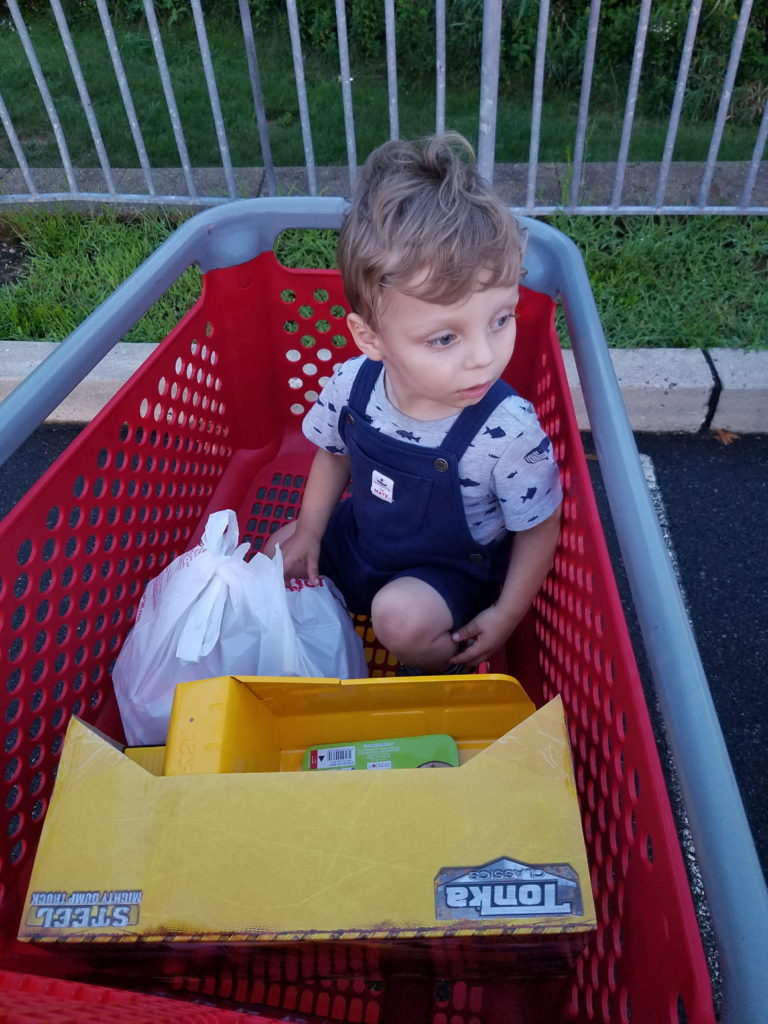 We finally ventured back to the car, and not a minute too late since it started to DOWNPOUR. No good. After we headed to Chipotle and then Target to pick up some random stuff, including a truck for Ryan. We had told him we would the weekend we got Owen’s jumper and wanted to make good on our word!

So tell me – what did you do this weekend? Anything fun? Half buns – yay or nay? Let me know in the comments!