Who else had a gorgeous weekend? I truly hope you did. The weather here in NJ was beautiful. It actually rained Saturday morning which made me think the whole weekend was a bust, but it cleared up and Sunday was so gorgeous. Because of it, we were able to have our first little family fun outing which was the best ever!

But I’ll get to that soon. I have a lot to talk about for this past weekend! So let’s jump into it. As always, I’m linking up with Katie and Erin! 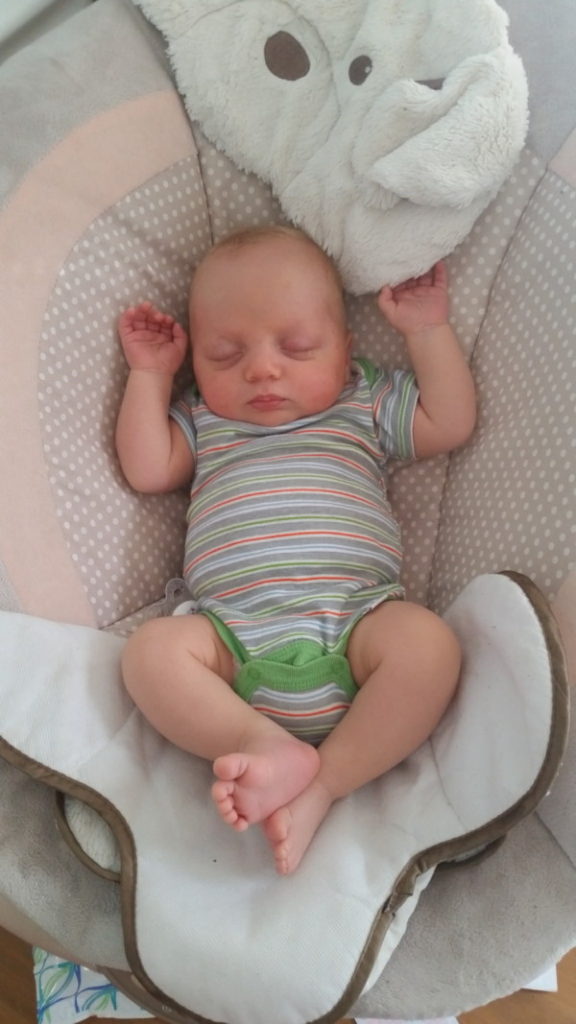 This is a random photo I took Friday to show Alex how Owen had fallen asleep sans swaddle maybe 5 minutes after I fed him post nap. Look how chubby he’s getting! 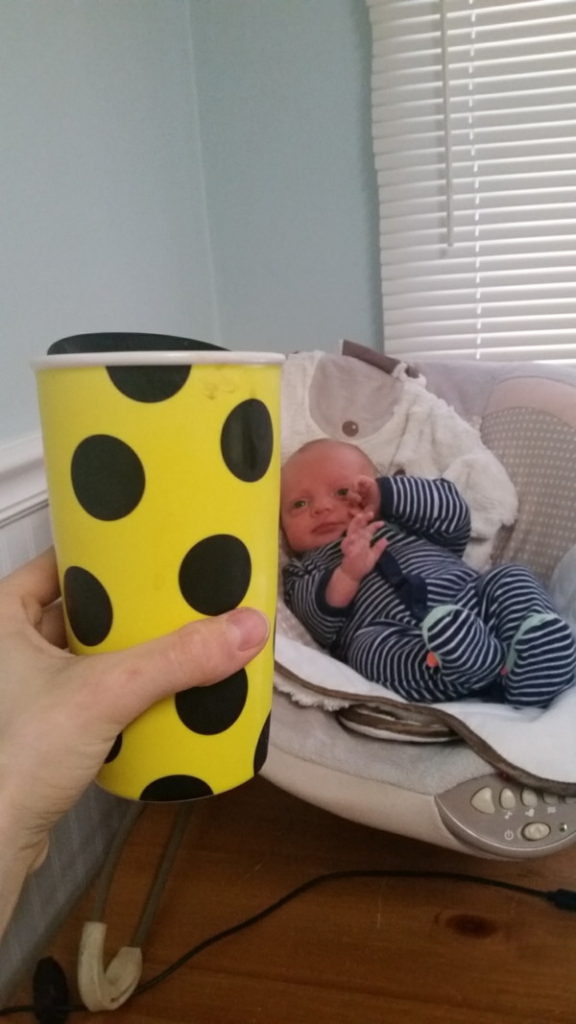 Saturday morning came way too early after the great toddler teething of 2016 woke up Ryan for a good portion, and then Owen, and then Cooper. So coffee was a necessity. Alex has hopped onto my coffee train so we’ve had a ton of cold brew around the house lately. So. Good. 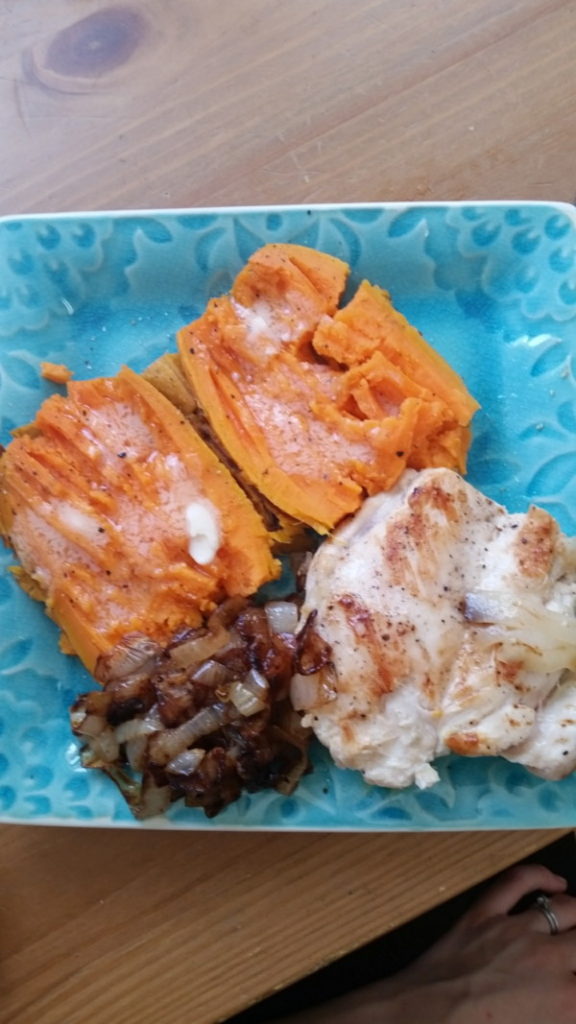 Like most Saturdays it was a hang around the house day and for lunch, I made my new fave combination. Onions cooked down a little and then a chicken breast cooked in the same pan while they continue to caramelize and a steamed sweet potato with butter. I’m not sure if I’ve mentioned it, but I cut sugar 2 weeks ago to see how it would effect my horrible eczema. Spoiler alert: I need to stop eating so much sugar, apparently. Maybe I’ll do a post on that later. BUT I swear with no sugar (no sugar, honey, maple syrup, etc – I’ll eat fruit and what not.) everything tastes so incredibly sweet. These sweet potatoes have tasted like straight up candy, I swear. 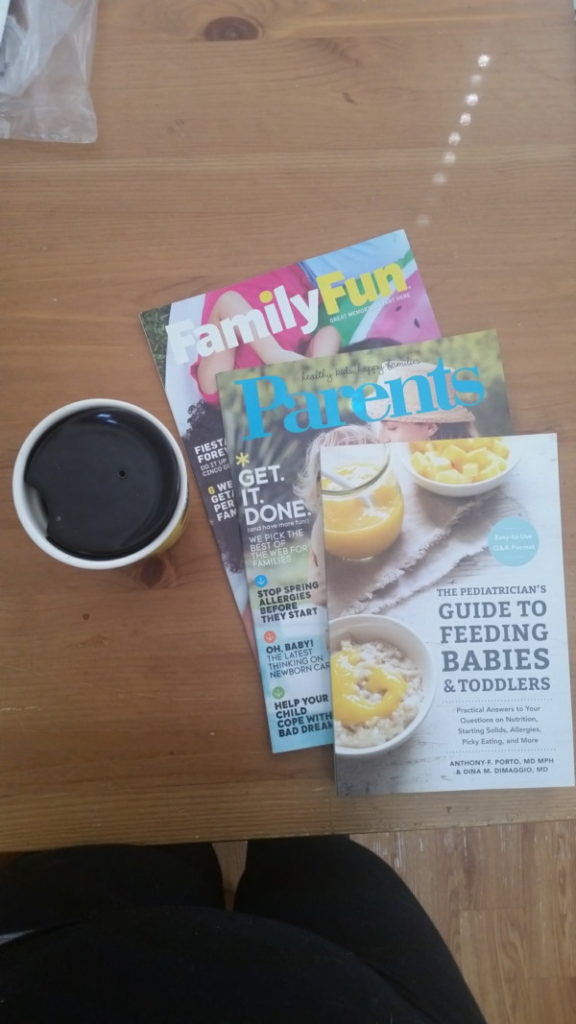 You may have seen on Instagram that I did some reading during the boys’ naptime. And there was more coffee. 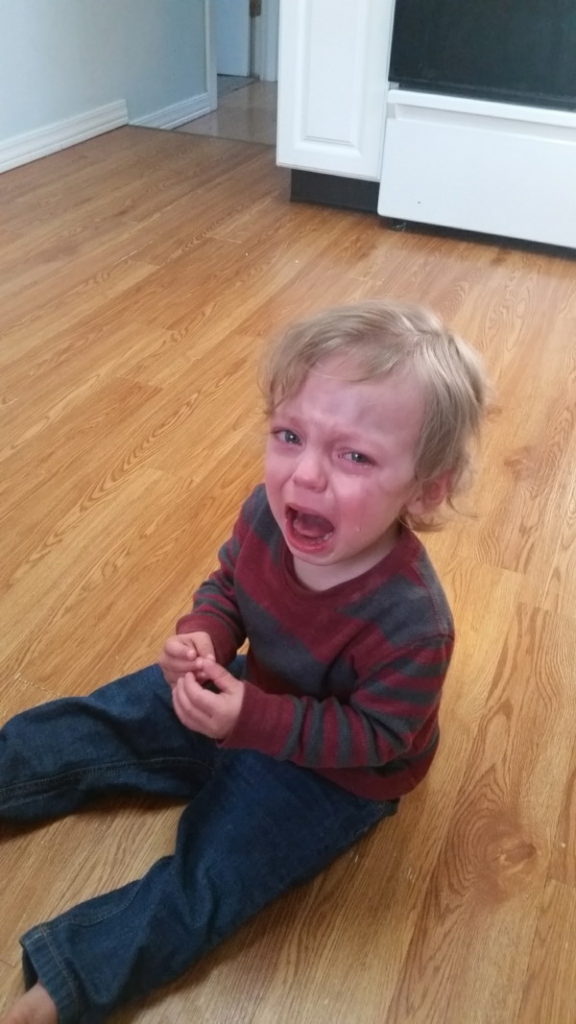 This weekend I enacted what I have dubbed as “snack-gate” aka Ryan’s been getting out of control with the snacking. Since Owen was born, we both kind of dropped the ball on restricting Ryan’s snacks and it’s been effecting his willingness to eat meals. Like, he’ll tell me he’s done and 2 minutes later come running over with his snack cup. I let it slide because sometimes it’s the lesser evil when trying to deal with a newborn, but enough was enough, so I’ve limited him to one tiny snack (1/2 serving of raisins) first thing in the morning while I make breakfast and feed/change Owen, one mid morning snack (his smoothie) and one post-nap snack (raisins, a piece of fruit, rice, whatever) To say he has been unimpressed is an understatement and while I didn’t catch a picture of the many ensuing tantrums, this older pictures is pretty much identical. But thankfully I’m seeing a reduction in tantrums and improvement in meal eating, so I’ll take it. 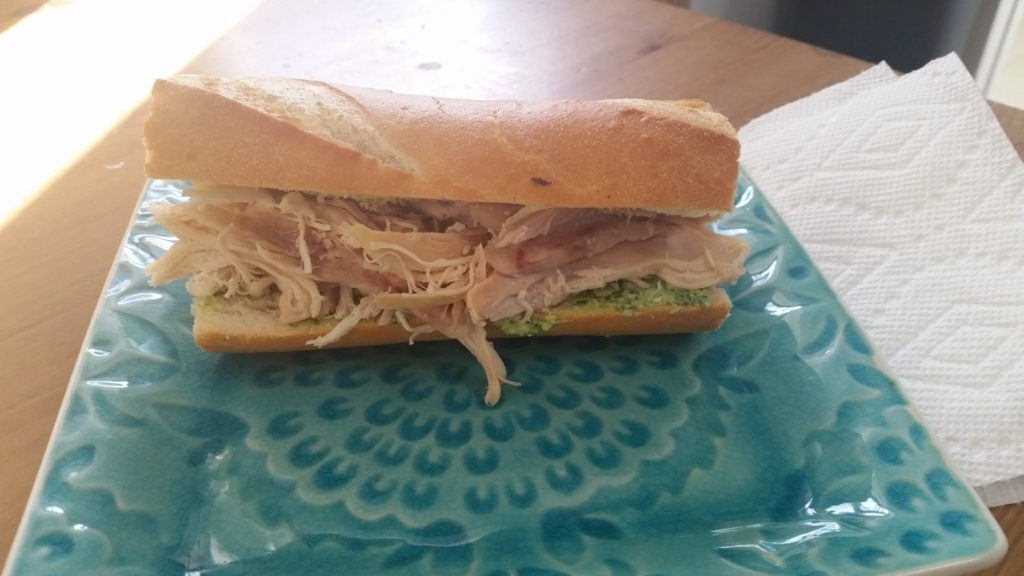 Alex stopped at the store on the way home to get dinner stuff and came with a chicken, bread, and pesto stuff. I shredded while he made a pesto (we add in ricotta to make it even better, nom.) and voila, dinner. 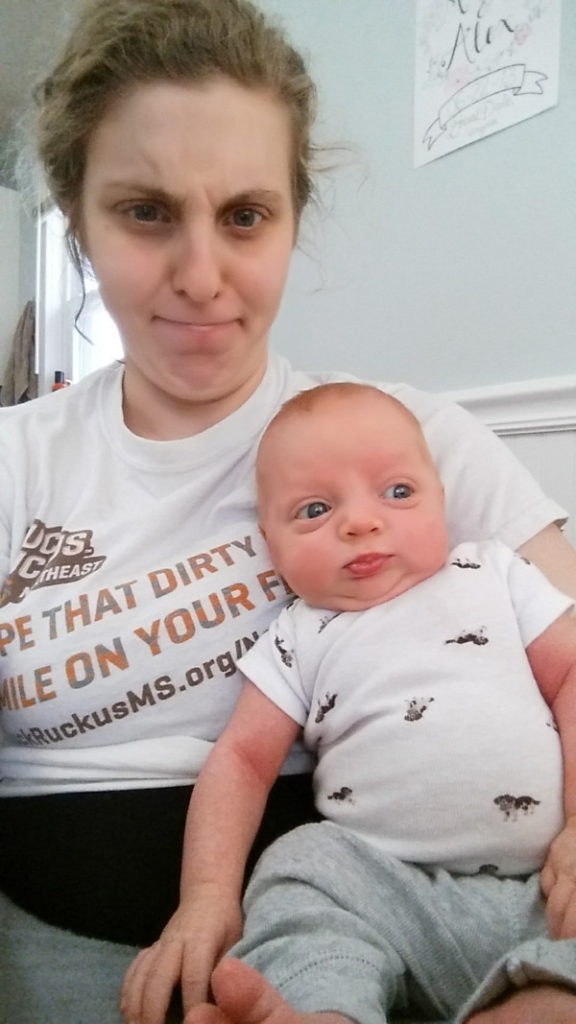 After dinner, this boy was a big spit-up-y, cranky mess. 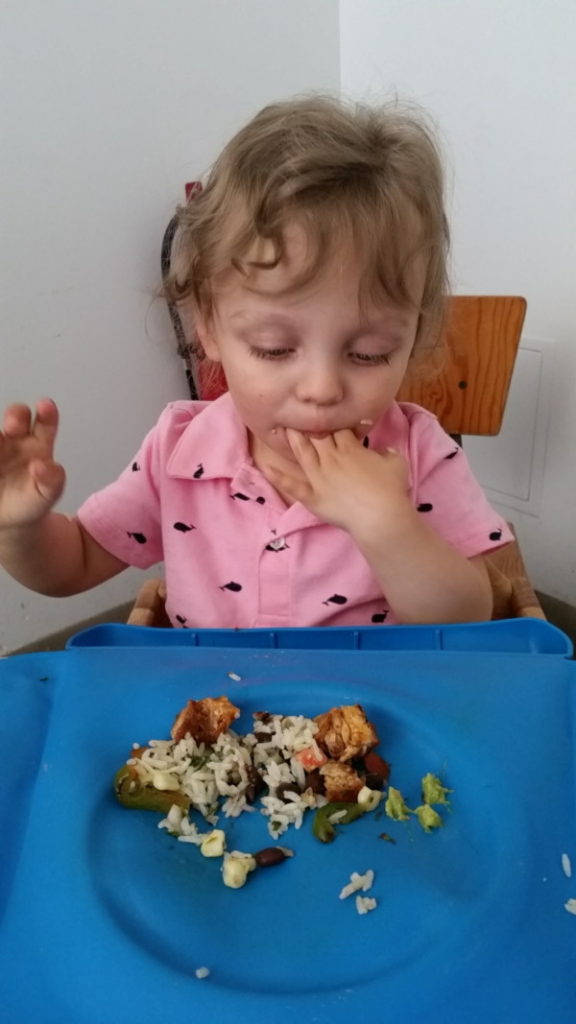 Sunday there was Chipotle before we went off on an adventure – the zoo! 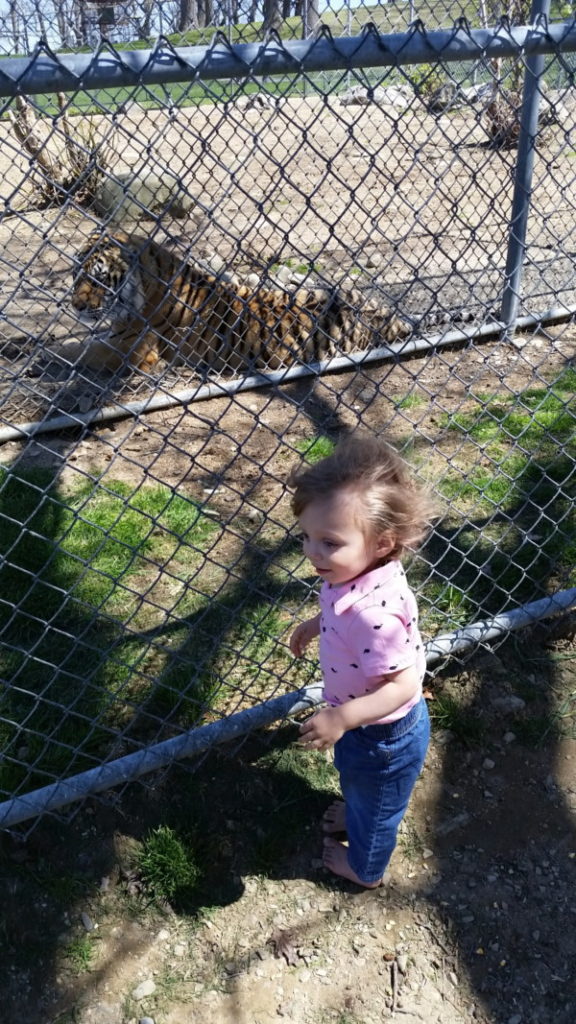 It’s the same zoo we went to on Mother’s Day last year, and Ryan definitely dug it a bit more this year! 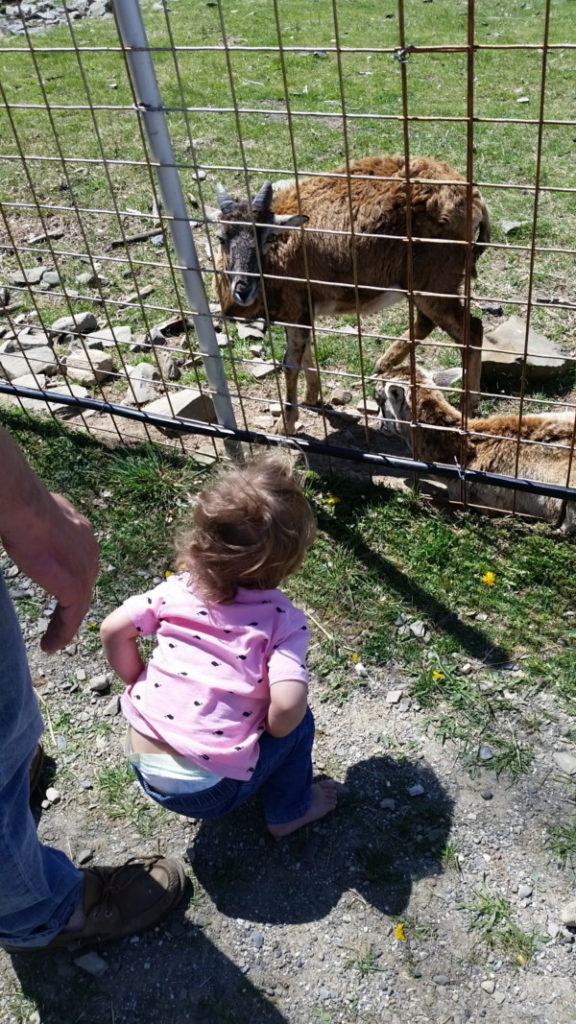 He kept squatting down to talk to the goats because he’s my child for sure.

But let’s be honest, he was most thrilled by the bulldozer that was sitting there… 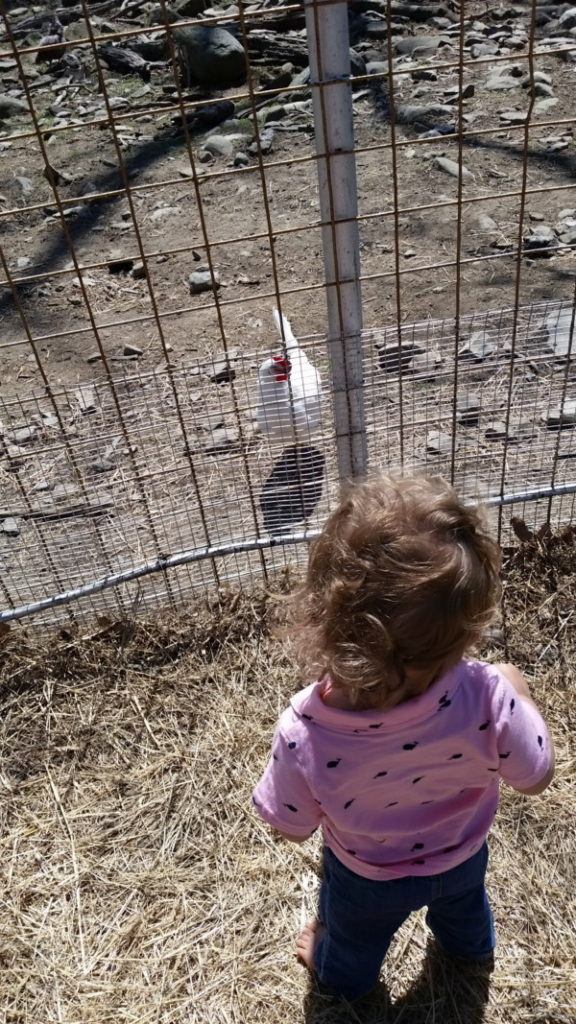 He was terrified of this chicken which had me dying. Every time it took a step forward he would scramble backward. 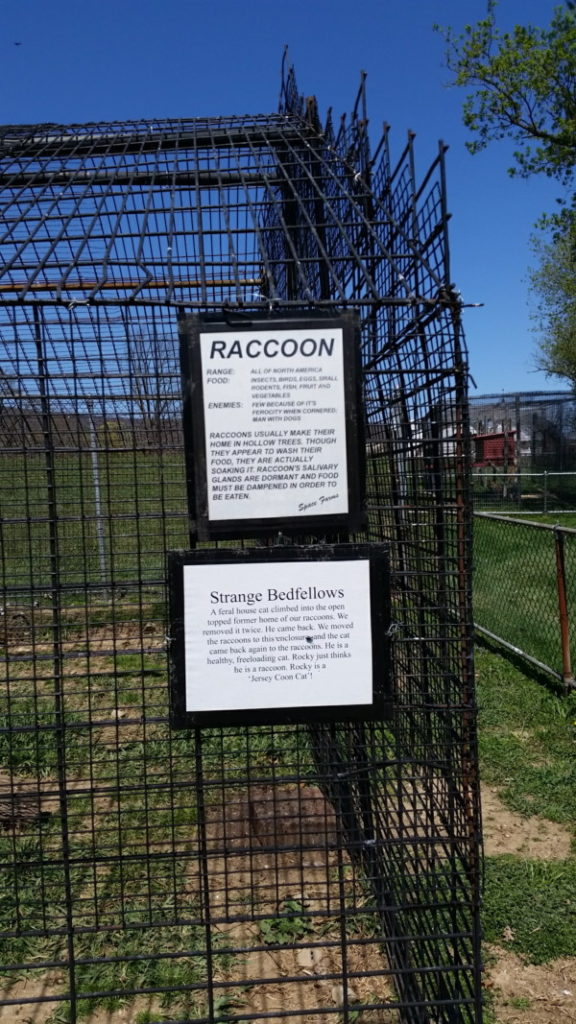 I think this is my favorite part of this zoo (which is Space Farms, for anyone local. It’s one of those rescue zoos). There’s literally a cat living in this raccoon exhibit. 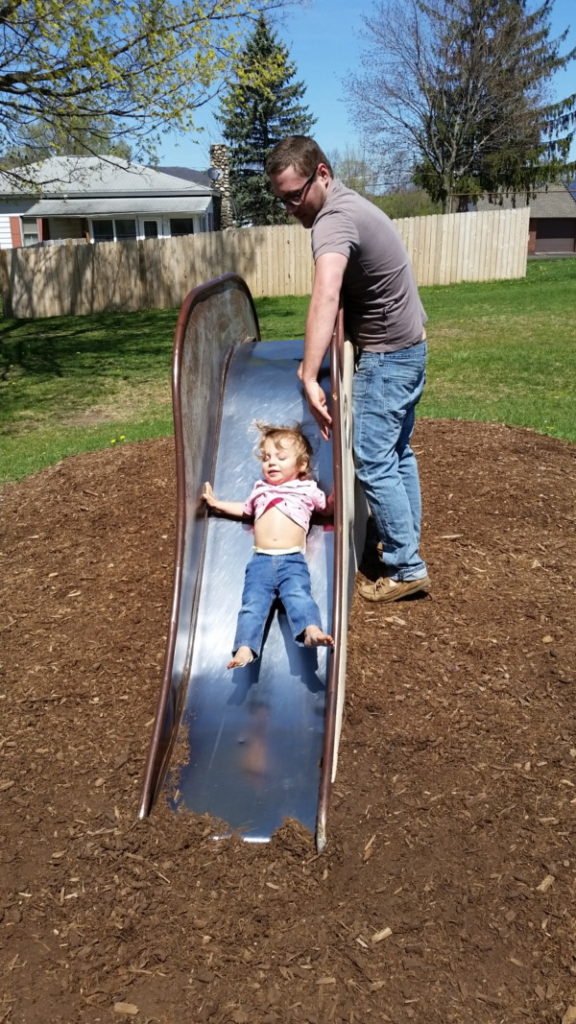 Alex went here a lot as a kid, and before we even went here while dating he told me about this elephant slide that he was apparently obsessed with as a kid. Apparently is SUPER fast, so we put Ryan on it, obviously. This picture kills me. 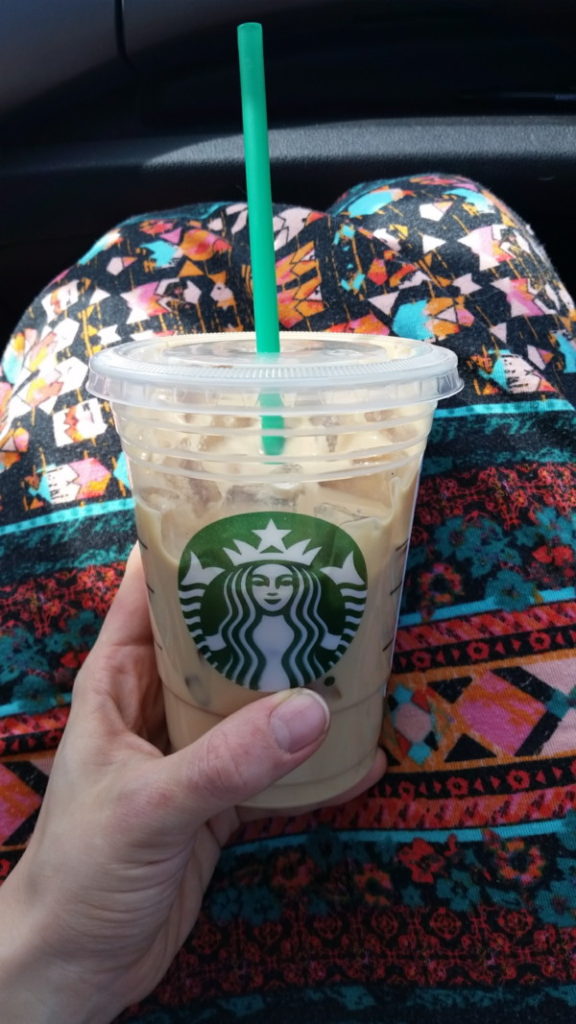 Both boys napped on the drive home and there was a Starbucks drive-through in it for momma and daddy. 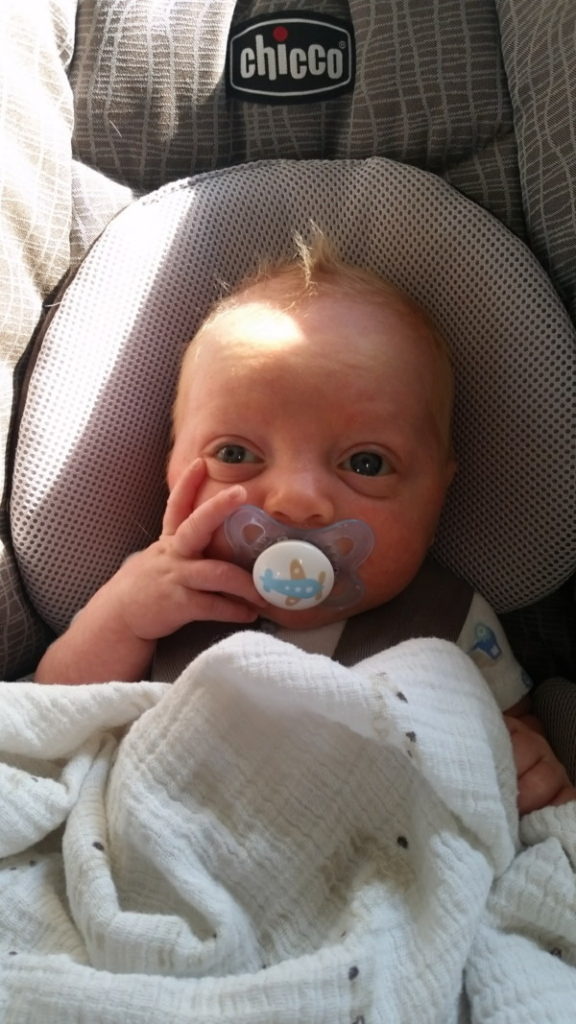 Can we just look at that little face and faux hawk? Love. 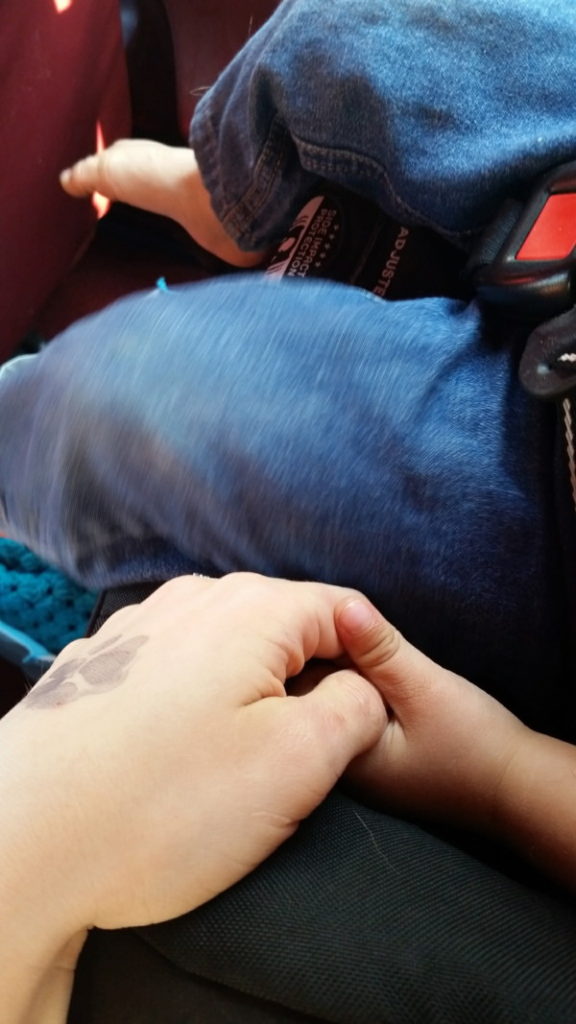 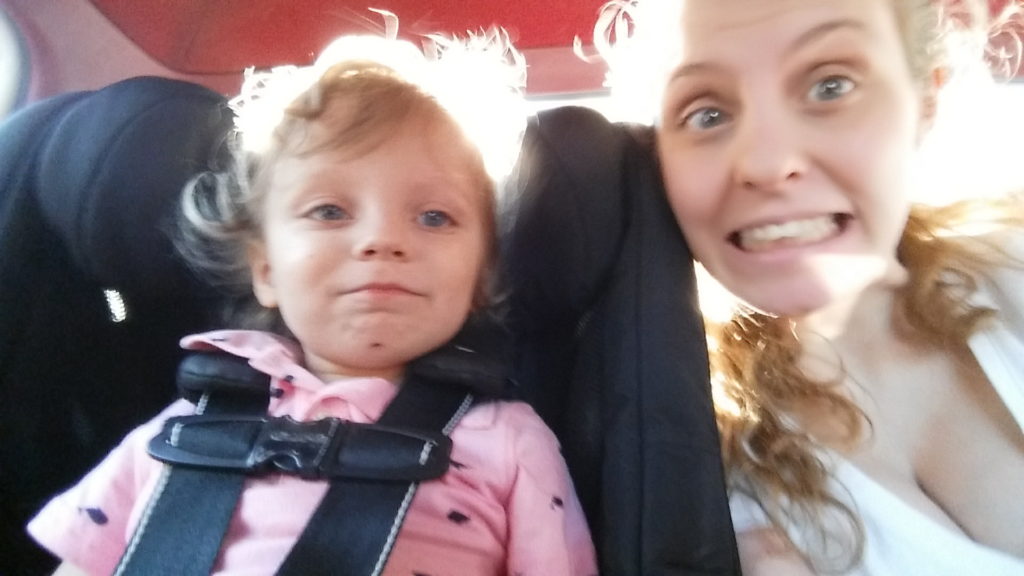 My MIL came by fo dinner and we went out to dinner. We ended up taking Alex’s truck to fit everyone and I was loving sitting in the back between the boys. When Ryan was a baby I sat in the back with him for a year, but in my car, I can’t fit back there with both seats. Funny faces and toddler hand-holding ensued. 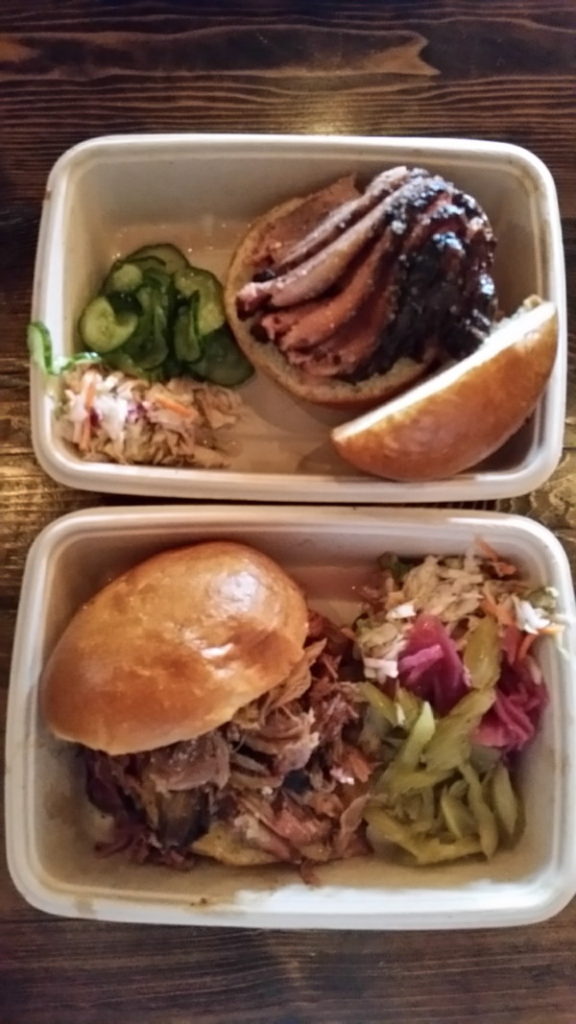 And then dinner. The brisket sandwich is Ryans, pulled pork is mine. Plus fries because Mighty Quinns has the best fries on the planet.

And that’s it! It was definitely a busy weekend, and I know Ryan is totally pooped from all of the running around and sunshine. Maybe he’ll be extra calm tomorrow?

So tell me, what fun stuff did you do this weekend?! Let me know in the comments!

Two posts went live this weekend if you missed them! 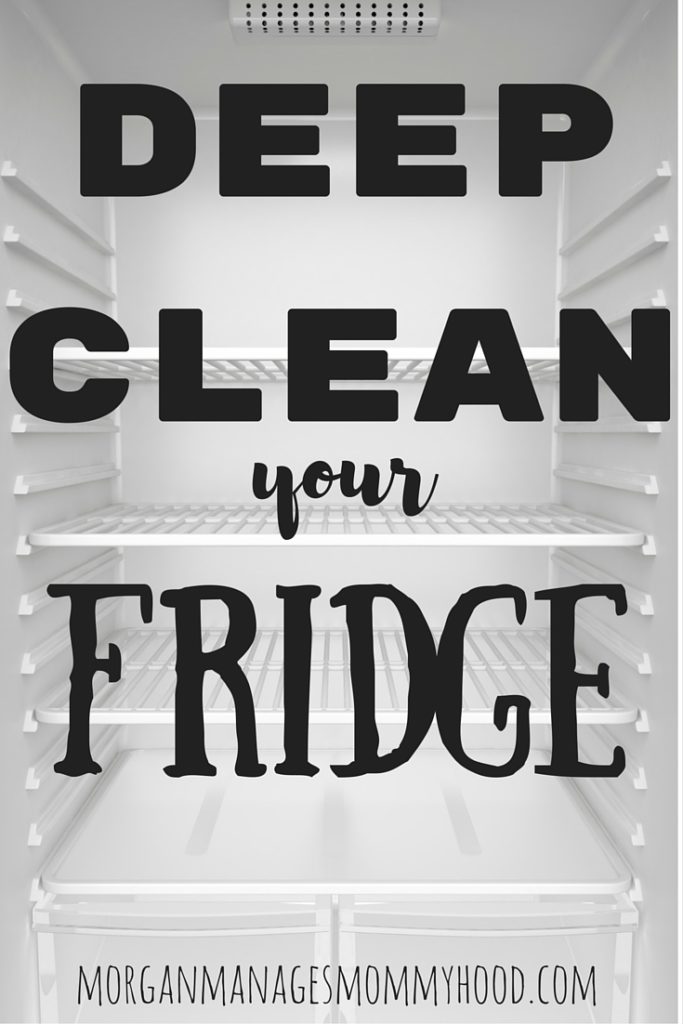 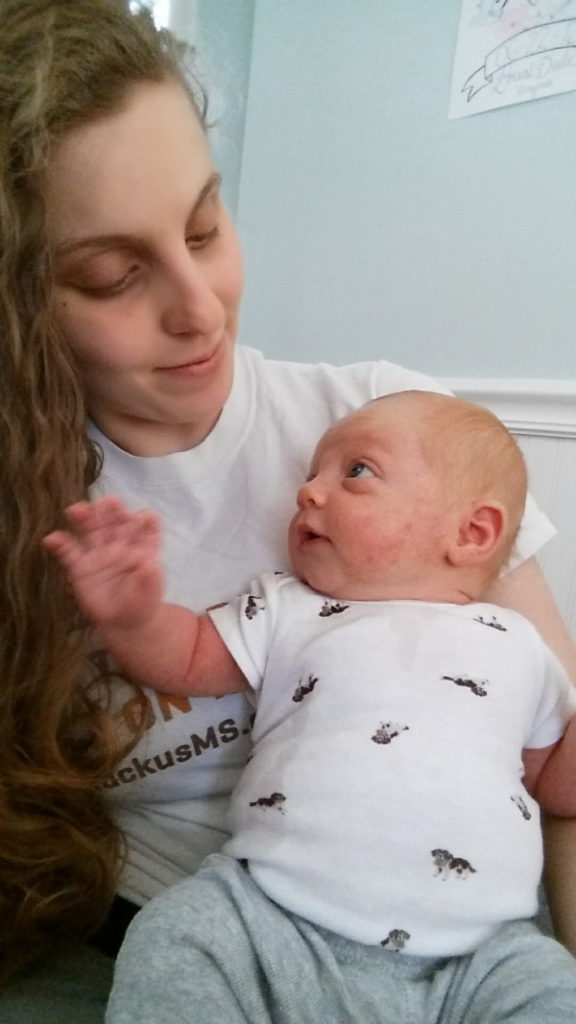