Hello, friends! How was your weekend? Did you get any snow?! We got about 2 feet, more or less. Seriously, Saturday it felt like it would never.stop.snowing. Ryan and I are definitely feeling cabin feverish, so I’m hoping by today the roads are clear enough for me to feel confident driving – not a fan of driving in any kind of in climate weather/with stuff on the roads. Though to be honest, this was our first big snowstorm in the house/town, and they’re really good at plowing. They were plowing all day as it fell on Saturday! Anyway, we’ll talk about snow later in the post!

Let’s start with Friday, shall we? Friday morning something crazy happened. Well, crazy for me. I mentioned here that I needed to do some grocery shopping for the weekend Friday morning, and I did.. by myself. Since Ryan and I didn’t see much of Alex Thursday due to leaving early for my OB appt, Alex offered to watch Ryan while I did the shopping, and for once I took him up on it. He offers a lot, but I never actually do it because I’m weird. Well, it was super nice! BUT I did miss my little sidekick a LOT. Like, I kept talking to myself as if I was talking to Ryan and I’m pretty sure everyone thought I was insane? 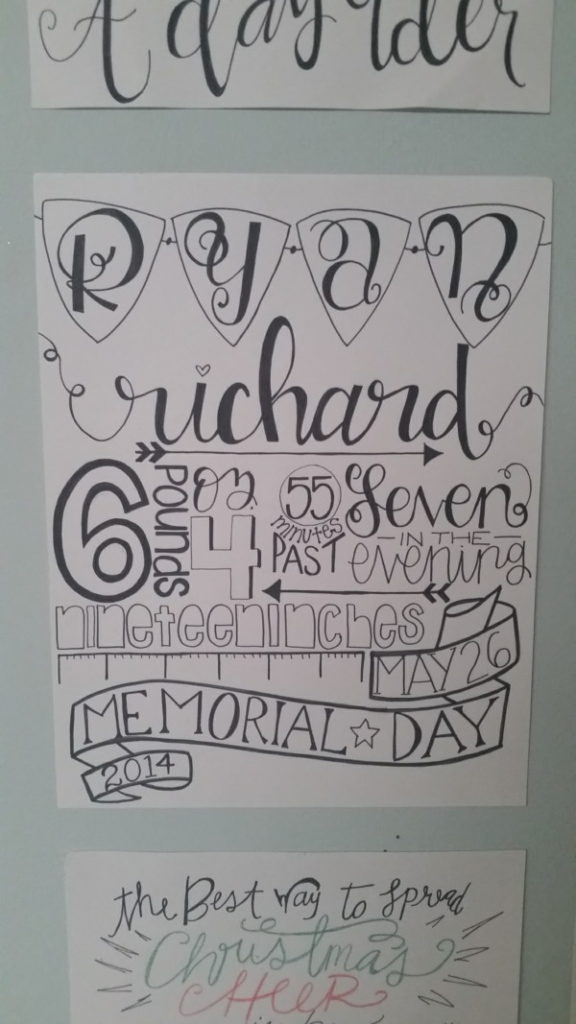 On a different note, thanks for all of the wishes for a smooth, non-crazy shopping trip. Your good vibes worked and it was pretty uneventful, considering the storm that was imminent! After my grocery trip, family time was had, and a toddler nap was… not taken. This has been a trend lately, and I’m NOT a fan. I need to figure out what is going on. But I did finally finish this print I was playing with for Ryan. I’ll probably one day redo it, since there are some mess ups and things I’m not crazy about, but I dig it! 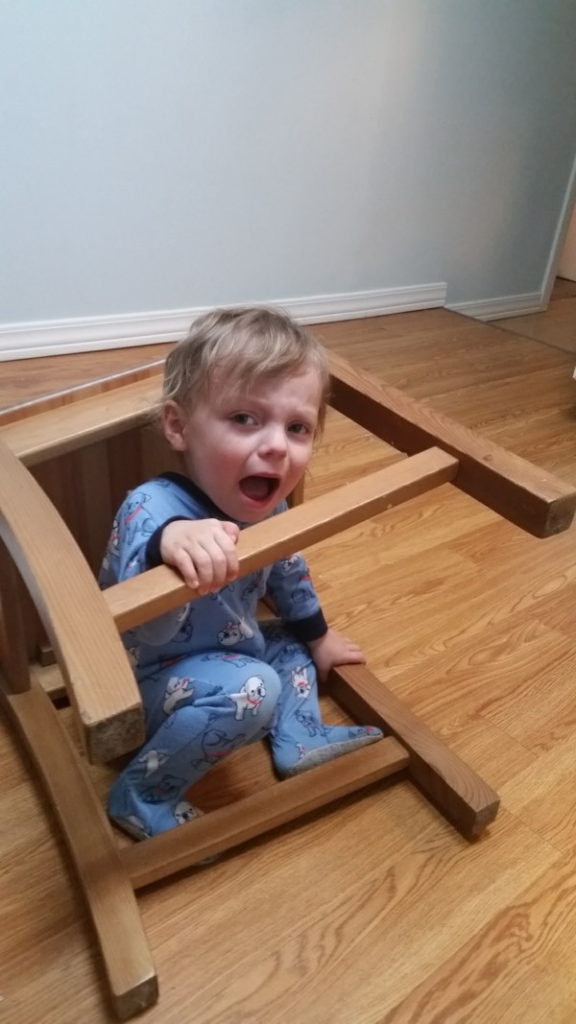 Instead of a nap, there was some crazy toddler time. We’ve been putting the chairs on the floor as a deterrent from Ryan getting onto counters, and this is how it usually ends.

I snacked on some fruit, since these blueberries were on sale and shockingly tasty, and Ryan played with this RC car/train my uncle got him for Christmas. He’s OBSESSED, but it seriously makes the most annoying noises….. 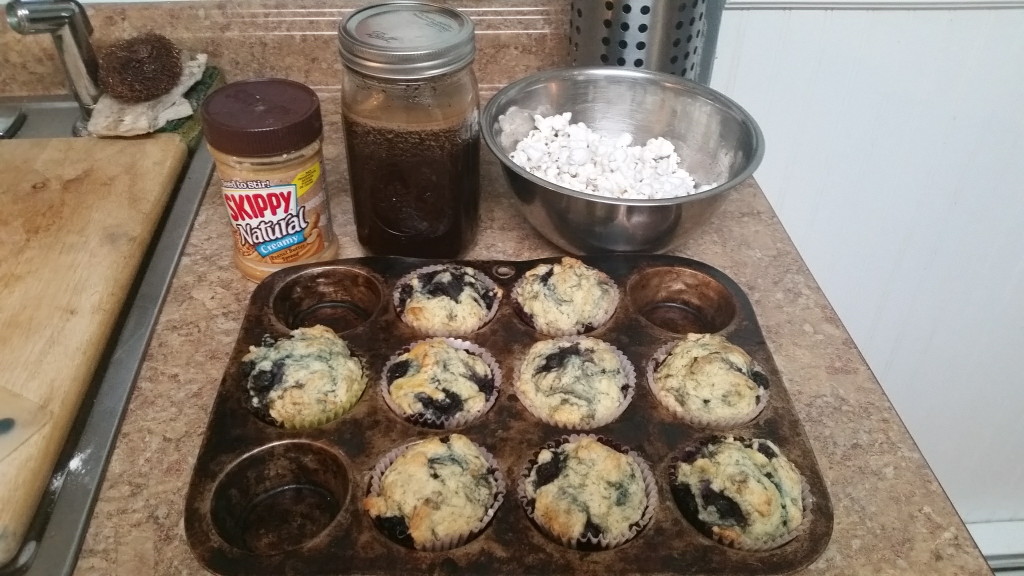 ready for the snow! #photooftheday

For some reason after Ryan fell asleep, I felt the need to do ALL THE THINGS so I took out our snow boots, made some cold brew (<- updated this post this weekend!), some overnight oats in a jar, popcorn and blueberry muffins for Alex. I felt pretty accomplished. (in regards to the cold brew: my coffee maker broke. I’m learning all different ways to make coffee without one now because for now I’m too lazy to buy a new machine.. I pour hot water onto the concentrate to make it warm, if you’re wondering!)

The next morning we woke up to a blizzard. I was pretty stressed because Alex went into work (45 minutes away, about) at 6, but he got there okay. Turns out the power failed soon into his shift, so he was home early, which I’m very thankful for since he said the drive home was very, very bad. I wasn’t too hungry all morning/afternoon so I basically munched on those overnight oats (plus blueberries!) all morning.

I also got an unbearable urge to clean/organize all of our closets and pantry. #nesting To be honest, I don’t keep much ‘stuff’ and I pride myself on getting rid of crap. Somehow I had about 2 bags of garbage. How?!?!? To be fair, I also went through Ryan’s old clothes for the baby and threw out anything stained or with even a teeny hole. Apparently I was very nostalgic when boxing away his too small clothes.

Dinner was stew since that’s what you eat on snow days..

And once Ryan went to bed, (at 8 since he took a super late nap…. but I couldn’t tell you what time he stopped talking and playing around in his crib before actually falling asleep…) we made chocolate chip cookies. Now you’re thinking – wait! Gluten! Yes. I know. There’s a long story and an update impending, but the short version is, my eczema got a LOT worse, maybe because I increased other things in an effort to cut gluten, maybe not. Because of that, and our doctor mentioning that sometimes restricting a food group/known allergen while pregnant can make a babe predisposed to said allergy, I’m back on the glutens- for now. After baby I may see an allergist/dermatologist/whoever and try an elimination diet. But until then, I’m feeding the babe chocolate chip cookies.

when you REALLY want some #blizzard2016 cookies but you're not allowed.

In case you’re wondering – during the week I do plan on cutting WAY back on gluten and sticking to more whole foods etc, if only to make it easier if/when I try no gluten again.

Regardless of gluten, something BIG happened Sunday morning – you guys, Ryan slept until NINE THIRTY. Let’s bask in the fact that I more or less slept from 10:30-9:30. He was actually up at 5:45, and after I rocked him/tried to put him back down to what seemed to be no avail, I turned up the heat to warm up the house and laid in bed for a bit like I normally do while he whined a bit. And then I woke up at 8:30. I figured I’d let it be and go back to sleep because no way was he sleeping much longer, but then he slept in! Amazing. 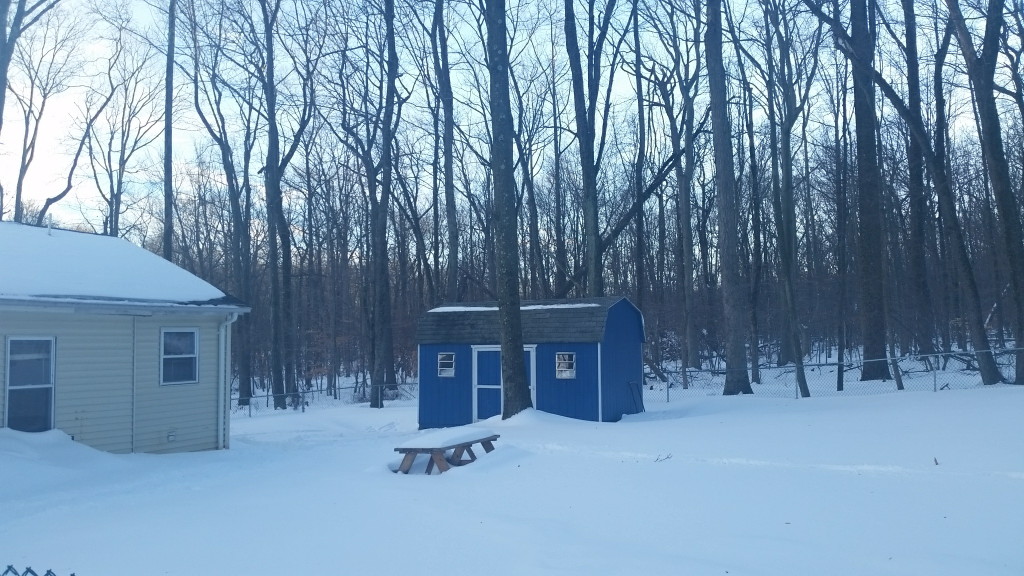 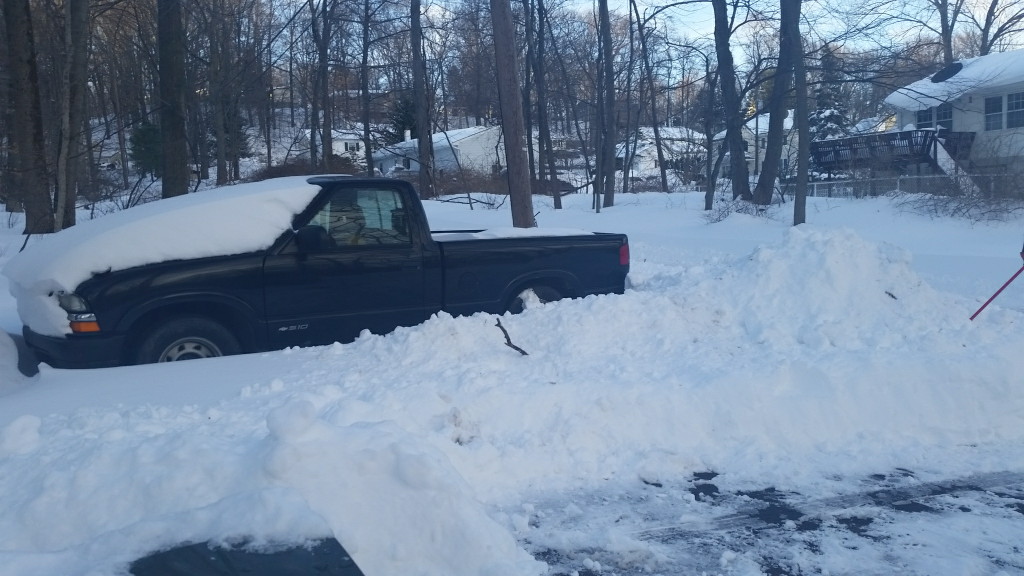 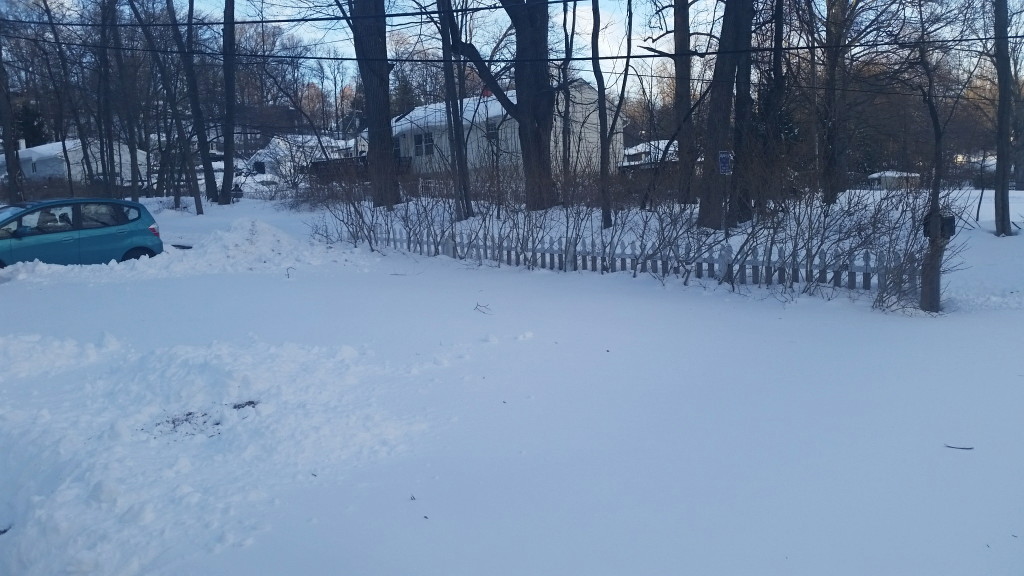 We woke up to this. A lot of damn snow. I really wanted t shovel, but Alex said that at 30 weeks pregnant, it wasn’t smart. I was bummed. There was also some (read: a lot, mostly pregnant tears) drama about my finding Alex’s gloves on Saturday, and then somehow losing them by Sunday (HOW. JUST HOW.) so there’s that. He had to go into work for 2, so I was stressing trying to find them before he had to go. (spoiler: I didn’t. Still haven’t. No clue where they are. I even went through the trash, people.) 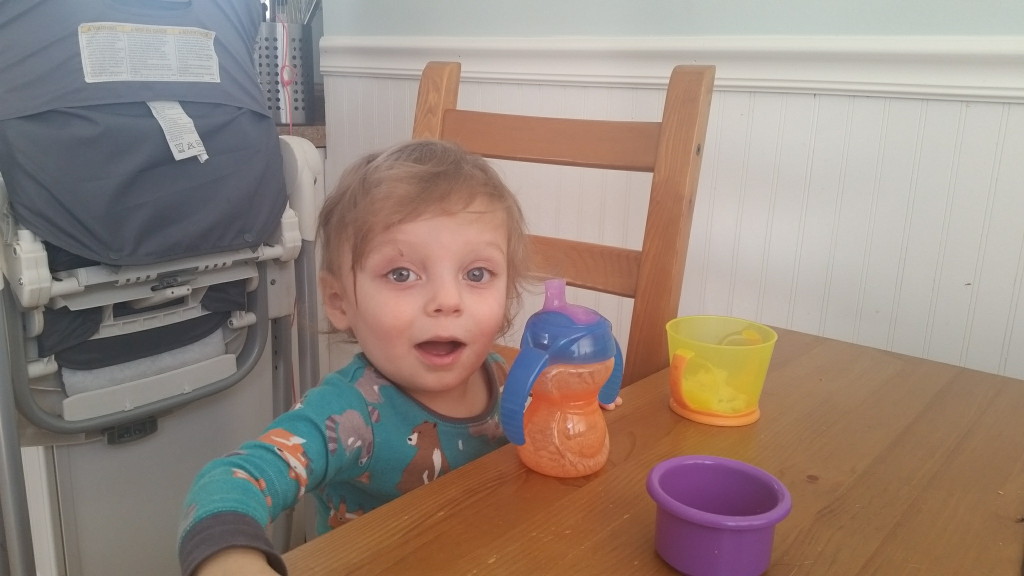 Ryan ate breakfast/snack at the kitchen table and thought it was cool. Rather than giving him a whole, super late breakfast, I just gave him his smoothie x 2 plus snacks until lunchtime. I wanted to keep him on a semi-schedule, but then he didn’t fall asleep for his nap until 4:30. I smell some serious sleep problems coming, you guys. This is like the calm before the storm.

so I guess this is my life now. #photooftheday

You may have seen this weirdness on Instagram. I pushed the laptop out of his reach so he said, “Oh yeah mom? You think you’re so smart?” Also, he’s obsessed with toothbrushes.

Tell me – did you get a lot of snow?!?! Do your pets photobomb everything? Ideal snow day food? Leave it in the comments!!

Also, if you missed it some posts went up last weekend! Be sure to check ’em out!

14 Ways to Spread the Love This Valentine’s Day
30 Weeks.