Welcome back to Monday, friends! Hopefully you guys had a good weekend! We had an easy, calm fall weekend around here, which was juustt what I needed. We’ve got one more molar on it’s way in these parts, so Ryan’s been up a lot at night and pretty moody (as have I been, since I’m getting up with him..) The plus side of Ryan getting in 6 teeth pretty much all at once is that we (SHOULD) be done until he gets his 2 year molars in. So I guess it could be worse?

Now that I’ve babbled on about teeth for a paragraph (what else is new..) let’s get on to some pictures of babies from the weekend. I’m linking up the Best of the Weekend with Katie and Erin! 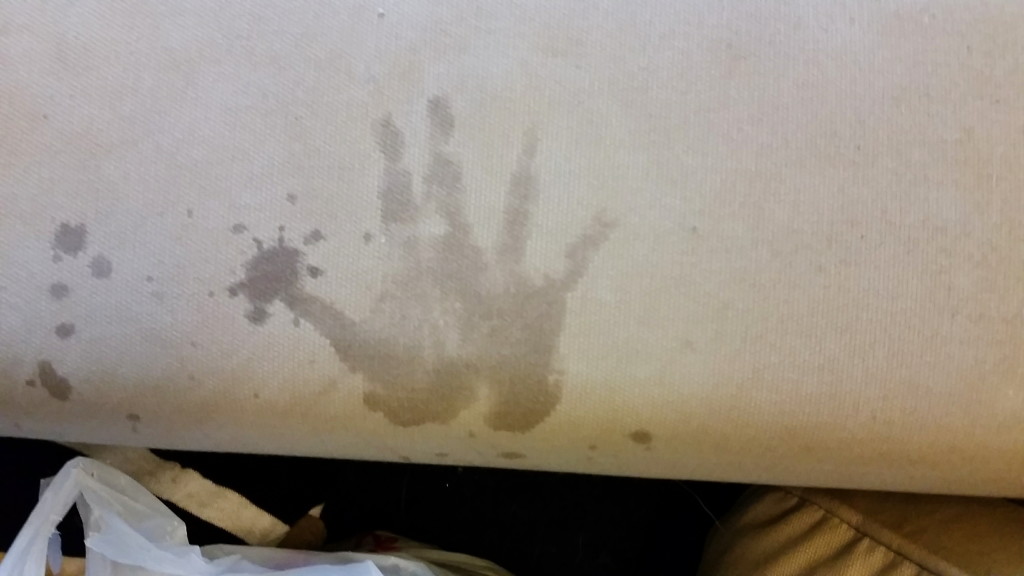 I left a cup of water on the arm rest of the couch, only to come in and see Ryan arm deep in it. After taking it away (thankfully none spilled. How, I don’t know, but I’m thankful.) I noticed this baby print as proof of his mischief. 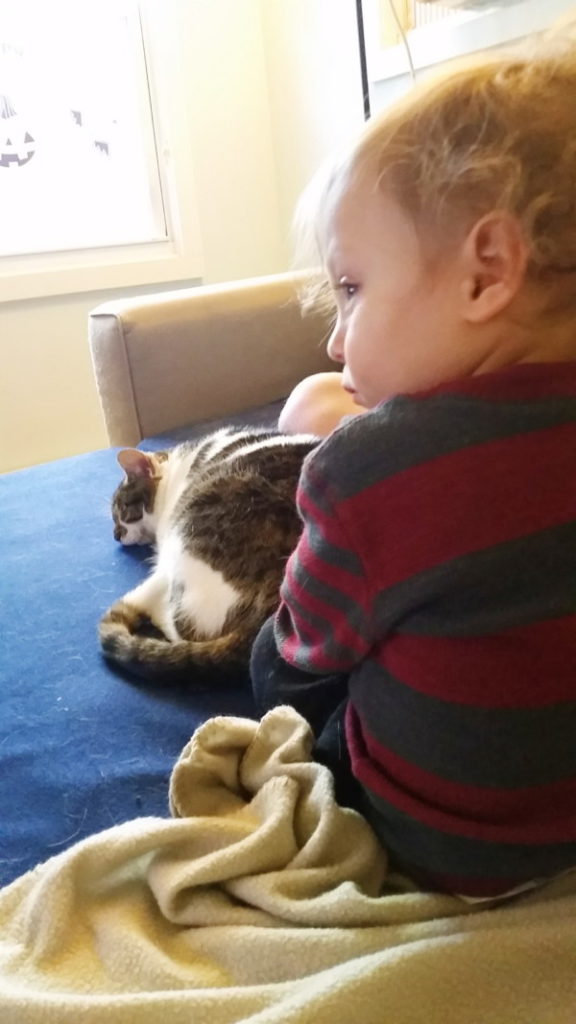 I’ve mentioned here a few times that Ryan has an affinity for chasing down our cat, Molly, and laying on top of her/hugging her while she lays still. She’s not cuddly or even really nice, so this always shocks me, but I was happy to see on Saturday that the two of them are learning to co-exist peacefully. 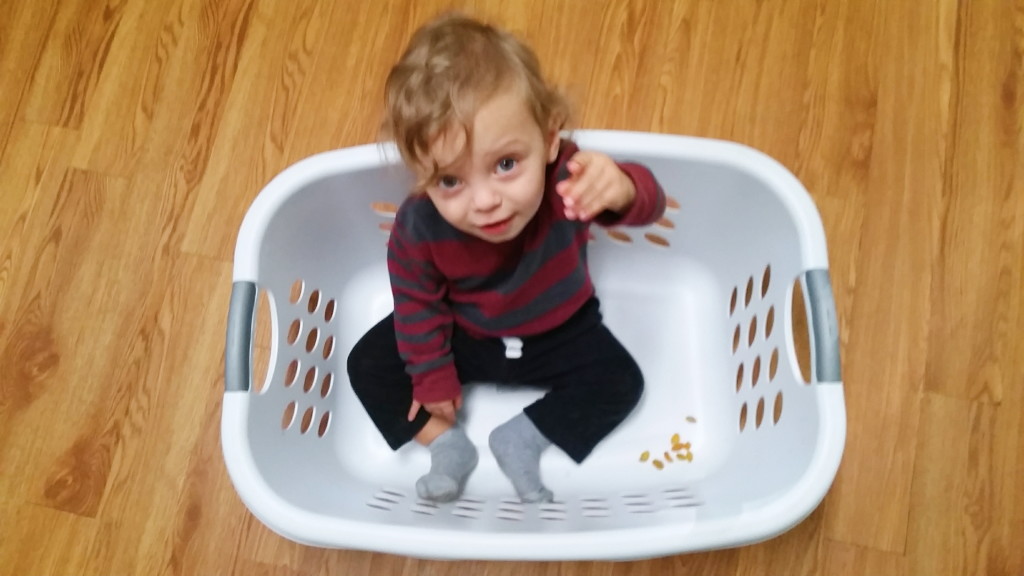 Ryan’s been really into raisins lately, and Saturday I gave him a small handful while he sat in his new favorite hang out, the laundry basket. No, Ryan, I do not want any of your drool covered raisin. But thanks.

After Ryan went to bed, Alex surprised me by hiding a pack of homemade ice cream sandwiches from a small ice cream shop in the freezer. I can be 30 below and I will still want ice cream. Forever and always. 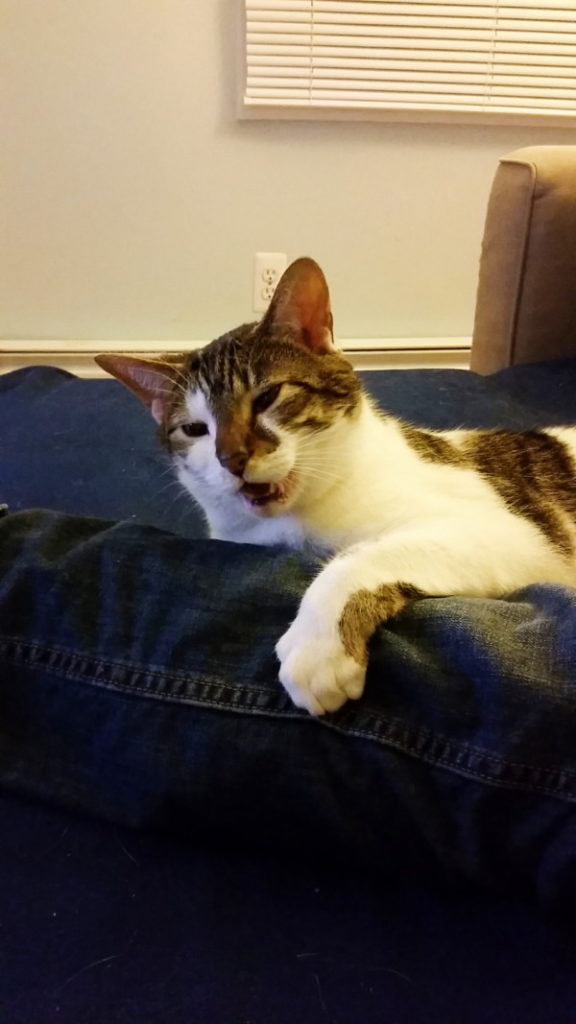 Then Molly did this, which was weird, but not that weird for her. 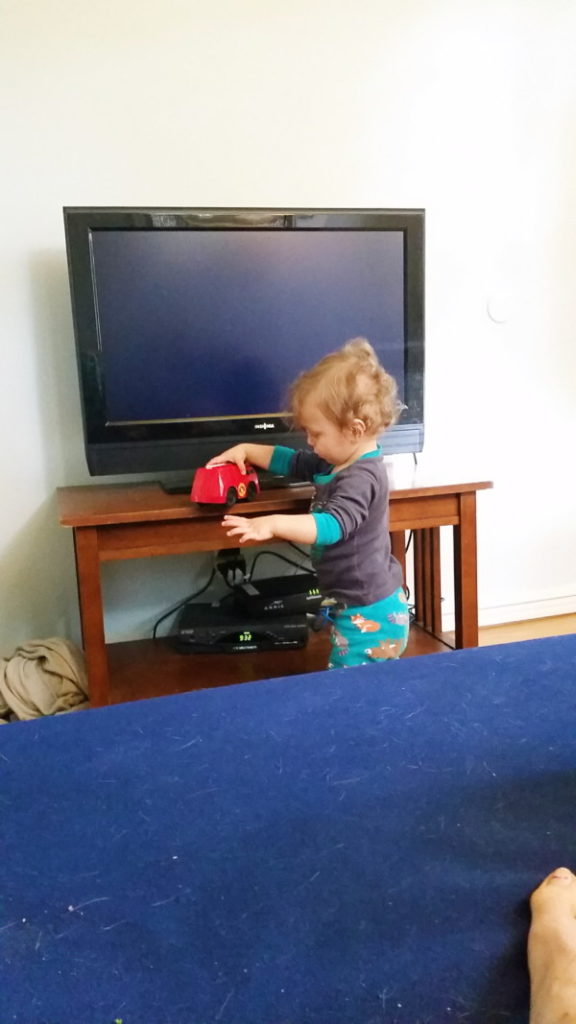 Sunday morning was made for jammies and playing with trucks. 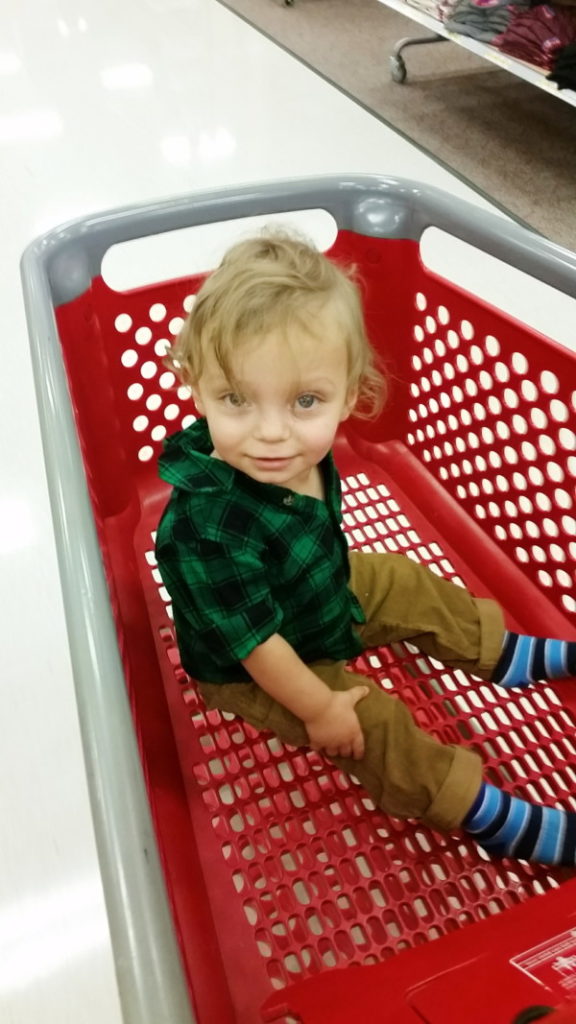 Sunday afternoon was (mediocre) barbecue, a PSL frappuccino (give me another now.)  and errands at Target. This is what happens when I go off to check out the dollar spot while I let my husband get Ryan into the cart… Though, I’m digging the signature model look, Ry. 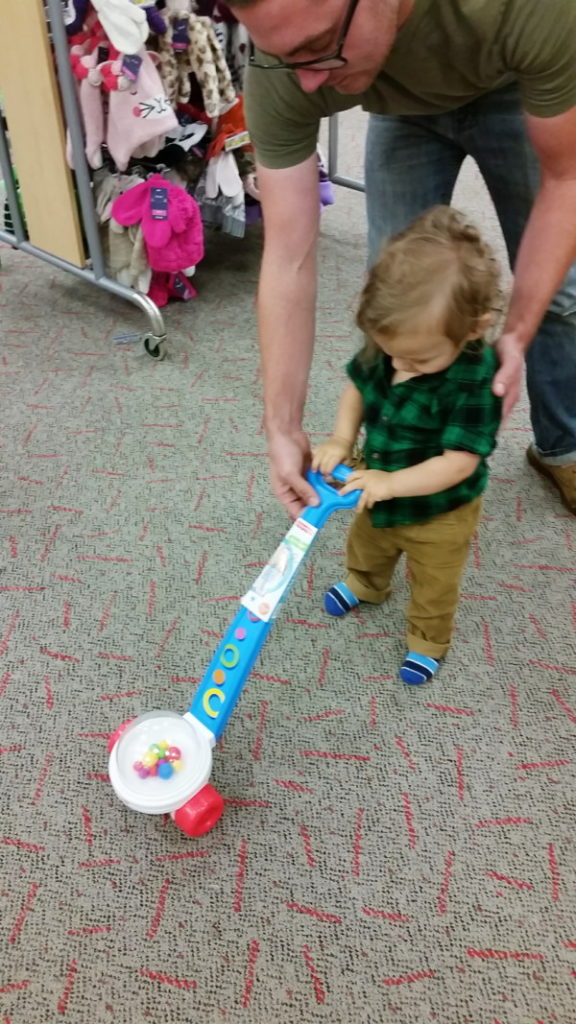 We were sure that Ryan would LOVE these popper things, but instead of walking with it and popping it (he knew how) he kept choosing to explore the store while holding it right above floor level, like a weirdo. So we left it behind. As Alex said, “You can tell he just wants to bring it home and put it in his toy box and walk away.” 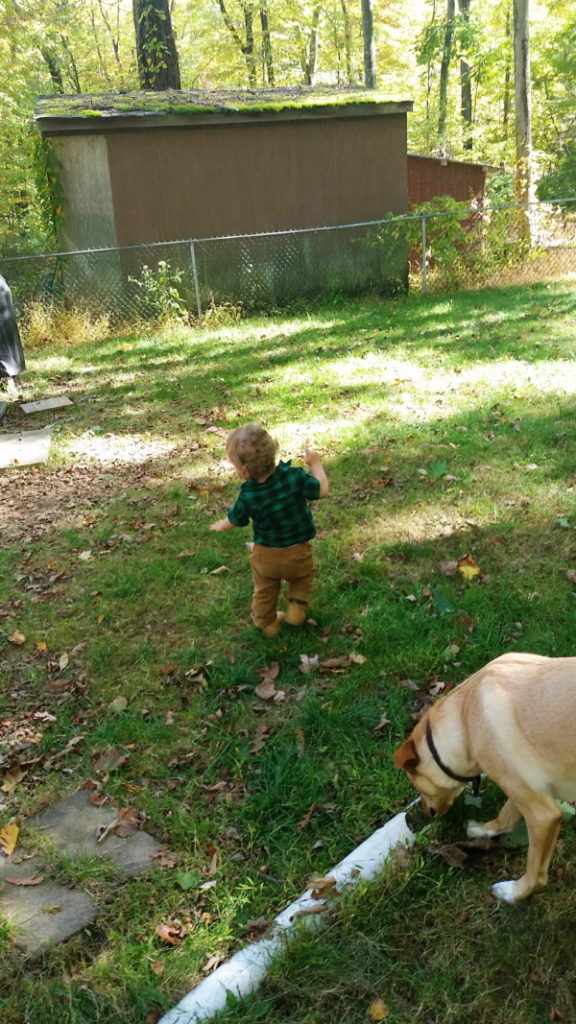 Then there was yard work. We have a lot of trees, which means a lot of yard work. 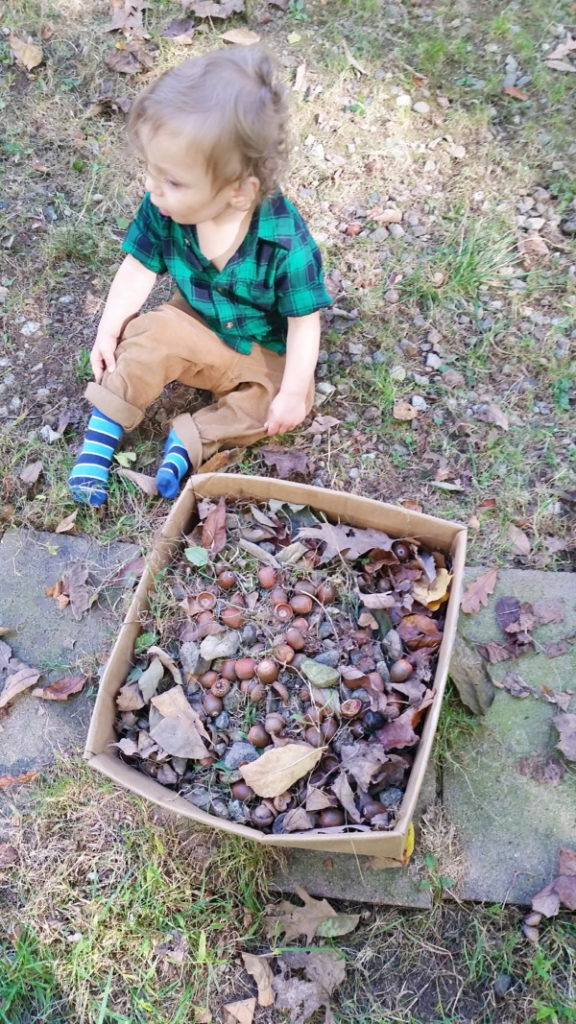 Seriously though, there was TWO BOXES full of acorns. And there are SO MANY MORE. Does any one know why our tree is producing 4619536748439x more acorns this year in comparison to last year? Because this did not happen last year.

After we went and got dinner with my MIL at an amazing Puerto Rican place near her house, but since Ryan was not having life while we were there, I took no pictures. But you’ll see the left overs on WIAW.

Hasta manana, friends. I’ll be back tomorrow with a really exciting post, so be sure to check in for that! Until then, let me know what fun things you did this weekend!