Happy Wednesday! How’s life in your part of the world? Things are a bit crazy here – Monday Alex came home at 2:30 only to have to go into work at 7:30 until (at least) 12:30 (I’m writing this at 9:30 while watching Bachelor in Paradise and crossing my fingers I don’t get a text saying he’ll be late again.) I think the change in schedule just threw Ryan off because he’s been off the wall today and seriously just fell asleep 15 minutes ago. Until then, every time I went into his room he forced me to hold him like a baby, which my back is really thanking him for now..

Speaking of random parts of my life – let’s talk about my diet! I told you all in this post about cutting out all sugars, and tit was going well – my skin was doing well, I was feeling good. But after about a month, I started to slip up unknowingly (you try making toddler meals with carbs and not take bites.) and it was all back. Not AS bad, but still. But you know what, cutting out carbs 100% while sleeping little, plus nursing – it’s hard. So for now, especially since I just so happened to slip during a growth spurt – coincidence? I think not – I’m going to keep it up during the week and if the opportunity arises on Sundays, I’ll roll with it. (like here and here)

As usual, I’m linking up for What I Ate Wednesday, where I share a full days worth of eats! Today I’ll also be sharing Ryan’s 27 month eats as well! 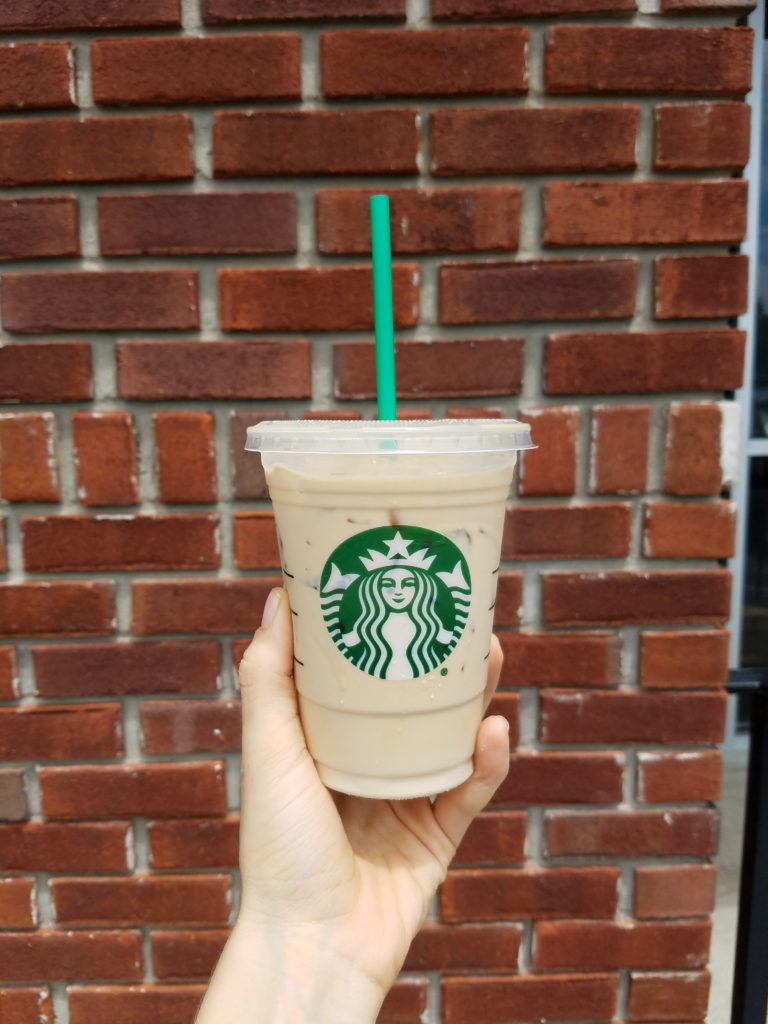 Breakfast: A small coffee at home (followed by a coffee nap because omg my kids are trying to kill me via lack of sleep. Mornings when Owen wakes up crazy early I put him in the bouncer, chug some coffee and rest my head on the kitchen table for a 15 minute nap. Coffee naps are a real thing and I swear they work!) followed by a large, beautiful Starbucks coffee when we ran out to do some errands. Alex woke up and asked me if coffee would make me happy <– how you know that I found a good one. (picture from a different day but coffee is coffee, amirite?)

Ryan: A big bowl of Greek yogurt with about a tbs of peanut butter and a tbs of jelly. His fave. When he’s being picky, that’s pretty much my go to because I know he’ll eat it.

Snack: Mostly picking at food- a few bites of Alex’s bacon, some cheese, a handful of nuts, some tomatoes.. whatever was within arms reach and obviously not photographed.

Ryan: Raisins and a strawberry banana smoothie with Alex. 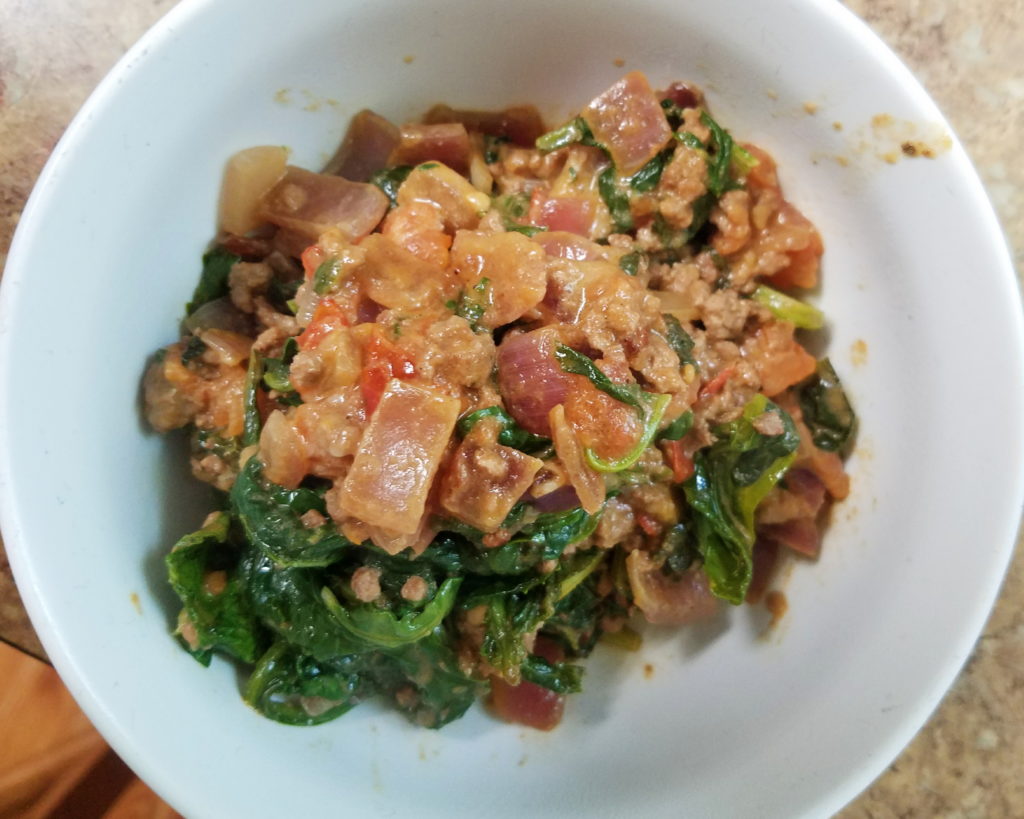 Lunch: I ate in the glorious 30 minutes both boys were napping – cooked some onion, tomato and ground beef in some garlic butter before adding in a bunch of a bag of “juicing mix” – baby kale and spinach – that was starting to wilt. Finished with a tiny bit of half and half and parmesan cheese – the best. Just realizing how freaking ugly is is now, but whatever. It was good. And I was way too hungry to make it pretty. 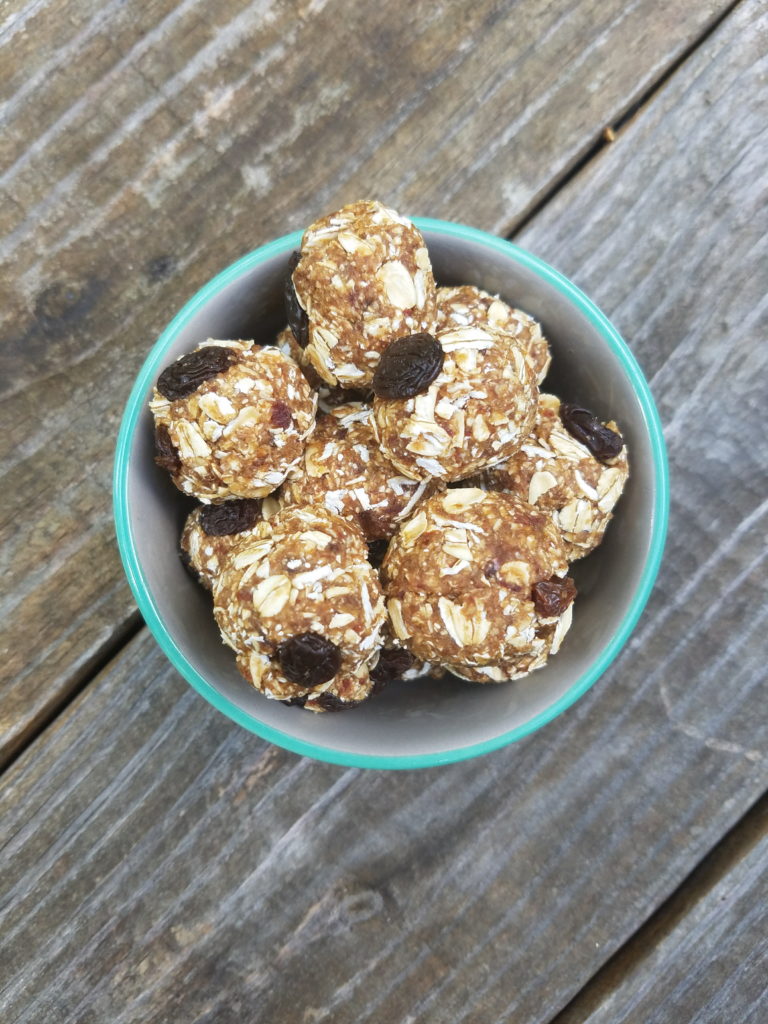 Ryan: I was recipe testing/photographing, so I gave him these 2 toast creations for him to pick apart. How cute are they? They (plus 8 more!) will be on the blog tomorrow! He also had a lot of strawberries and some Cheerios. 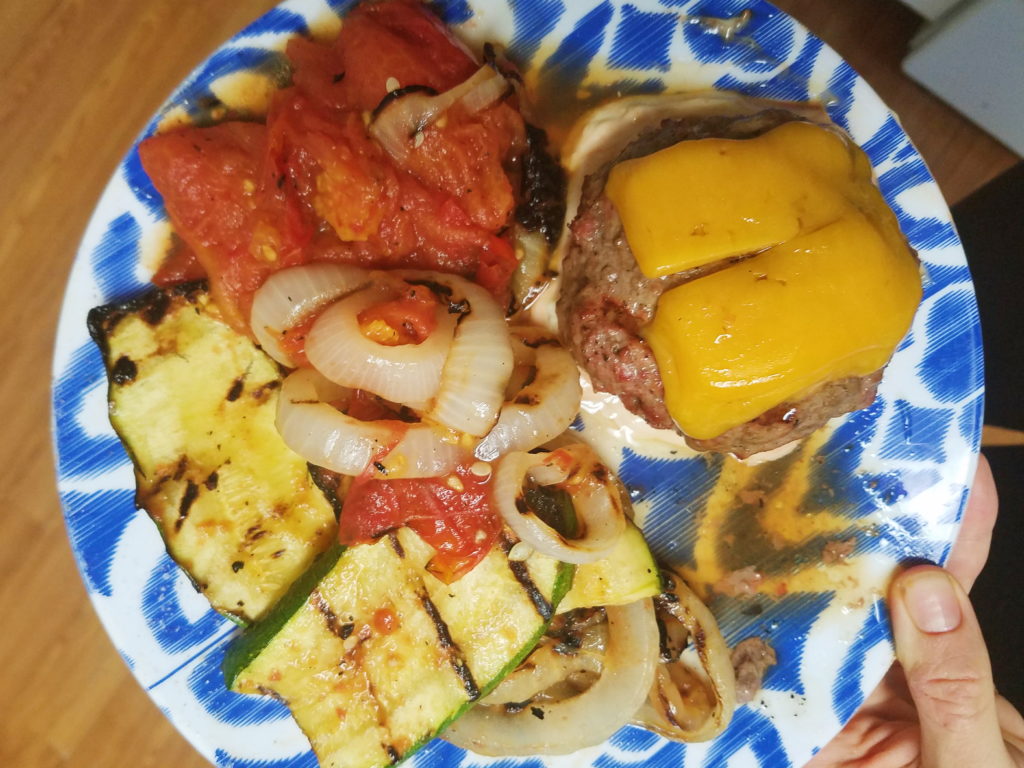 Dinner: Nakey burger with cheese, plus a random mix of grilled veggies that were in the fridge. The tomato ended up making a kind of dressing that was so good and now I’m dying to make a real grilled tomato dressing.

Ryan had the samesies as me, but for some reason, the photo has gone missing. Or I never took it. Idk, the coffee nap was wearing off at this point. Instead, enjoy his picture of another meal of his that is pretty similar. whatevs. 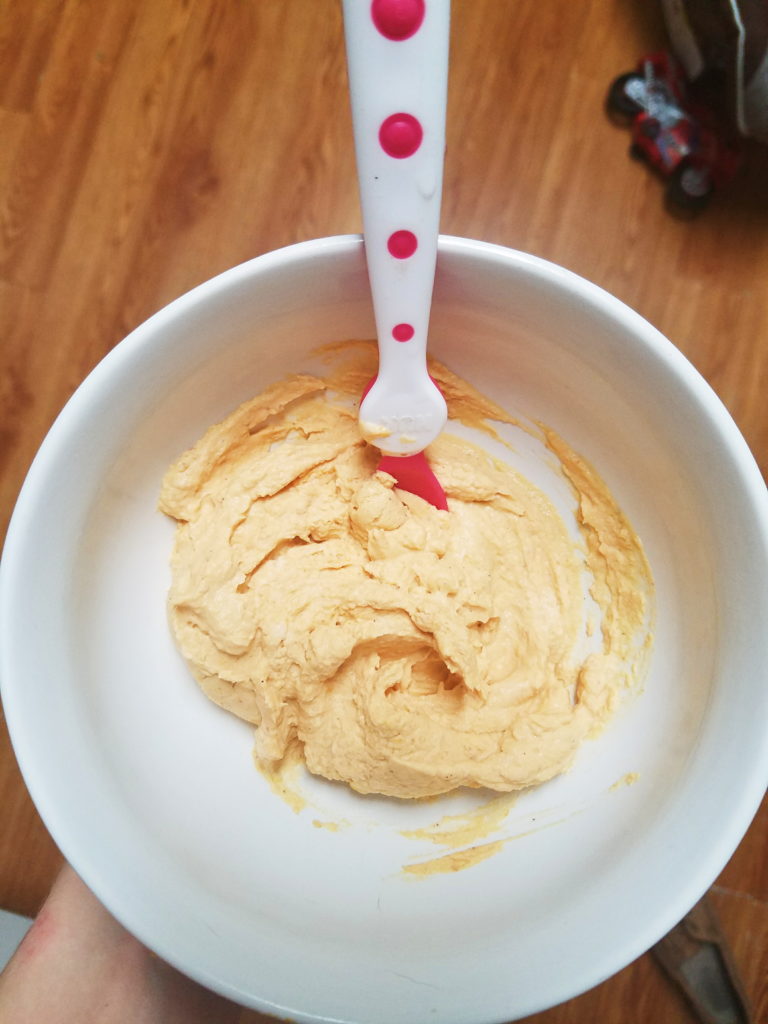 And that’s it! Nothing crazy but still tasty and delicious!

So tell me – do you like playing with your (or your kids) food? Ready for fall yet? Let