Hello, from Austin, Texas! We made it here Sunday afternoon after a very long car ride and we love it here just as much as we did last time, if not more. The boys have both been so, so good. Yes, we’ve had our fair share of what I assume to be homesickness and just general unease at getting out of their comfort zones, but for hte most part we are thoroughly enjoying first Wieboldt Family Vacation.

Anyway. although I have SO MUCH to share with you all, today I’m just stopping in to share some of my favorite Austin eats so far, (including all of Tuesday’s food) for What I Ate Wednesday! 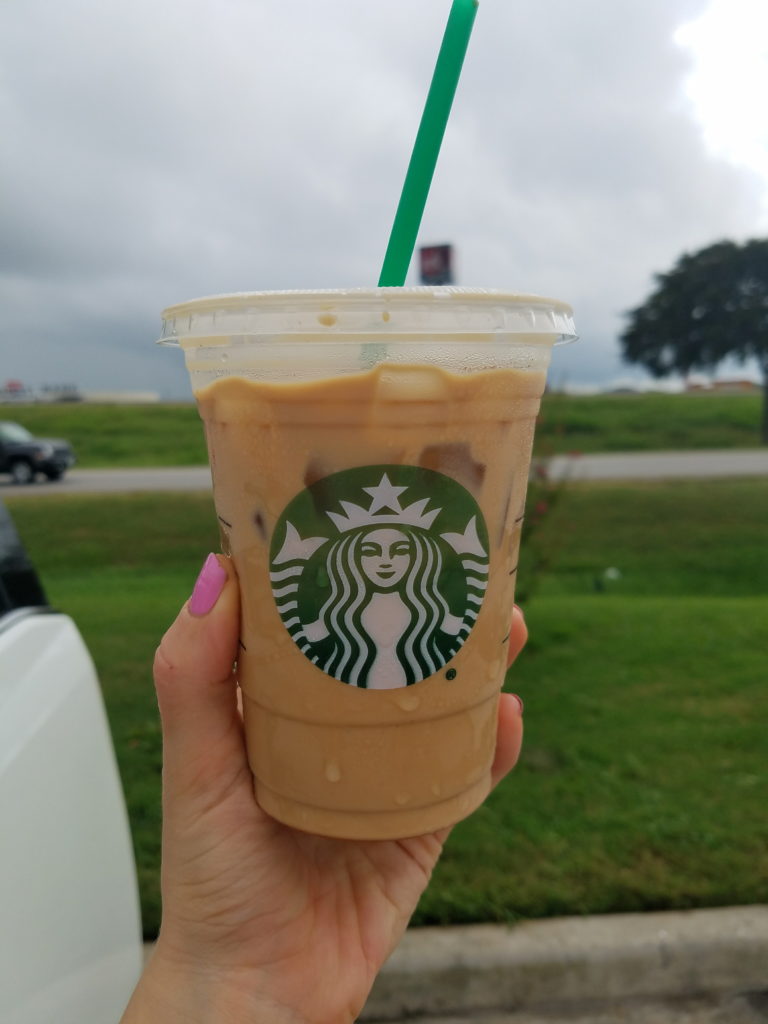 Breakfast: Sadly, I have yet to manage to capture a photo of breakfast. Our hotel offers a decent breakfast bar and we usually all grab a yogurt and a bowl of toppings to devour + a bread (Tuesday was biscuits because the South is awesome) Instead, enjoy this lovely photo of a Bucks iced PSL I enjoyed on the side of a highway on our way down. 😉 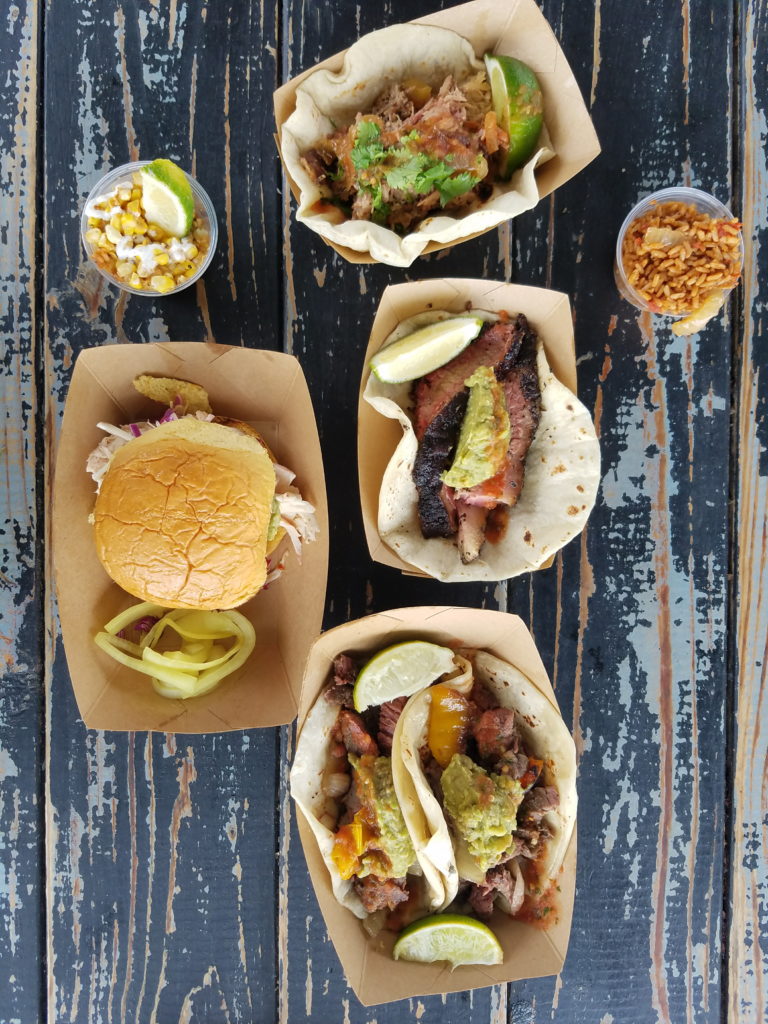 Lunch: Lunch was a bit of a you-know-what show, in the sense that we went to our intended spot and it was closed! And then we went to our second choice and IT was closed. Wtf. So instead of struggling (#firstworldproblems) to find a third we went to the same amazing place we went to for our first meal in Austin – Valentina’s Tex Mex. It’s a trailer that boasts both tacos and sandwiches stuffed with Texas barbecue and omg. Worth going more than once. Tuesday we got Ryan a pulled chicken sandwich and we enjoyed an array of tacos – beef fajita, pulled pork, sliced brisket – and corn + Mexican rice. To say we are eating well in Austin would be an understatement. 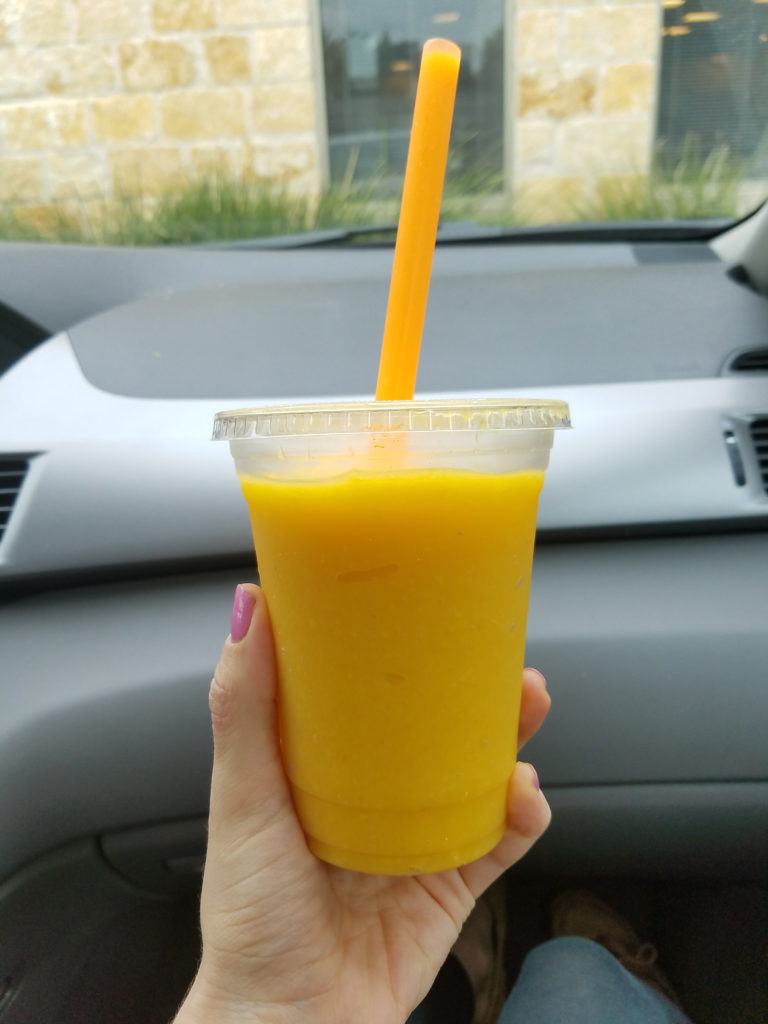 Snack: We headed back to the spot we hit for dinner the night before (see below) and grabbed smoothies. We’ve been getting Ryan one after hit naps since he normally has one in the mornings at home so we feel like it’s probably a comfort for him plus we know 100% that he will devour it – some other food has been hit or miss while we’re out with him. I got a mango OJ one, and even though I am definitely not a smoothie gal, I was diiiigggin this. I’m already planning my next one(s) 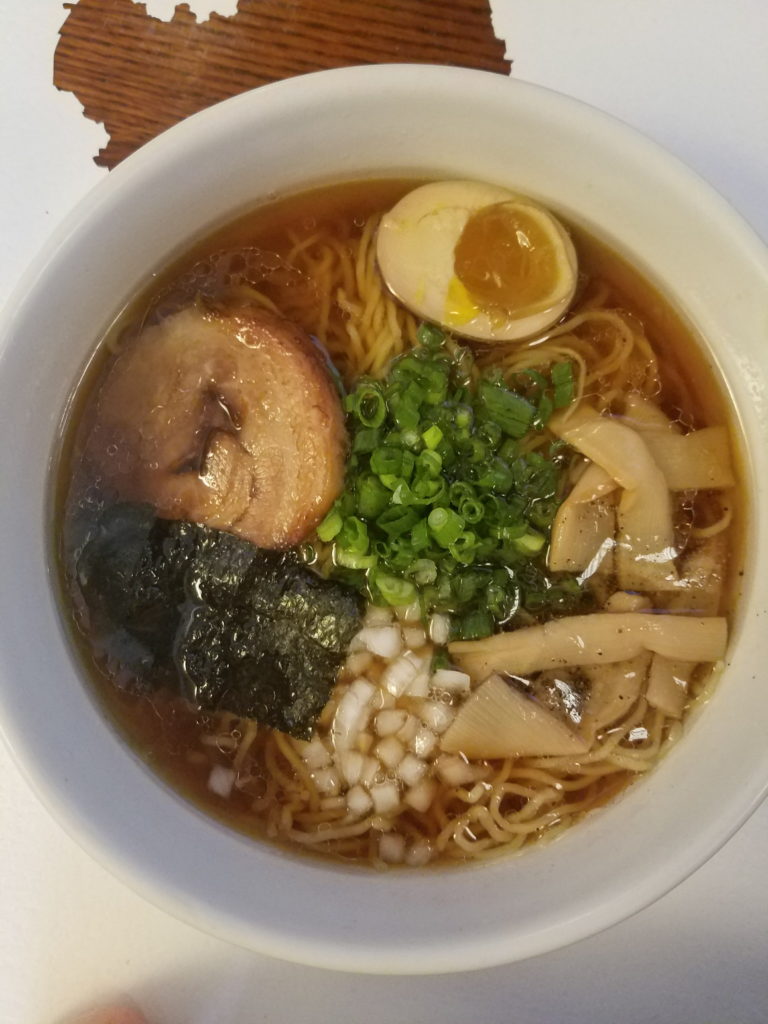 Dinner: We switched it up from what we have deemed to be a taco-cation and grabbed – ramen? Yeaup! We went to Ramen Tatsu-Ya and although my ramen experience is limited mostly to the 10 for $1 packs you eat in college, Alex and I agreed this spot was amaaaazzzinngg. Alex even ate his egg, and I literally have never seen him eat eggs in the 5 +years I’ve known him. 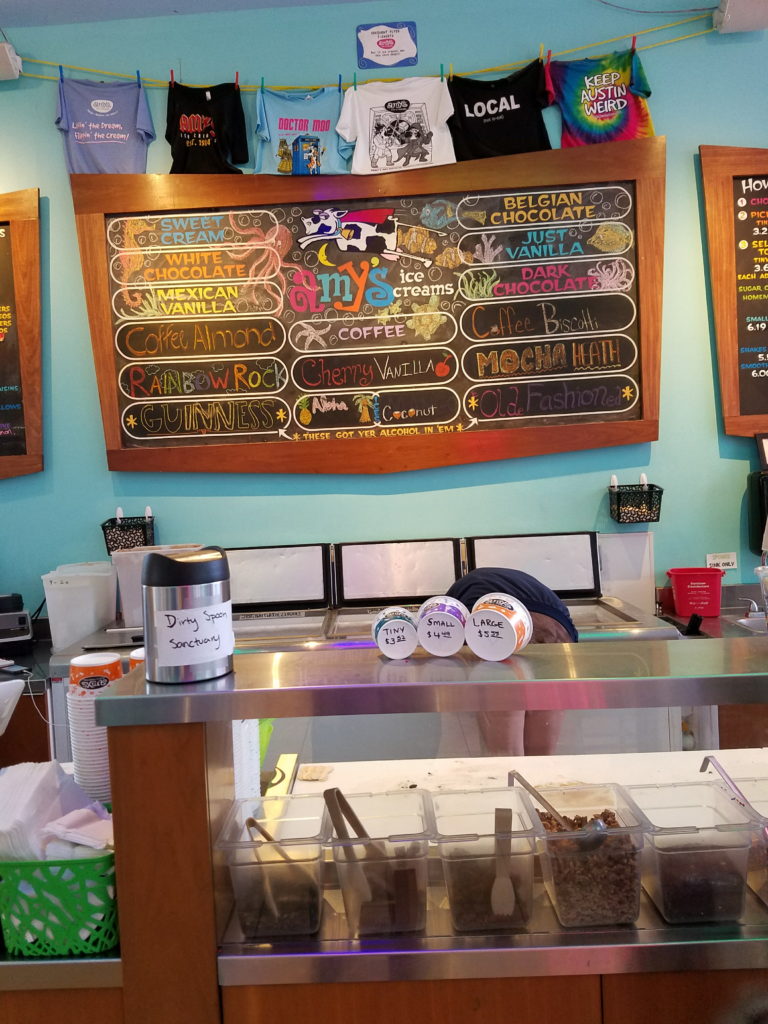 Snack: If you were to ask me at any point in the past 3 years since we last were in Austin what the highlight of my trip was, I would say either the zoo (the Austin Zoon is amazing and we’re going tomorrow!!) OR Amy’s. You guys, this place is unreal. It’s like Coldstone Creamery but 57503684704740x better. This picture does ZERO justice, but it was sweet cream, Oreos, and cookie dough – basically my standard favorite (though, throw a Reeses in there in substitute of the Oreos. trust me. Alex hates PB though so I’m a good wife and omit.)

OTHER EATS so far: 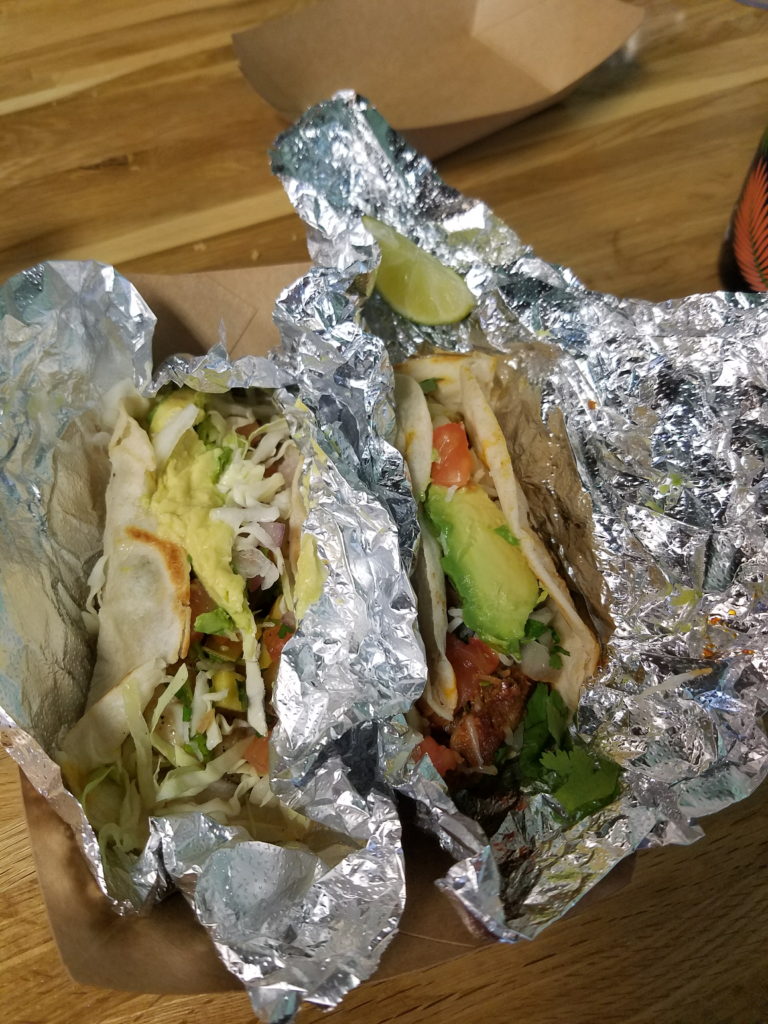 Tacos from Veracruz All Natural. I got the Al Pastor and a fish taco – these tacos were HUGE, cheap and filling. Perfect. We agreed that if this place was near us we would eat here all.the.time.

Chips. (+guac) How can you go wrong with fresh chips? These were also from Veracrus and Ryan was a little tyrant guarding them for all he was worth. 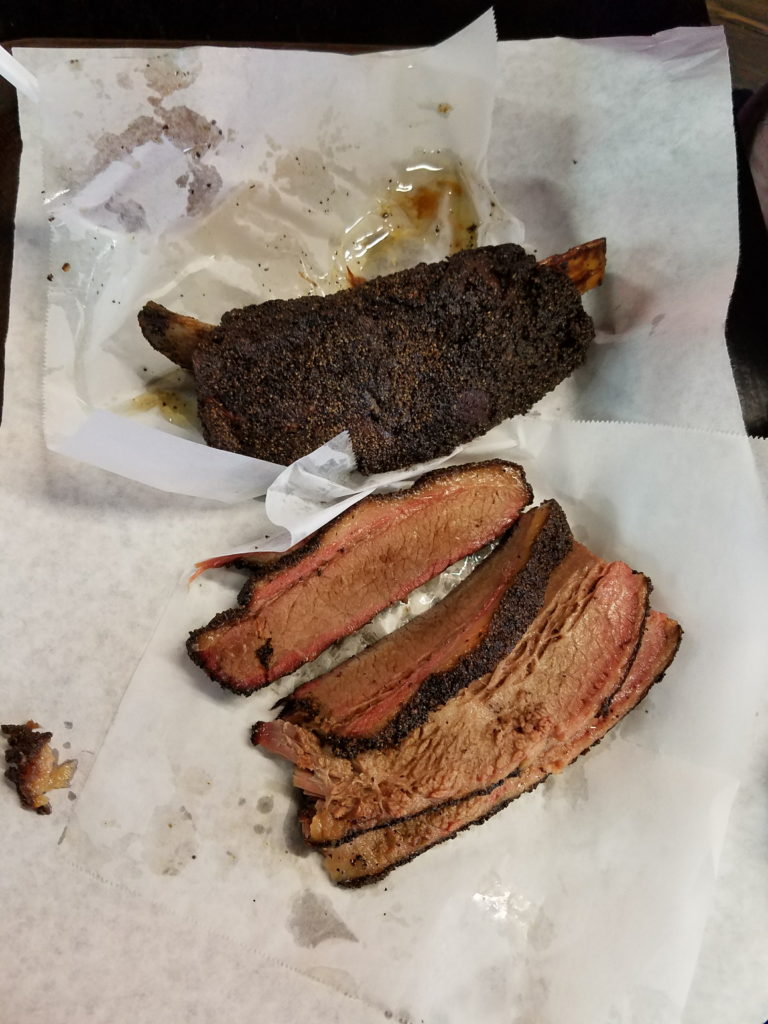 Barbeque. Alex is the biggest BBQ lover I know, which is the reason we originally came to Austin. This plate was from Louie Mueller and included brisket and a beef rib. I’m a BBQ like-er, not totally omg obsessed like Alex, but he said it was very good. 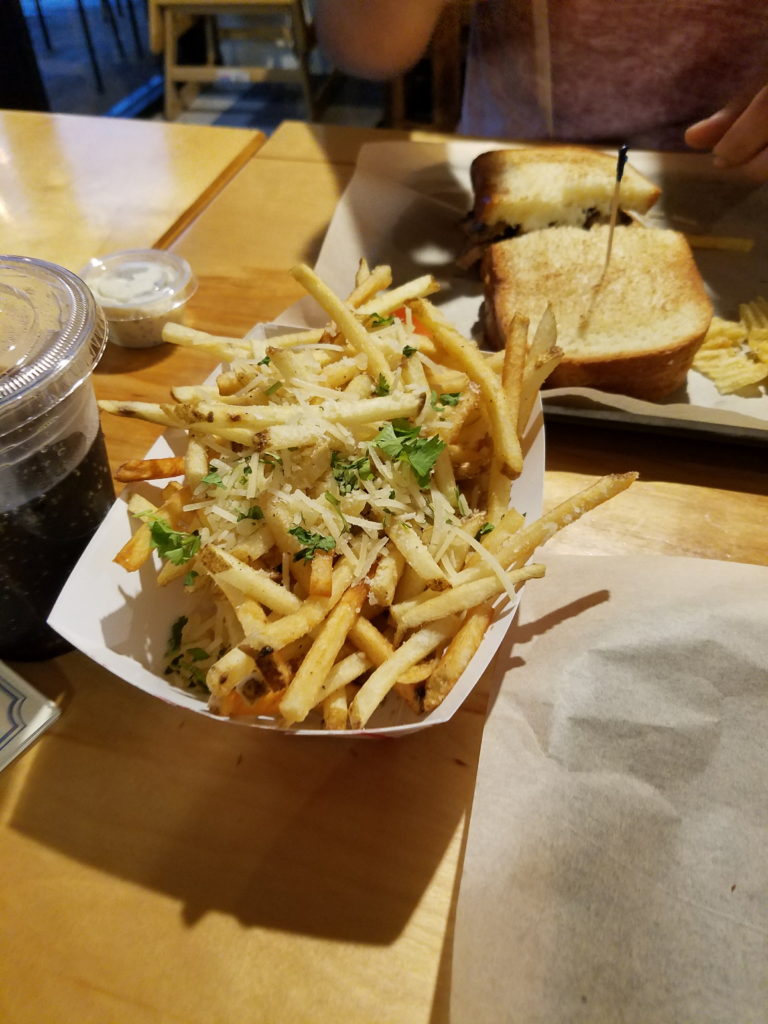 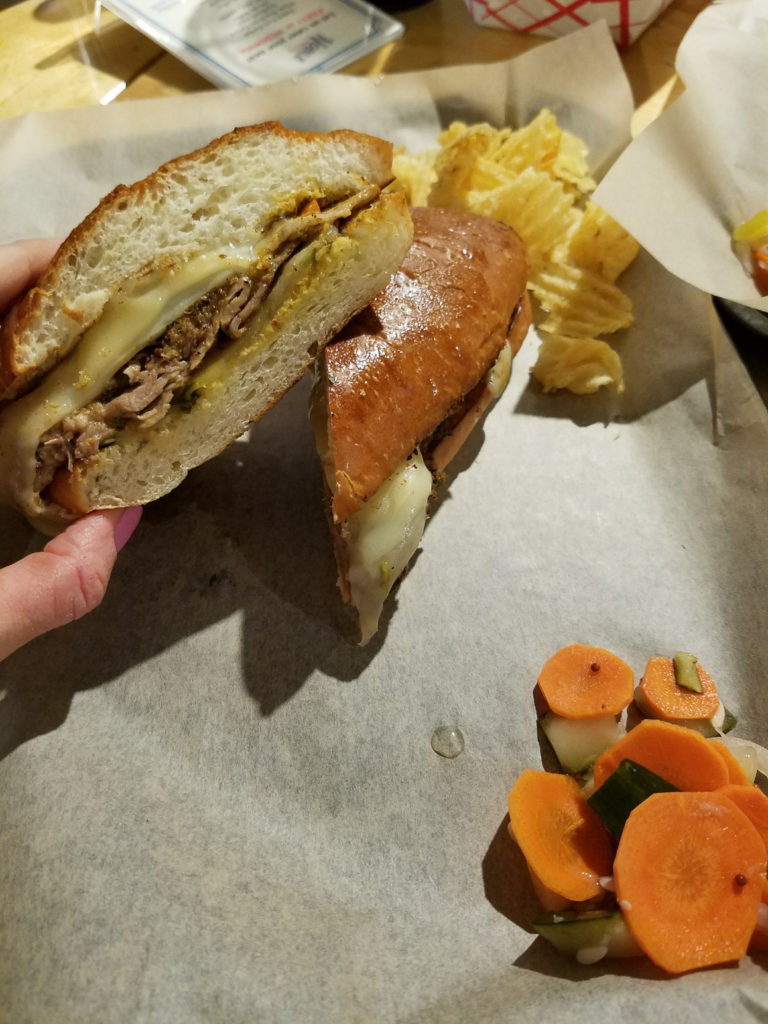 Noble Pig. This is a spot I regretted missing last time around and it didn’t disappoint. This Cuban wasn’t what I expected (it wasn’t pressed which confused me) but still so, so good and I mean, add free pickled items as a side to anything and I’ll be a happy lady. Also included were homemade chips (kind of like Ruffles) + we bought a side of truffle fries that were ridiculous.

Alright, my friends – I’m off to bed before hitting La Barbecue and the zoo tomorrow!

So tell me – any MUST hit places that we might be missing? We’re open to everything!