Sleep is what all new parents seek. My son was the worst sleeper I’d ever hear of, and while I got used to it, I’m hoping our next will sleep better. With number 2 on the way, I’m taking note of all the sleep mistakes I made, so that I hopefully won’t repeat them!

Sleep mistakes are inevitable for any new mom, especially one with a bad sleeper. It’s no surprise to long-term readers that Ryan was a very bad sleeper. Has been since day one. As a newborn, he had those dreaded 3 months of colic, and he never once slept through the night until he was maybe 18 months and I had weaned him. Even now, at 21 months, he will occasionally wake up at 4 am, ready to party, have a 2-3 hour midnight whining session, or fight and skip naps (that he isn’t ready to drop yet.) While I do believe some of this is predisposed – I think regardless, Ryan would have been a bit of a bad sleeper with his colic – I believe some of my own sleep mistakes I made as a first-time mom with absolutely no child/baby experience added to his problems.

Now that I’m expecting baby number 2, I’m reevaluating where I may have gone wrong and how I can help this new baby sleep with the best of them. With this in mind, today I’m sharing the 4 sleep mistakes I made with Ryan, as well as the 1 thing I definitely did right.

I underestimated his ability to fall asleep on his own. Some babies need to fuss a bit when they’re first put down before falling asleep. To this first time mom, it meant, “Oh, he’s not ready to go to bed or be put down yet, let me pick him up and nurse/rock him for another 10 minutes.” I would put him down when he was sound asleep, sometimes even waiting 5 or 1o minutes after he had unlatched in his sleep before putting him down. In retrospect, I now realize I wasn’t giving him the chance to learn to fall asleep anywhere but in my arms, so how on Earth could I expect him to do so?

I immediately comfort nursed at any every vague sign of discomfort. This is obviously not a bad thing. Every parent hates seeing their baby uncomfortable. And if you have a (somewhat) immediate fix, why not go for it? But this wasn’t letting Ryan learn what was a ‘true’ problem and what wasn’t. With the next, I’ll probably assess the situation before throwing him on the boob. Is his diaper wet, could he have gas, is he hot/cold? I think this will help the baby learn how to self-soothe easier.

I picked him up too quickly. The second Ryan would make the teeniest noise, I ran in there to nurse him back to sleep. I didn’t give him a chance to self-comfort and fall back asleep on his own, and I wasn’t able to learn what noises were just him moving around and settling himself (as humans, we naturally come out of REM sleep and ‘wake-up’ about every 90 minutes) and which were actually him needing me to come in and comfort him. My eagerness impeded both of our ability to learn.

I didn’t enforce a bedtime. I couldn’t tell you when I finally enforced a bedtime with Ryan, but I do have memories of Alex coming home at 1030/11 and Ryan being in his jumpy.  He would go to bed at a reasonable time, wake up to nurse and then not fall asleep easily, so I would wake him up and call it a ‘nap’. Once we started enforcing a bedtime of 7(ish) every night that we’re home, life got easier for everyone. 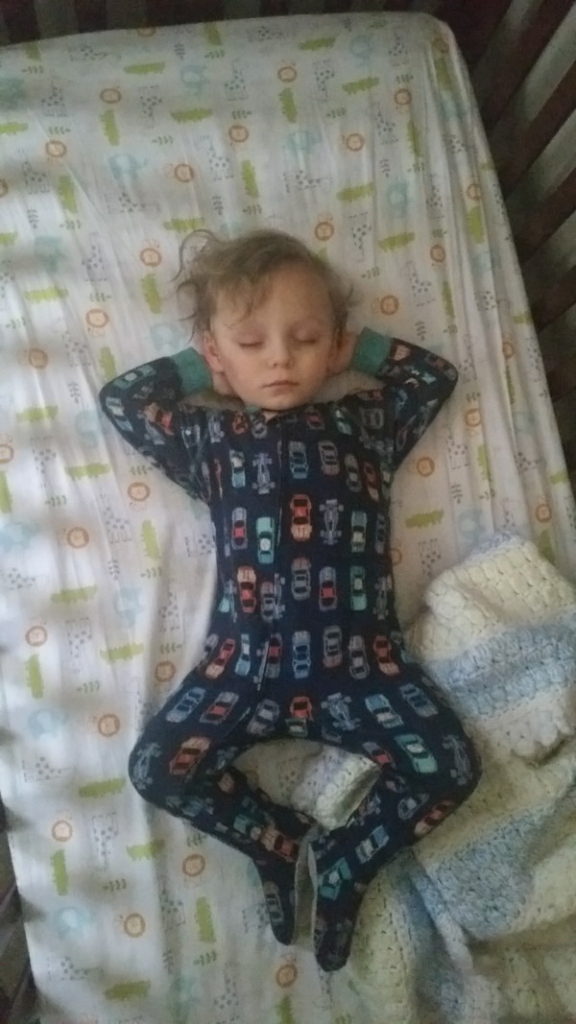 But you know what? I didn’t do everything wrong. I definitely did at least one thing right:

I trusted my gut.

The most powerful weapon a mother has is her gut. Listening to our gut is the most important thing we can do as parents. I’ve mentioned before that at about 6 months we attempted to wean Ryan a little using CIO. After a night or two, I decided that he wasn’t ready for this. And that’s okay! I went with my gut and went back to the routine we had previously established. We did see a few benefits from attempting this kind of weaning, like his being able to fall asleep on his own after some whining, but I felt he just wasn’t ready. When we tried again after 1 year, it worked so.much.easier, so I think this was the best decision for us. It’s just one example of how using my gut was the smartest thing I’ve done so far as a mother. So while I did in fact make numerous sleep mistakes, trusting my gut was not one of them.

So what sleep mistakes did you make with your children? When have you trusted your gut with your kids? Any tips for keeping a toddler asleep with a baby in a tiny house? (HA!) Let me know in the comments!

4 Tips for Losing Patience as a Mom.

Reading to a Toddler Who Won’t Sit Still.