I’m back! I had the intent of doing these bumpdates every week, but such is life and sometimes they don’t happen. To be totally honest, I’m not that mad about it since not THAT much happens week to week and sometimes I feel silly writing about my undying love for Chipotle week after week. Anyway, let’s get on the that belly, shall we? 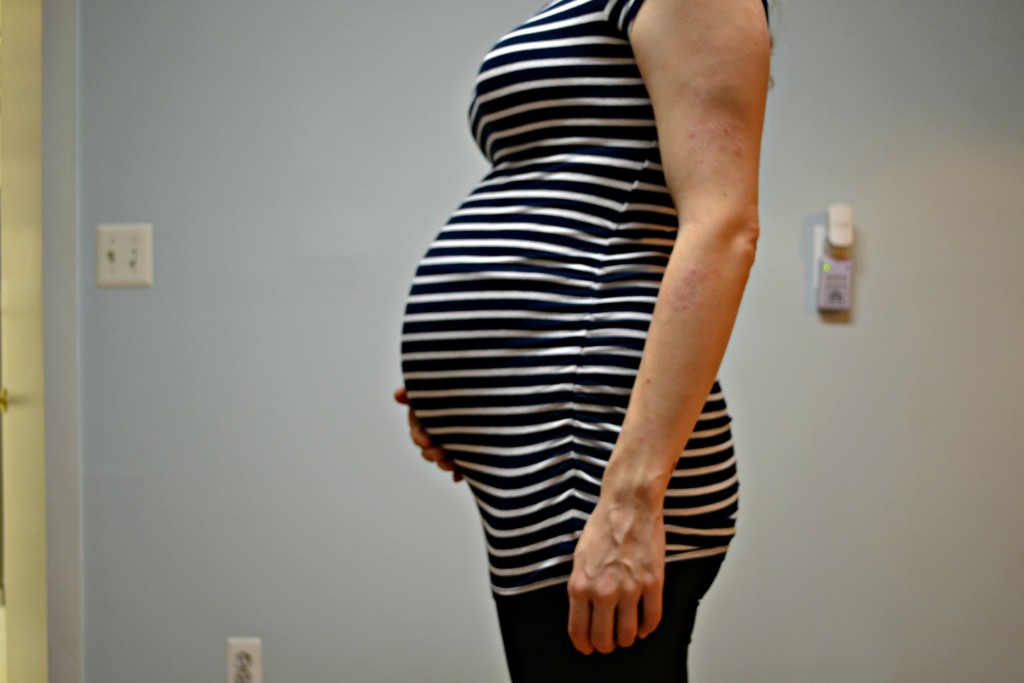 That’s a big ol’ belly. Much bigger than with Ryan.

sometimes I ask my husband to take a picture of me and he doesn't warn me about my hair. thanks babe. #24weekspregnant #18months #babywearing #ergobaby #brooklyn

Cravings: You guys, Chipotle. Always. We actually got Ryan his first bowl for himself 2 weeks ago, and it was magical because I got my first whole bowl to myself in a LONG time. Sharing is overrated. Also, I really, really wanted chocolate cupcakes yesterday. I don’t even like cupcakes, guys. But other than the norm, red meat. Give it ALL to me. With Ryan I had an iron deficiency and I plan on bringing it up at my next appointment.

Aversions: While I love to eat garlic, the smell of it kind of skeeves me. This is partially because out cutting board reeked of it last week, but still. We use a ton of garlic in this out.

Symptoms: A poop ton of big and uncomfortable Braxton Hicks. I had the same thing with Ryan – lots of very strong BH all day long. Other than that, I’ve definitely had some heartburn lately, and my normal hip pain. Not sure if I’ve mention it here before, but with Ryan I had a pretty horrible hip pain from maybe 16 or 18 weeks+ on either side of my tailbone that would radiate down my legs. It’s been progressively getting worse since 12 weeks this time around. Any day that I do a lot, bend over a ton, hold Ryan a lot, the pain is pretty bad the next day. Also, if I lay on my back or even just on the couch leaning back, moving is horrible. Same thing with getting out of bed (I roll. It’s a sight), lifting my legs to shave, etc. Anyone have experience with this? My doctor last time basically told me it was just a general pregnancy pain that would go away (it did, for the most part) once Ryan was born, but it never felt like a “normal” pain.

Sleep: No bueno. I don’t remember ever truly having problems sleeping when I was pregnant with Ryan other than having to pee a lot, but my goodness with this one… Every single time I wake up, I’m up for at least a half hour. At least. Which means if I go to bed at 10, I’m up when Alex gets home at 12:30, then when he goes to bed after 1, then the 2 times at least Cooper inevitably has to go out lately (ANYONE HAVE TIPS FOR THIS??! I think it’s because Ryan’s been sleeping through the night lately.) and if Ryan wakes up, which thankfully isn’t too often any more, holla! But still. Add all that up, and it’s a lot of time laying in bed utterly exhausted.

All in all, regardless of my whining, this pregnancy has been so smooth that I can’t complain (much). I’m so lucky to so far have had 2 healthy pregnancies that I genuinely enjoy. I really like being pregnant, and I’ll be super sad when this one is over. But, I can’t wait to see this little guy! 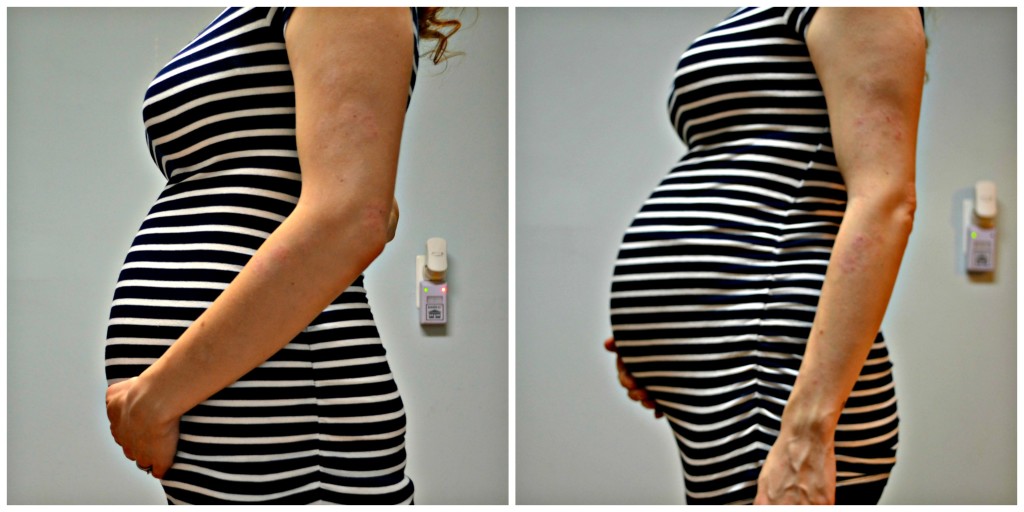 Also, let’s check out this comparison – just over a month apart, and this baby is a growin’!

I’ve been talking with Alex lately a lot about what we think he’ll look like or act like. Will he look just like Ryan, or totally different? They already seem so, so different personality wise, that I wonder if it will continue once he’s out. Either way, we’re excited to meet him!